It's just like Jurassic Park, except for real, and also with several key practical differences! 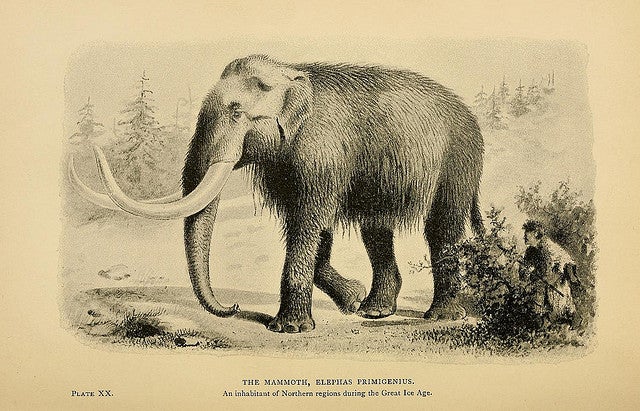 Japanese researchers, led by Akira Iritani, professor emeritus of Kyoto University, have begun plans to resurrect the long-extinct (except in our hearts and minds and museums) woolly mammoth through new cloning techniques. The researchers hope to induce the birth of a new woolly mammoth–the first since the last Ice Age–within five or six years.

Thanks to the relatively recent death of mammoths (compared to, say, dinosaurs) and the frigid conditions in which they lived and died, there have always been lots of well-preserved mammoth bodies in the Arctic north. In the past few years, that has led to an interest in cloning the creatures, but there was always some kind of stumbling block. Infuriatingly, the very thing that makes the mammoth so well-preserved–the ice and freezing temperatures–left much of the animal’s DNA too damaged to properly clone.

Minor steps forward included a mostly-complete mapping of the creature’s DNA, thanks to the discovery that the keratin in hair left the DNA inside mostly protected–but actually extracting frozen DNA has been unsuccessful thus far.

But a new development last year gave mammoth-reconstructionists hope. Teruhiko Wakayama of the Riken Centre for Developmental Biology developed a new nuclei-extraction technique that enabled him to extract viable DNA from a mouse that had been frozen for 16 years at temperatures comparable to those in the final resting places of the mammoths. Iritani and the mammoth team created a method based on Wakayama’s technique that succeeded in extracting nuclei of mammoth eggs without damage–a major advancement in the quest for resurrected mammoths.

Of course, that’s not the only obstacle. The mammoth nuclei will have to be implanted into an elephant’s egg cell, creating an embryo with mammoth DNA which will then in turn have to be implanted into an elephant’s uterus. Frozen cloning of any sort is only about 30% successful, and though genetically elephants and mammoths are very similar, there’s no telling how difficult it will be to induce an elephant to give birth to a mammoth. But Iritani hopes to overcome the remaining obstacles within five or six years, after which they’ll hopefully have a new mammoth to study. The team wants to use the cloned mammoth to figure out the precise reason for the extinction of the species–at the moment, there’s debate on the subject, with some arguing for climate change (i.e. an Ice Age) and some arguing for hunting to extinction by, well, us.