There's a lot of buzz around it 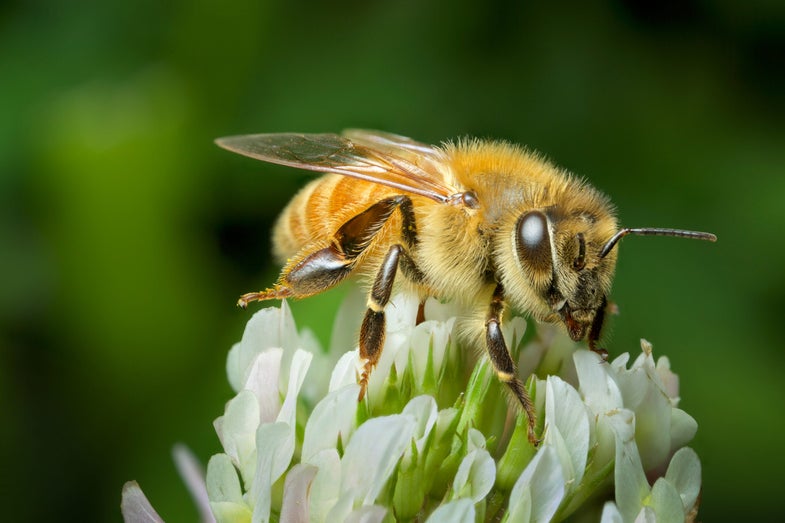 Yep. Those bees. Sure, some people might have had a bad encounter or two with the wrong end of a bee’s stinger, and might be on guard around the little insects.

For the most part though, bees get a bad rap. In addition to creating delicious honey, they also help pollinate crops, to the tune of $15 billion dollars every year in the United States. Without their help we wouldn’t have food.

And that’s why it’s not great news that bees haven’t been doing so well in recent years. Last year, the United States lost 40 percent of its honeybee population, a devastating loss. No one is exactly sure what’s causing the collapse, but climate change, pesticide use, disease, and habitat loss are all suspect. And other countries around the world are having the same difficulties. In Norway, which also noticed declines in bee populations, people are creating a ‘bee highway’ that gives bees a safe haven in the middle of the country’s capital city. See a map of the highway — made up of individual honeybee habitats — at pollinatorpassasjen.no. 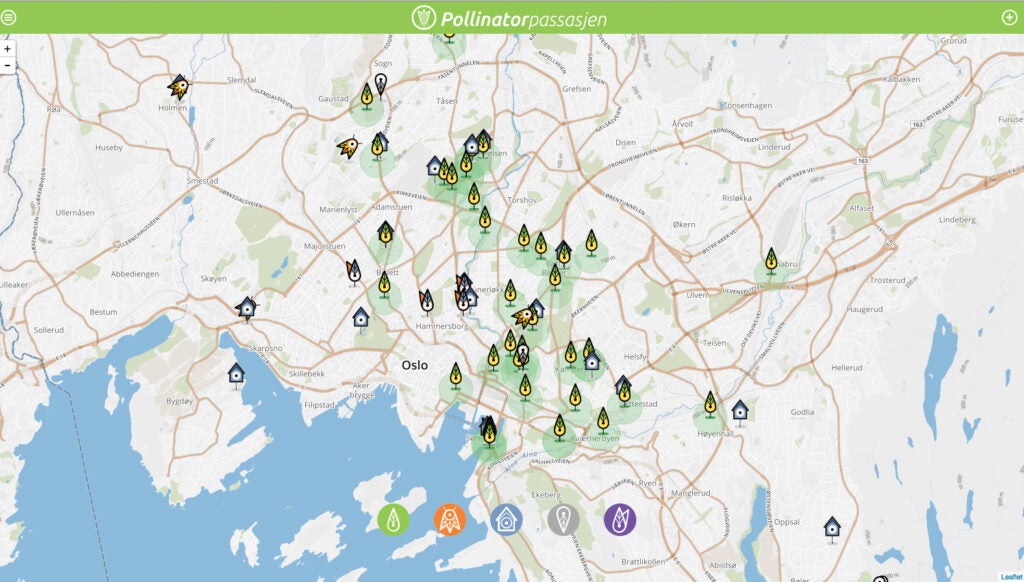 Map of the ‘bee highway’ created by residents of Oslo, Norway

The program is a mix of government funded green roofs and private gardens, and is hailed as the first such highway in existence. Bees, like most animals on Earth, like to move around, but when their habitat is fractured into tiny areas of flowering plants broken up by concrete or grass, it can be difficult for them to move from one habitat to the next. By creating a network of flowering habitats (or a ‘highway’) the hope is that the bees will be able to move freely, without being unduly stressed.

Other countries are also allying themselves with the bees. Last year, President Obama announced the creation of a pollinator task force to help solve the bee crisis. This year, that task force came back with some recommendations for preventing pollinator deaths.

The three goals are:

Could the United States have a bee superhighway in our future? It certainly seems possible given the last of the goals. In the meantime, we’re going to keep an eye on the development of robo-bees (still in the very early stages), which could help fill in the pollinator gap while the bee colonies recover.