Weedkiller weakens bees by messing with their microbiomes 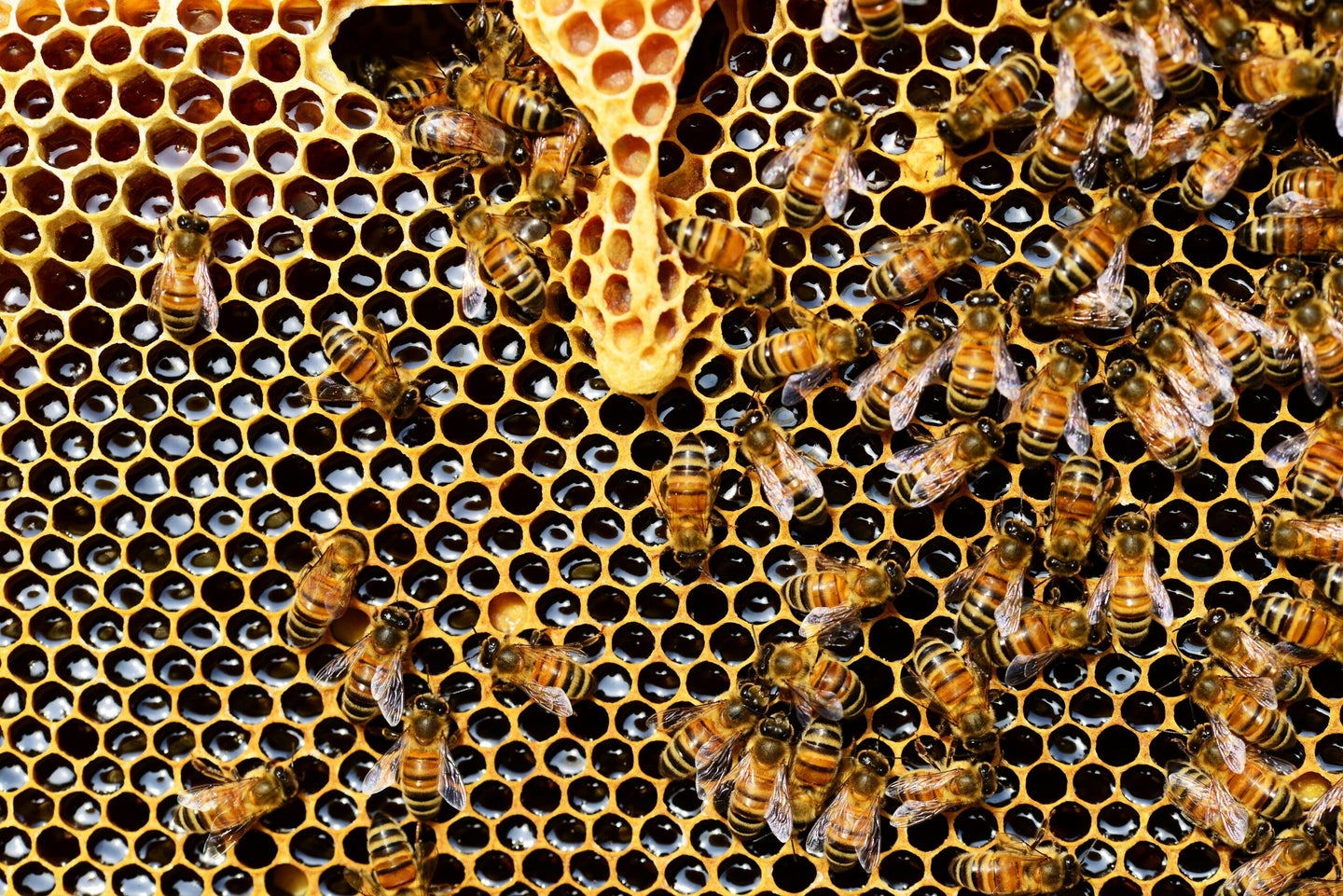 These bees probably have no idea their health depends on tiny intestinal bacteria. Pexels
SHARE

For more than a decade, millions of bees around the world have been dying mysteriously. This week, scientists may have found another clue as to why—linking the popular weed-killer Roundup to problems in the microbiome of honey bees.

Previous research has linked the plight of the bees to common pesticides, pests and pathogens, and global climate change. Glyphosate, the active ingredient in Roundup, could contribute by messing with the balance of healthy bacteria in bee guts and making them more susceptible to disease, according to a new study published this week in Proceedings of the National Academy of Sciences.

“There are many factors causing death in beehives related to colony collapse disorder, and we want to know what’s really causing that,” says Erick Motta, a graduate student at the University of Texas at Austin and one of the authors of the new study.

Glyphosate doesn’t actually kill bees outright. Roundup is an herbicide rather than a pesticide, which means it is specifically formulated to kill plants, not animals or insects. It’s primarily used to kill weeds and other unwanted greenery in gardens, yards, and agricultural fields—many genetically modified crops (GM-crops) are engineered to withstand showers of glyphosate and other agrochemicals, allowing farmers to apply Roundup more liberally. The product works by halting activity in a particular enzyme that exists in all plants and some microorganisms.

But just like humans, bees have a community of bacteria living in their digestive tract, called a microbiome. Some of those microorganisms contain the same enzyme glyphosate targets.

To look at the bee microbiome on Roundup, Motta took 2,000 honey bees from hives at the University of Texas campus and fed them either a low dose of glyphosate, a high dose, or a glyphosate-free syrup. Both glyphosate dosages approximated amounts commonly sprayed on yards, agricultural fields, and roadsides. Motta then released the bees and sampled 15 from each group before and after three days back in the hive.

In the sampled bees, some gut bacteria, like Gilliamella apicola, actually increased in number. Others, like Snodgrassella alvi, decreased. The overall bacterial count decreased for both exposed groups of bees, but the change was only statistically significant for the group exposed to the lower dose. Motta’s not sure why, but one possibility is that his sampling method didn’t account for bees that died or abandoned the hive. Previous research has shown glyphosate can disrupt bees’ navigational abilities, so it’s possible that more bees on the high dose never actually made it home for testing.

Glyphosate seemed to affect Snodgrassella alvi, a dominant bacterium in the gut of honey and bumble bees, more than other microorganisms. This bacterium helps regulate immune response, says Motta. While researchers aren’t sure exactly how the microbe does this, but it’s possible that a biofilm the species creates inside the bee’s small intestine physically blocks pathogens.

Next, the scientists wanted to see if this bacterial change had any impact on the bees’ immune response. This time, Motta took young worker bees that had not yet developed a normal bacterial community in their guts. He fed one group glyphosate, then exposed all the bees to a pathogen that opportunistically preys on their kind.

After a week, more of the bees exposed to both glyphosate and the pathogen died than those exposed to just the pathogen. “Bees with a normal microbial community were able to deal better” with the disease, says Motta.

“This might explain, at least in part, why the bee colonies of countries that allow GM-crops are weaker and weaker and with lower probabilities to survival at the end of the season,” wrote Walter Farina in an email to Popular Science. Farina is a biological scientist who studies bee communication at the University of Buenos Aires and was not involved in the UT Austin study.

Monsanto, the company that manufactures and sells Roundup (and genetically modified seeds designed to resist its effects), maintains their research has found no evidence of glyphosate harming bees. In an email statement to Popular Science, the company stated: “Claims that glyphosate has a negative impact on honey bees are simply not true. More than 40 years of robust, independent scientific evidence shows that it poses no unreasonable risk for humans, animal, and the environment generally.”

The bee microbiome is an emerging area of study, says Amro Zayed, a biologist who focuses on bees and genomics at York University, who was not involved in the new research. “The authors eloquently show that [glyphosate] doesn’t directly affect the bees biology,” he says, “but it does affect this community of bacteria that live in the bees’ gut that digest nutrients and fight off infections.”