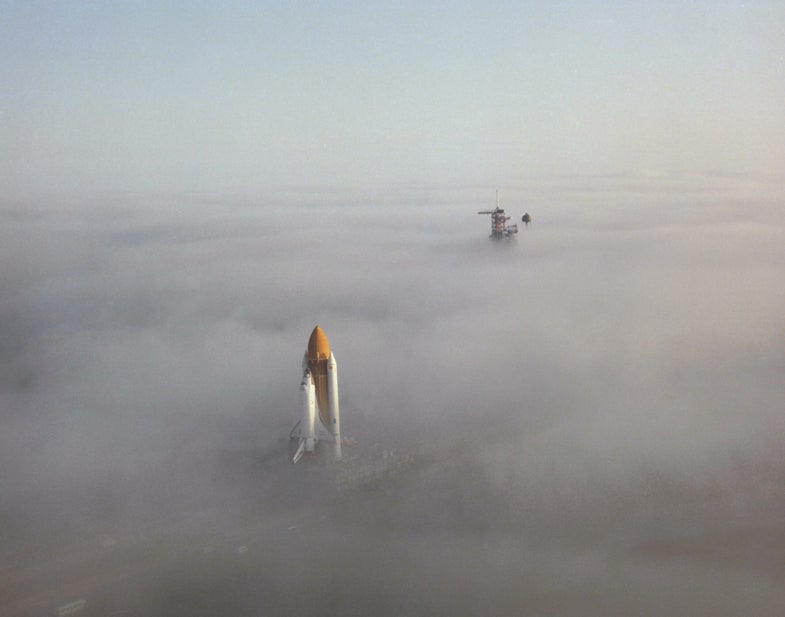 Clean drinking water is arguably the most basic human necessity, yet in developing countries it’s a rare and precious resource — nearly 900 million people worldwide live without it, according to the World Health Organization. One MIT researcher has a solution: Drink the fog.

Improved fog-harvesting materials could make it easier to collect water from morning dewdrops or coastal water vapor. Drawing inspiration from nature, MIT engineer Shreerang Chhatre is designing devices that attract water droplets and pool them together. Villagers could then collect water at their homes rather than lugging it across great distances, as an MIT News article explains.

Chhatre has been studying the materials used in fog-harvesting devices, which typically consist of a fine mesh panel that attracts droplets, which collect inside receptacles. Chhatre is studying the “wettability” of materials, seeking a combination that attracts and repels water. Fog harvesters would not do much good if they only soaked up water; you’d also need a surface that repels it so it can be collected later.

Fog harvesters are already available in Chile, where they are made of a nylon or polypropylene netting, according to the Organization of American States, which has promoted the technology in Chile, Peru, Ecuador and Guatemala, among other places.

The concept is at least 30 years old, but Chhatre has recently published papers in which he describes improving the efficacy of some fog harvesters. They work best in coastal regions, where winds move water vapor inland. But Chhatre is testing materials that could also work in arid climates that experience early morning fog, and in high-altitude areas where moisture collects on mountains and in valleys.

In some tests, fog harvesters have captured one liter of water (roughly a quart) per one square meter of mesh, per day, according to MIT.

Several high-tech solutions promise to provide potable water for the world’s poor, yet they are often expensive, cumbersome or otherwise impractical. Fog nets could be a simpler solution, Chhatre believes — as long as there’s enough investment to develop the technology. That’s where developed countries come in: Environmentally conscious communities might try fog harvesting to reduce the costs and emissions associated with transporting water and powering massive water treatment facilities.

If Chhatre can sell enough fog harvesters to affluent customers, their price could drop enough to make the technology more viable in poor countries, MIT says. Calling all San Franciscans!