Water Flea Genome is the Most Complex Yet, and May Help Scientists Study Organisms’ Response to Stress

A microscopic, see-through water flea is the most complex creature ever studied, genomically speaking. Daphnia pulex is the first crustacean... 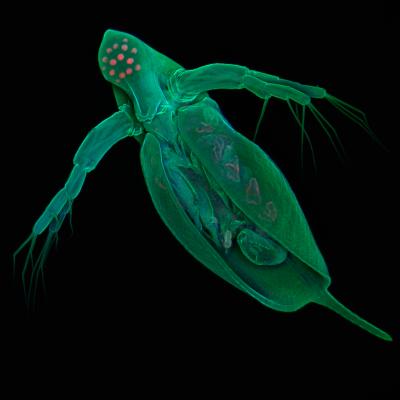 A microscopic, see-through water flea is the most complex creature ever studied, genomically speaking. Daphnia pulex is the first crustacean to ever have its genome sequenced, and it turns out it has about 31,000 genes — 25 percent more than we humans.

Of all the invertebrate genomes sequenced so far, the water flea shares the most with us, and scientists hope these shared genes can help them understand how humans respond to environmental threats.

The water flea, a shrimp relative, makes for an interesting subject because it can transform in response to stresses — it can develop spines, helmets or neck-teeth (really) in response to predator threats, according to scientists who participated in the sequencing project. They believe the vast number of genes is related to these abilities — itss gene expression patterns change depending on its environment. It has been compared to a modern mineshaft canary because of its responses to pollutants and environmental changes.

Now that scientists know what its genome looks like, and that it shares lots of genes with humans, they can start to study the environment’s effects on human health, too. James E. Klaunig, chair of the Environmental Health department at Indiana University, said the water flea will help scientists understand how environmental factors can affect cellular and molecular processes in animals.

It has only about 200 million bases, making the genome tightly packed. More than one-third of the flea’s genes have never been seen in any other creature and are brand-new to science. Many of those are duplicates, and they are the ones that are most responsive to ecological challenges, according to the journal Science, which publishes the genome sequence study today. 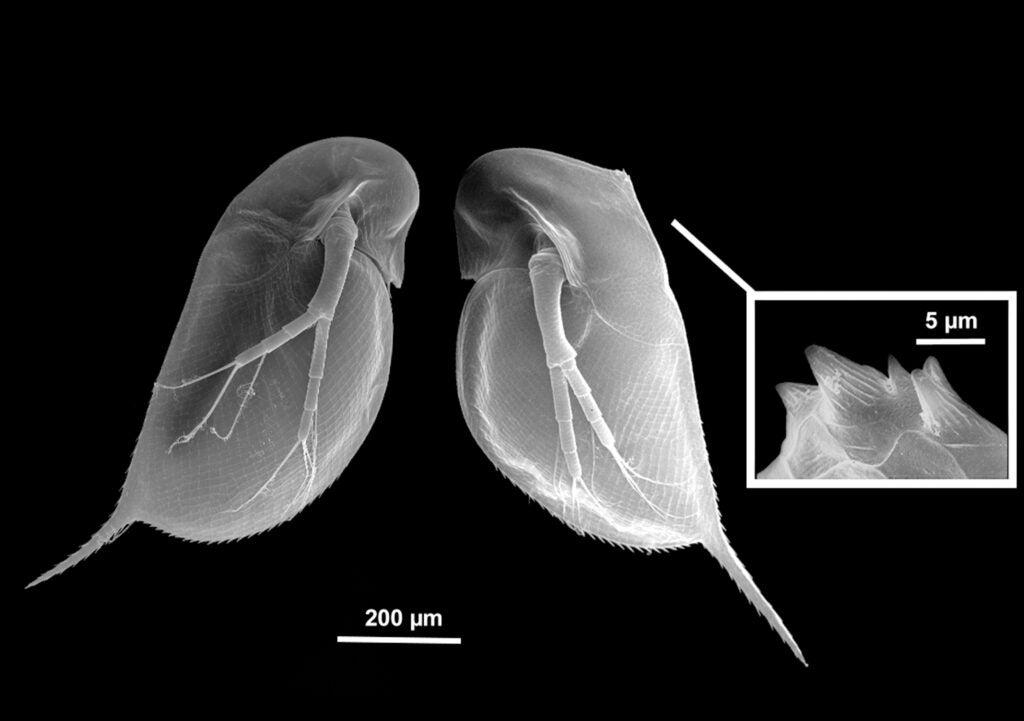 Inset is a closeup of defensive neck-teeth on a juvenile water flea.

The copied genes surprised scientists by acting quite un-copy-like — they changed their functions really quickly. The scientists assumed the genes would have the same functions at first, and mutate into new roles with age, but that wasn’t the case; they seemed to switch functions immediately, possibly right when they were copied. This phenomenon produces a steady pool of genes that have different expressions, allowing the preservation of some new functions through natural selection, said Kelley Thomas, co-author and a genomics professor at the University of New Hampshire.

All of this may help scientists understand how organisms, including us, respond to changes in their environments, said Joseph Shaw, co-author and a biologist at Indiana University’s School of Public and Environmental Affairs.

“With many shared genes between Daphnia and humans, we will now also apply Daphnia as a surrogate model to address issues directly related to human health,” he said. 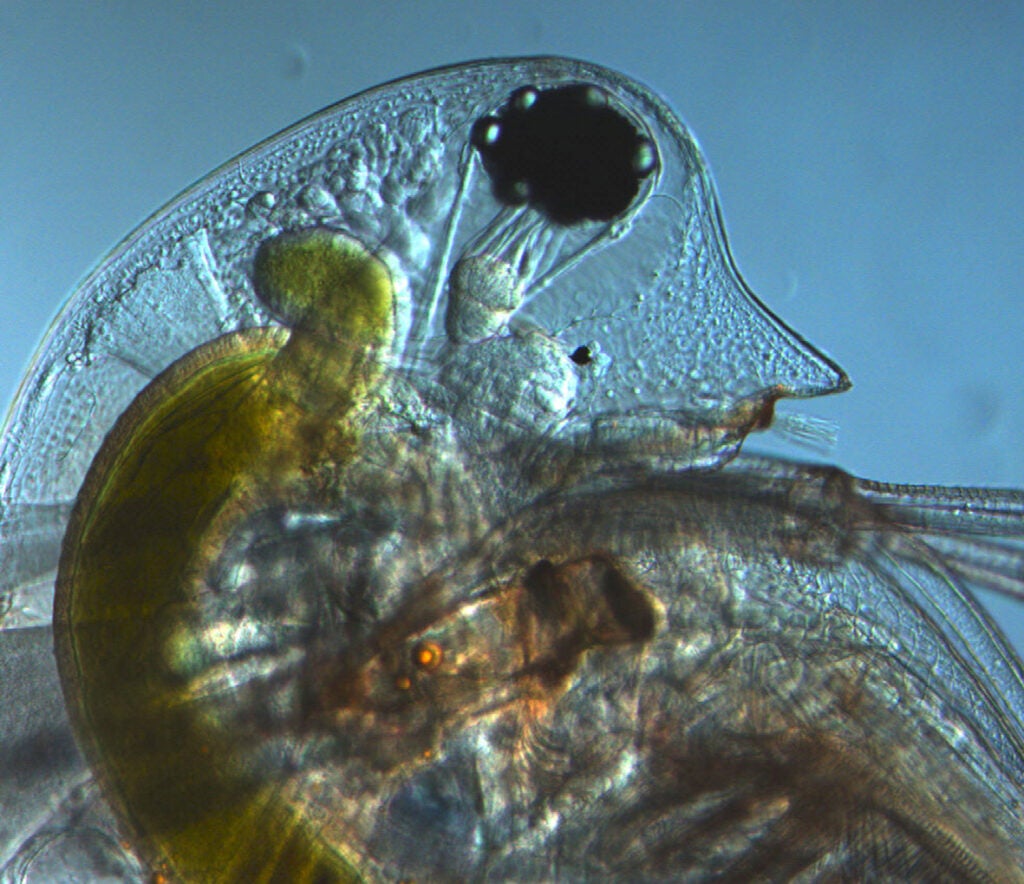