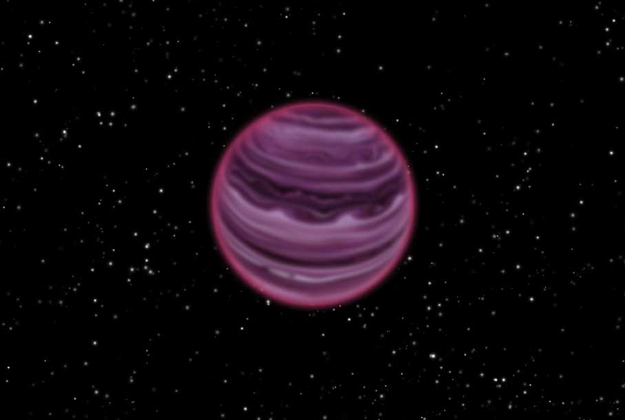 Most planets orbit stars, but sometimes, a planet just has to go it alone. Scientists discovered the strange lonely planet PSO J318.5-22 in 2013. The size of Jupiter, the planet was all alone in the universe, going on its merry way with no star to tie it down.

The planet is 75 light-years from Earth and very young–only 12 million years old. (For comparison, the Earth is about 4.5 billion years old.) Until this week, we didn’t know much more about it. But last week, researchers from The University of Edinburgh published a paper in The Astrophysical Journal Letters that revealed a stunning discovery; the planet had clouds.

And not just any clouds. The planet’s clouds are made of dust and bits of molten iron, and reach temperatures of approximately 1,472 degrees Fahrenheit, warmed by heat from the planet’s core. “These are likely hot silicates and iron droplet clouds,” Beth Biller, the lead author of the paper told New Scientist. “This makes Venus look like a nice place.”

PSO J318.5-22 is alone, which lets scientists look directly at the planet’s changes in brightness. (Changes in brightness on other planets tend to be drowned out by the glow of the stars they orbit.) This is the first time weather has been observed on a planet outside our solar system, but the researchers hope it won’t be the last. They hope to adapt the technique to look at other planets, including rocky planets like Earth.