What Happened In The Apollo 1 Fire?

The Apollo 1 fire was the first tragedy to strike NASA. What happened, and how did the agency recover? 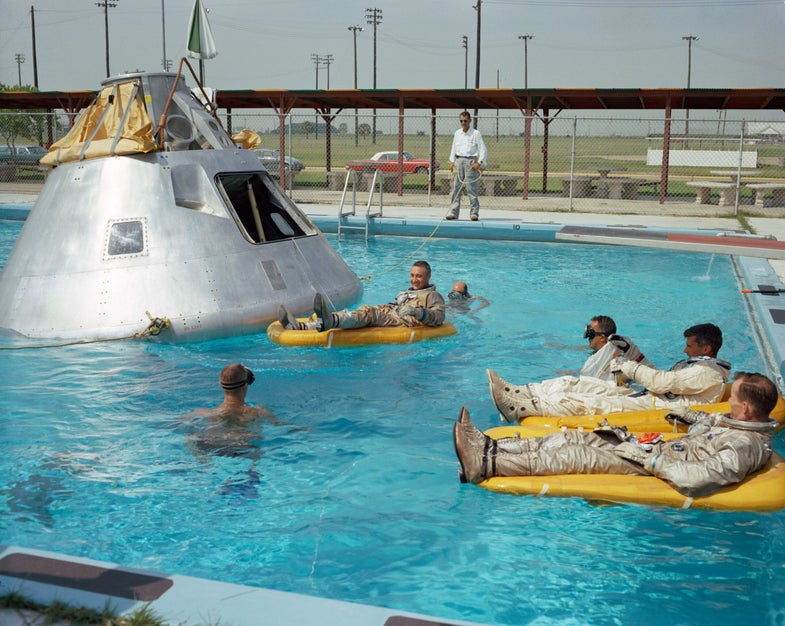 On January 27, 1967, spacecraft 012 was mated to its service module and Saturn IB rocket, and the whole stack was on the launch pad. At one o’clock in the afternoon, the spacecraft’s crew, Gus Grissom, Ed White, and Roger Chaffee climbed inside the spacecraft for the plugs out test, a routine test NASA ran before all its missions that ran a simulated countdown with the spacecraft running on its own internal power. The hatch was closed, the cabin was pressurized, and the crew and launch teams and flight controllers took their stations at the Cape and in Mission Control in Houston.

At 6:31, the crew reported a fire in the spacecraft. Flames could be seen through the small porthole window on TV monitors in Mission Control. There was no doubt about what the crew said. Just three seconds later, the pressure inside the cabin built up enough to rupture the hull, sending flames pouring into the White Room and pad crews running. Many stayed to fight their way against the thick smoke to the free the crew but it was too late. By the time they got the hatch open, telemetry and communication from Apollo 1 said the spacecraft was completely silent. 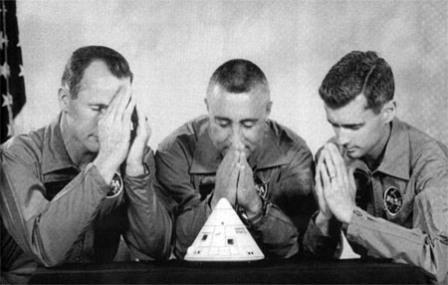 The Apollo 1 crew expressed their concerns over the Apollo spacecraft in a joke crew portrait. They said a little prayer, and gave the picture to the manager of the Apollo Spacecraft Program Office Joe Shea in 1966.

I wrote a longer piece about the Apollo 1 fire that includes some back story on the plugs out test and some earlier oxygen fire accidents that should have prevented this fatality on Scientific American; you can check out that article here.

Following the fire, NASA recovered extremely quickly, all things considered. In October of 1968, the redesigned Apollo command-service module (properly called the Block II spacecraft) flew with a crew demonstrating that the it was ready for a flight to the Moon. The Apollo 7 flight was considered a textbook mission and went a long way to getting NASA back on track to reach the Moon by the end of the 1960s, and you can read a little more about it here. And an interesting intersection between Apollo 1 and Apollo 7 is Donn Eisele who was bumped from the former crew to the latter following a shoulder injury. You can read more about Eisele’s story here.