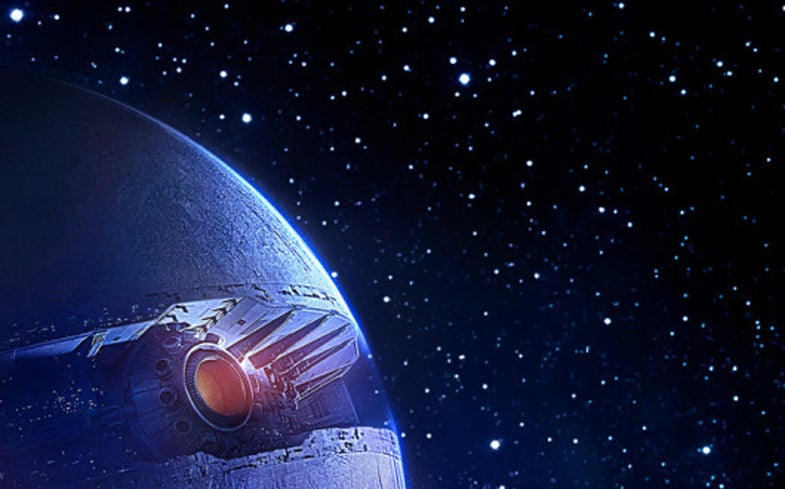 Running a Galactic Empire requires a lot of energy. Actually, that’s true for every faction in Star Wars: legions of electronic droids need some sort of power supply, and even the Rebel Alliance has to worry about sustaining secret bases and fighters, too. We don’t, in this universe, know exactly how the population of Star Wars did it. We do have the next-best thing: a round table of scientists from the Department of Energy, speculating about how, exactly, energy works in a universe long ago and far, far away.

The discussion ranges from what powers R2-D2 (possibly a nuclear source) to why the Death Star needed an exhaust port (something that large invariably generates heat), and that’s just in the first ten minutes. The panel debates many points, but they’re unanimous in green or blue lightsabers taking more power than red ones. You can watch the full hour-long discussion below, and it’s as revealing about energy as it is nerdy:

Now we’re getting into mild SPOILER ALERT territory, so anyone interested in staying as ignorant as possible about the upcoming Star Wars: The Force Awakens might do well to stop here.

Earlier today, the official Twitter account of Los Alamos National Labs shared an article in Wired about a new weapon science fictional weapon: the Starkiller, which is set to appear in Star Wars: The Force Awakens. Director JJ Abrams described the weapon to Entertainment Weekly thusly:

Los Alamos is no stranger to superweapons. The labs were established during World War II as the headquarters of the Manhattan Project, which designed and created the first atomic weapons the world has ever seen. So why is Los Alamos talking about possible ways a star-destroying space station might work? On Twitter, I asked if Los Alamos labs could confirm for @PopSci that you are not, in fact, working on any weapons that can destroy stars. Here’s their non-commital response:

As someone one said a long time ago, in a galaxy far, far, away: “I have a bad feeling about this.”