Charles Townes, One Of The Fathers Of The Laser, Dies 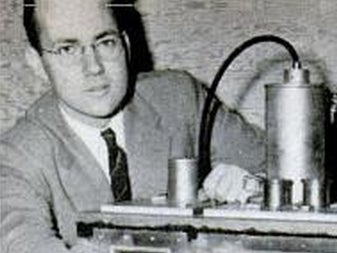 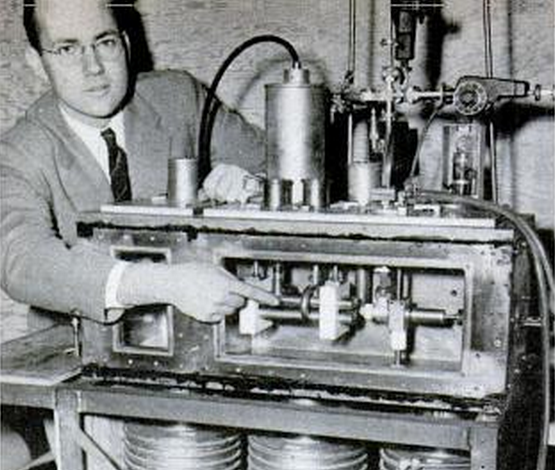 A famed physicist who was among the creators of lasers died yesterday. Charles Townes invented the MASER–short for Microwave Amplification by Stimulated Emission of Radiation, instead of LASER’s Light Amplification by Stimulated Emission of Radiation–and filed patents for lasers as well. As implied by the name, masers amplify microwaves by using hard crystals and powerful magnetic fields; they often serve as key components of atomic clocks and radio telescopes.

Townes also worked on other physics and astronomy problems, making the first measurements of the mass of the black hole in the center of the Milky Way. He was a “broad scientist” and a “classical renaissance type,” physicist Reinhard Genzel told the Greenville News.

Townes’ science achievements are evident from how frequently he shows up in Popular Science‘s archives. We hope these highlights can serve as our own tribute to him:

1955: The magazine described an atomic clock, based on masers, that Townes built. Back then, super-accurate atomic clocks were important to cutting-edge communications and transportation technologies. (Atomic clocks are still important for this today.) In 1964, Townes would win the Nobel Prize in physics for his contributions to laser technology.

1969: Popular Science notes Townes’ research group at the University of California at Berkeley discovered evidence of water and ammonia in outer space. Scientists think both molecules were essential for building the first life forms on Earth; perhaps they have done the same for other planets.

1972: The magazine invited Townes, and other inventors, to write about how they came up with their best-known work. Townes wrote about masers and lasers, beginning with a story that’s familiar in science: One of initial failure.

He goes on to describe an out-of-nowhere insight (“Suddenly, I recognized the fallacy in my previous thinking”); concern that putting graduate students to work on such an ambitious project might jeopardize their ability to finish their theses; and years of more work. Eventually, research on masers and lasers proliferated, and many groups came up with cool applications for amplified beams of microwaves and light waves. “I didn’t imagine most of them myself,” he wrote, “and continue to be amazed by the offspring of the maser.”