Have We Detected Megastructures Built By Aliens Around A Distant Star?

Or just a cloud of comets? Scientists want to investigate further 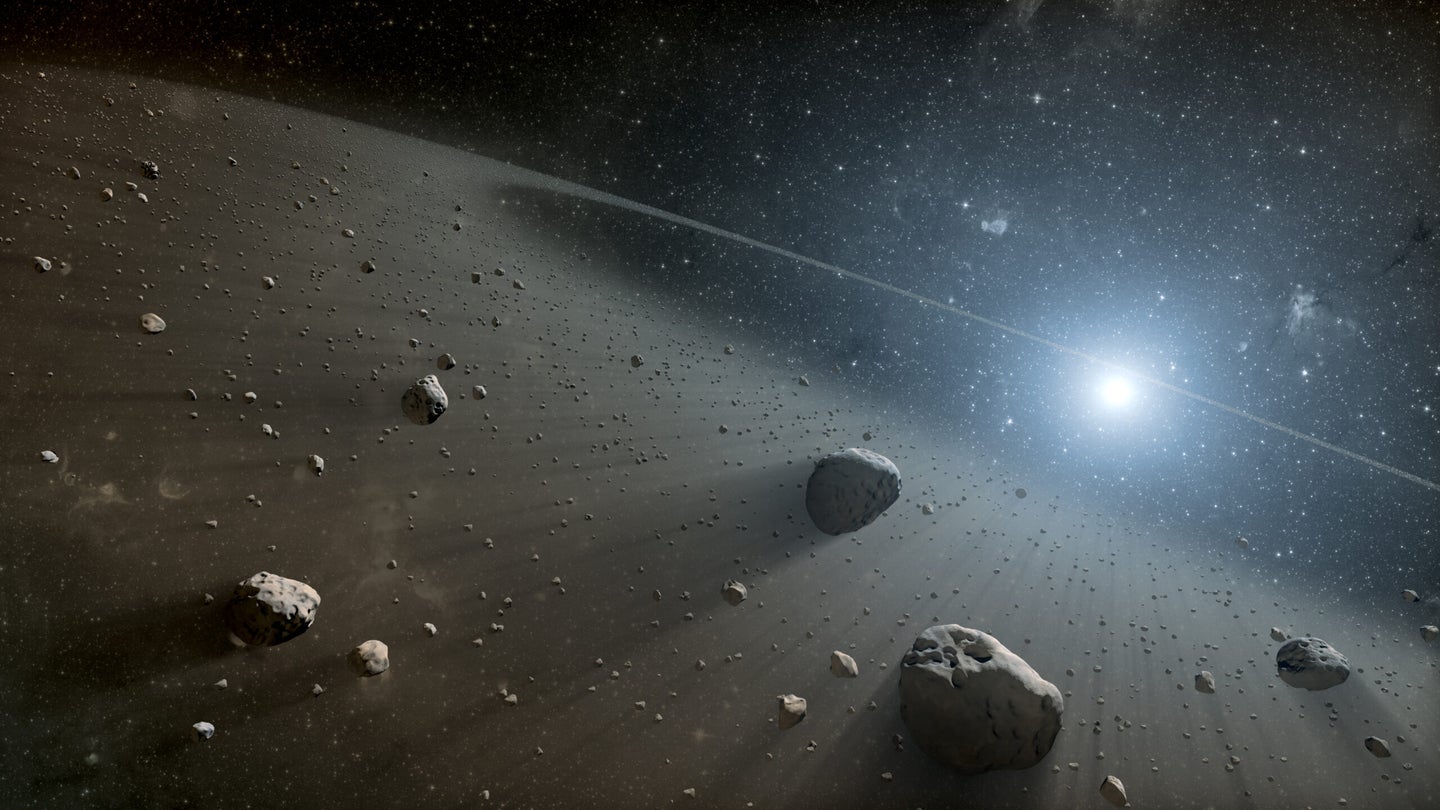 The Kepler space telescope’s job is to find faraway planets that could potentially support life. But as The Atlantic reports, scientists are exploring the possibility that the telescope may have detected something even more exciting.

For four years, the telescope stared at a patch of sky, waiting for each star to darken, which would indicate an exoplanet passing in front of it. The telescope monitored more than 150,000 stars, but one star in particular stood out to citizen scientists who were helping to analyze the Kepler data: KIC 8462852, located 1480 light-years away.

When a planet passes in front of a star, the star dims only for a few hours or days, and on a regular basis– every 365 days, for example. But, at irregular intervals, the star KIC 8462852 darkens by as much as 20 percent, and it stays dark for anywhere between 5 and 80 days.

What could cause the weird light fluctuations? The researchers who discovered the behavior call it “bizarre.”

“Aliens should always be the very last hypothesis you consider.”

In a recent paper, researchers have ruled out the possibility of faulty data or telescope jostling. Something appears to be blocking out the light, but it’s not a planet, and the star is too old to be surrounded by the rings of debris that tend to circle around younger stars. Neither do the scientists think it could be caused by a recent collision.

That leaves just a few hypotheses. One is a cloud of comets that got pulled into orbit by a migrating star–if the comets are breaking up as they revolve around the star, that could cause the irregular pattern of dimming. The paper notes that this is the most promising explanation.

There is one other hypothesis, however.

“Aliens should always be the very last hypothesis you consider,” Penn State astronomer Jason Wright told The Atlantic, “but this looked like something you would expect an alien civilization to build.”

Wright, and many other astronomers, have postulated that we could detect advanced civilizations through their technology. The idea is that as alien civilizations become highly advanced, they’ll need more and more energy to fuel their high-tech lifestyles. Perhaps the aliens would position solar collectors directly around a star, filling the star’s orbit until some or all of its light is blocked. These hypothetical alien megastructures are called Dyson swarms or spheres.

Wright told Popular Science that although the comet explanation is the best hypothesis so far, it’s a bit contrived. “It’s hard to imagine how comets could block that much light–you need a huge number of them, and we must have caught them at a time when they happened to be all clumped together.” That said, he acknowledges that Kepler studied 150,000 stars for several years, so it’s possible the telescope just witnessed a very rare natural event.

To find out what’s behind the star’s mysterious dimming behavior, Wright and his colleagues want to listen in with the Green Bank telescope in West Virginia. They’re hoping to spend a few hours listening for modulated radio waves that could indicate the presence of intelligent lifeforms.

“If we hear narrow-band modulated radio emissions coming from that star, I can’t imagine any other explanation,” says Wright. “Nature doesn’t do that, it would have to be artificial.”

If the team detects an interesting radio signature around the star, the next step would be to try to tune in with the Very Large Array in New Mexico. While the Green Bank telescope can reveal whether special radio waves are coming from the general area of the star, the VLA could tell the astronomers whether the waves are coming from the star itself.

“It’s the best SETI target I’ve ever seen or heard of,” says Wright.

[ArXiv via The Atlantic]

October 14, 2015 at 2:50pm EDT: The article was updated to include information from an interview with Jason Wright and a correction made to the amount of light by which the star dims. We regret the error.