Eavesdropping On The Sounds Of Stars

The stars might be singing; too bad we'll never hear them 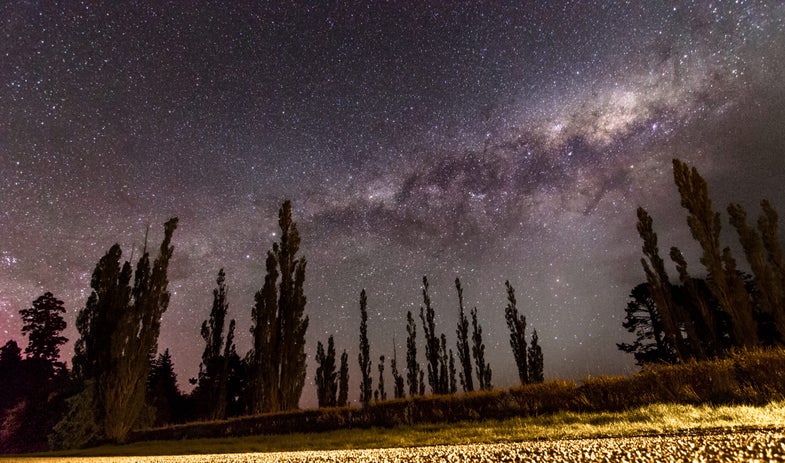 The surface of a star is a volatile place. Constantly in motion, a star’s exterior flows with plasma and often accumulates new materials, which are drawn in by the star’s immense gravitational pull.

Well it turns out these chaotic activities may produce a very distinctive sound on the star’s surface. That’s right: The stars make their own tunes! But alas, we poor humans will never hear it directly. According to physicists, such a sound would have a frequency 6 million times higher than what any mammal could hear. Plus, space is a vacuum, so even if you had super-human ears that could discern such a frequency, the sound wouldn’t be able to travel to them.

Researchers inadvertently stumbled upon this acoustic revelation while analyzing how plasma moves when hit with an ultra-intense laser. Just a trillionth of a second after the laser strikes, the plasma disperses quickly, moving from areas of high density to areas of low density. However, this rapid movement creates a bit of a bottleneck, causing plasma to build up between the high- and low-density areas.

The resulting pressure buildup and collisions between the plasma’s ions generated a series of sound wave pulsations with frequencies of nearly a trillion hertz. By comparison, dolphins and bats, some of Earth’s best listeners, can only hear 100,000 hertz. Humans can hear just up to 20,000 hertz.

According to John Pasley, a physicist from the University of York and one of the scientists on the project, perhaps the only location in nature where such plasma interaction (and resulting acoustic generation) could be seen is on a star’s surface. “When they are accumulating new material stars could generate sound in a very similar manner to that which we observed in the laboratory – so the stars might be singing.” However, material accretion is usually only seen in younger stars, so it’s likely that our mature Sun has lost its voice.