How Is Guinness Making Its Beer Vegan? 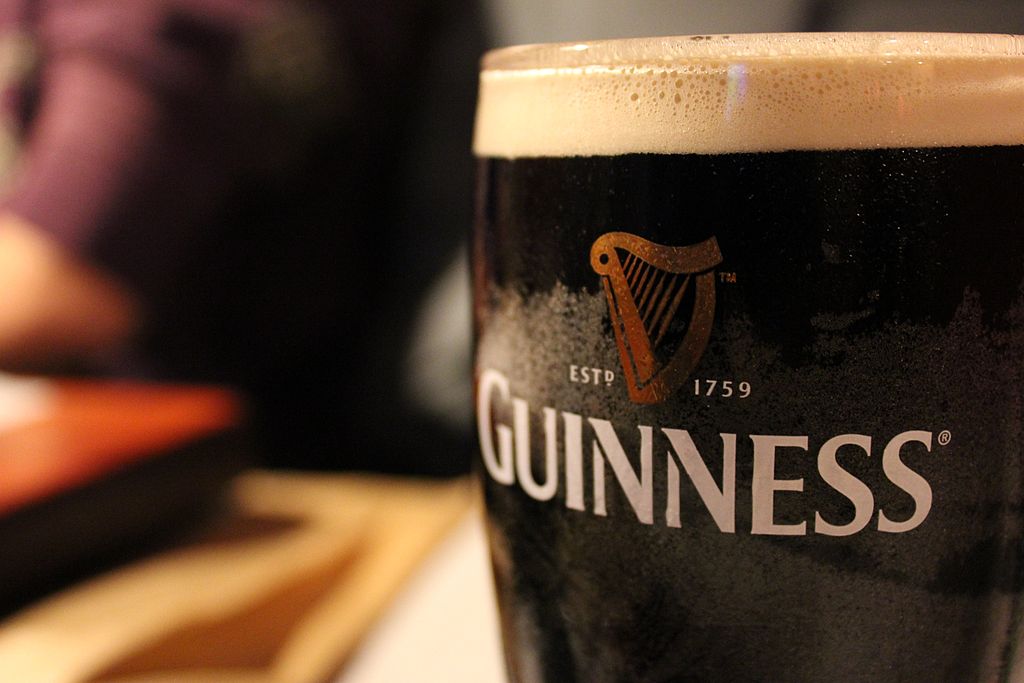 If you’re a vegan or strict vegetarian and you’ve done your research, you have probably been steering clear of Guinness. That’s because, in order to make the 256-year-old Irish stout many of us know and love, brewers use a product called “isinglass” that is made from dried fish bladders. Now, after years of pressure from consumers, Guinness has announced that it will no longer use isinglass to filter its beer, and plans to build a new filtration system for that purpose in 2016. What sort of filtration system might that be, and why has it taken this long to start using it?

It’s important to know why Guinness needs to be filtered in the first place. During the beer’s fermentation, yeast gobbles up its starchy sugar source (all beers use barley for this, though a few add wheat as well) to carbonate the beer and create alcohol. But after the yeast has done its job, most beers have some remaining polyphenols, micronutrients left over from the barley or hops, which can make the beer look cloudy or turbid. “U.S. consumers would think there’s something wrong with a cloudy-looking beer—they may think it’s spoiled,” says Karl Siebert, a professor of biochemistry in the food sciences department at Cornell University. “It wouldn’t hurt anyone, and it doesn’t change the texture much. It’s just unappealing.”

Most beers go through some sort of filtration process before they’re served. For beers like cask ales and Guinness’ trademark stout, these compounds eventually settle out, but brewers have long looked for a way to speed up this process.

That’s where fining agents come in. Substances like gelatins or isinglass (a protein extracted from dried swim bladders of tropical fish) help form complexes between the unique types of cloudy proteins and leftover yeast in cask ales, which makes them heavy enough to settle to the bottom. Importantly, these fining agents speed up the settling out process without changing the beer’s overall taste or chemistry.

So Guinness brewers have used isinglass, possibly for all of the beer’s 256-year history, to bring the non-cloudy beer more quickly to drinkers’ pints. But in recent years, the vegetarian and vegan communities have demanded that the company drop isinglass from its production process.

For years the company has been looking for a way to satisfy vegans’ demands without alienating consumers used to Guinness’ clarity. And now it appears that it has found one. “We are now pleased to have identified a new process through investment in a state-of-the-art filtration system at St James’s Gate which, once in place, will remove the use of isinglass in the brewing process,” a Guinness spokesperson told Popular Science via email.

Since the spokesperson didn’t get into detail about this filtration system, we asked Siebert about other filtration methods used in the beer industry. One is simply another kind of fining agent called tannic acid (found in lots of different foods, the same compound that makes wine taste dry)—chemically, it works differently than the other fining agents, but it achieves the same end goal of speeding up the settling out process.

But the most common, Siebert says, is a one-two punch of adsorbent chemicals and physical filters. First, brewers will add an adsorbent agent, such as silica or PVPP, to the brew. Clouding proteins and leftover yeast will stick to the outside of the material, making them easier for the filter to catch. Then the beer will be run through a physical filter—for beer, this is often diatomaceous earth, soil made from fossilized microscopic organisms called diatoms. “Brewers use diatomaceous earth because it’s a very good filtration system to take out very sticky stuff like yeast,” Siebert says. But it’s hardly ideal—diatomaceous earth can’t be reused, it’s expensive to purchase and difficult to dispose of, Siebert says.

Unless Guinness has discovered a totally groundbreaking filtration method, the company is likely using one or both of these methods, Siebert says. “But it’s pretty hard to come up with something that works as well as a gelatin or isinglass,” he adds. It’s possible that Guinness is spending a little more on its filtration process so that its beer is clear and vegan-friendly, but that might actually make sense from a business perspective, if thousands of vegans worldwide suddenly become Guinness drinkers.