Dark energy, gravitational waves, and black holes may be just the beginning 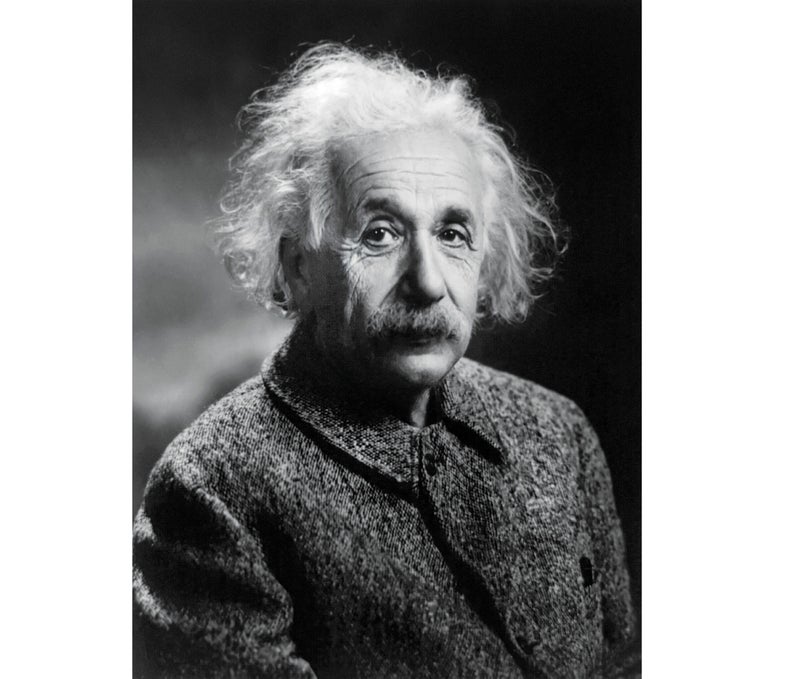 In 1913, Albert Einstein had stalled in his efforts to construct his general theory of relativity. He pleaded with his friend Marcel Grossmann for a mathematical boost: “Grossmann, you’ve got to help me, otherwise I’ll go mad!” Four years later, as Einstein was finishing a paper on the cosmic implications of his (finally) completed theory, the malady had migrated to other parts of the body. He had a stomach ulcer; he suffered from liver disease. Worn out by his mental exertions, Einstein thought he was dying. He wrote to fellow physicist Arnold Sommerfeld: “In the last month I had one of the most stimulating, exhausting times of my life, indeed also one of the most successful.”

That sensation eluded most of his colleagues back then, and it still does. They study Einstein’s greatest insight without fully grasping how he achieved it, or what it meant to him; they typically don’t “feel relativity in their bones,” in the words of Columbia University theoretical physicist Brian Greene. The lack of understanding comes from a sticky misconception of what general relativity is, even among those who spend their careers making use of it. It is broadly described as a theory of gravity, but it is not just a theory. It is written out as a series of equations describing how objects move, but it is not just equations.

General relativity is best thought of as a landscape, both literally and figuratively. It is an expanse of concepts that describes all the possible configurations of space and time, and all the ways they change in the presence of matter. It is a system in which every part of reality is connected. Einstein’s first forays into that landscape were what so exhilarated and drained him. Whenever other researchers manage to follow his lead, they discover whole new regions. That is why, a century after it was first published, general relativity is yielding its most astonishing discoveries yet.

There is no better way to take in the idea of relativity-as-­landscape than by looking at the biggest landscape of all: the universe. Einstein realized that space is not a fixed background (a kind of invisible ruler that you can measure motion against), but rather a flexible, dynamic thing that bends and distorts in response to mass. That bending is what we experience as a gravitational pull: It holds your feet to the ground and Earth in its orbit. Lee Smolin—a theorist at the Perimeter Institute for Theoretical Physics in Waterloo, Ontario, and one of Einstein’s most vocal disciples—praises general relativity’s ability to provide a single, unified description of all space, as determined by all mass. “It’s the first theory that can be applied to the universe as a whole in a closed system,” he says.

“It’s the first theory that can be applied to the universe as a whole in a closed system.”

You’ve surely heard scientists say that the universe is expanding, but what does that really mean? In 1929, Edwin Hubble observed that galaxies appear to be moving away from ours in all directions. It is tempting to picture those galaxies flying through space, driven apart by a tremendous initial explosion. In fact, in the 1930s, British astronomer E.A. Milne attempted to describe Hubble’s discovery in just those terms. His analysis was a dismal failure. The only way to make sense of the astronomical observations, Einstein showed, is to think of space as a dynamic thing. Galaxies are not flying through space; space itself is expanding between them.

That is a profoundly weird notion, but once you make peace with it, all kinds of other ideas fall into place. First and foremost, there is the Big Bang, which was not an explosion in space but an explosion of space. All of space was crammed into a single dot at the moment of the Big Bang, and all of space expanded out from there in the 13.7 billion years since. Because space is expanding in all directions, any spot can be considered the center of the universe. You, right there, right now, are at the center of the universe. (How’s that for an ego boost?) Relativity is what allowed cosmologists to model the origin of the elements, the formation of galaxies, the direct evolutionary path from the Big Bang to modern Earth.

And still they are exploring new corners of relativity’s landscape. Because space is dynamic, it can deform in all kinds of complicated ways. The pull of gravity works to compress it; that compression is what you experience as your weight. Einstein’s equations also allow for antigravity, an energy that pushes space apart. For decades, that possibility was regarded as little more than a theoretical curiosity. Then in 1998, two teams of astronomers observed that the expansion of the universe is accelerating. This makes sense only in the context of relativity. The antigravity element driving the acceleration is now called “dark energy,” and it is so well-­accepted that the 2011 Nobel Prize in physics was awarded for its discovery.

The true nature of dark energy, however, remains an enigma. To figure it out, an international team of astronomers launched the Dark Energy Survey, currently underway at the Cerro Tololo Inter-American Observatory in Chile. Over the course of five years, they will be photographing 300 million galaxies and recording their distribution. Gravity tends to make galaxies clump together over time, whereas dark energy tends to scatter them. The pattern captured by the survey will begin to reveal whether dark energy works the same in all locations and whether its intensity has changed over the course of cosmic history. Dark energy outweighs all the visible galaxies by about 15-to-1, and so its influence might determine the fate of the universe.

You, right there, right now, are at the center of the universe. How’s that for an ego boost?

Just as space can expand, so it can ripple when disturbed by the gravity of a moving object, like the surface of a pond stirred by a skipping stone. This is another wilderness of relativity that scientists are only now exploring. As gravitational waves wiggle past Earth at the speed of light, they subtly squish and stretch everything they encounter—including you. The effect is exceedingly subtle. To discern these waves, researchers are upgrading a pair of 2.5-mile-long detectors—one in Washington state, one in Louisiana—called the Laser Interferometer Gravitational-Wave Observatory (LIGO), along with a complementary experiment called Virgo, located in Italy. By the end of the decade, they hope to observe gravitational signals emanating from spectacular but otherwise invisible cosmic events such as colliding black holes.

Ah, yes, black holes—perhaps the most famous of all the bizarre features that have emerged from the landscape of Einstein’s equations. Black holes are places where space curves in on itself; nowhere is relativity’s topography more tortured and intriguing. At the event horizon—the boundary of the hole—time comes to a halt and the atom-scale phenomena described by quantum mechanics are stretched out to the size of cities…or so it seems. General relativity also states that all parts of the universe should be continuous, meaning there should be no physical interruption between the inside and outside of a black hole. That apparent contradiction is inspiring a storm of new theories that go beyond scientists’ current understanding of the laws of physics.

Even in the twisted case of black holes, concepts that seem to reside in the impossibly remote fringes of the relativity landscape might be approachable to hard observation. A globe-spanning instrument called the Event Horizon Telescope, which consists of nine radio observatories scattered around the world, is gathering information right now to create the first direct images of the supermassive black hole at our galaxy’s center. The black hole itself won’t look like anything (it’s, um, black), but measurements of its size and surrounding structure could reveal the ways that mass distorts the structure of space. Any deviation from Einsteinian expectations would point the way to totally new physics concepts. The first meaningful images from the Event Horizon Telescope could come soon, perhaps within a decade.

All of these ideas about the expanding universe, gravitational waves, and black holes took an excruciatingly long time to develop because they were hidden deep within the relativity landscape. Einstein himself was slow to accept the first two and never made peace with black holes, sniffing that the arguments for their existence were “not convincing,” and assuming that natural processes prohibited them from forming. Many writers, including famed physicist George Gamow, have presented Einstein’s resistance to these ideas as “blunders”—places where his great mind went off track. In reality, Einstein had opened up a landscape so vast that even he needed much more than a single lifetime to explore it.

Even as modern physicists press on far beyond where Einstein managed to go, their common assumption is that general relativity is not the final word. Relativity clashes with quantum mechanics—the set of rules describing the atomic-scale world—in its description of gravity and extreme objects like black holes. Forced to choose, most of today’s theorists pick quantum mechanics as the more fundamental description of reality, regarding relativity as a large-scale phenomenon built from small-scale quantum effects. Physicists have done very well working from the bottom up (think of light interpreted as collections of photons, or matter as clusters of atoms), yet a century of experience suggests it is unwise to underestimate the power of Einstein’s top-down perspective. As Lee Smolin puts it, quantum mechanics is a theory of “subsystems”—that is, it makes sense only in the context of its surroundings—in contrast to relativity’s inherently cosmic scope.

Einstein’s holistic approach is what makes general relativity unique in its potential for explanation and exploration. Surely there will be future physicists who venture even further into reality than he did. They may very well adopt many of the tools and techniques of quantum theory. But just as surely, those geniuses will have to act like Einstein—stepping back from equations to see the larger landscape—if they want to attain true enlightenment. They will have to feel relativity in their bones.

Albert Einstein formulated general relativity (GR) over the course of a decade, and then ruminated on its implications for the rest of his life. Though GR kept him busy, the physicist found time to ponder a host of other ideas—and do a lot of living. The Einstein Papers Project, based at Caltech, shows as much. The team is curating, digitizing, and translating Einstein’s notebooks and letters to help scholars understand what occupied his mind. The 14 volumes published so far—through 1925, when Einstein was 46—reveal a hardworking scientist who wasn’t afraid to unleash some sass. —Shannon Palus

This article originally appeared in the November 2015 issue of Popular Science under the title “Albert Einstein, Landscape Architect.”