Because who isn't fed up with sticky ice cream fingers? 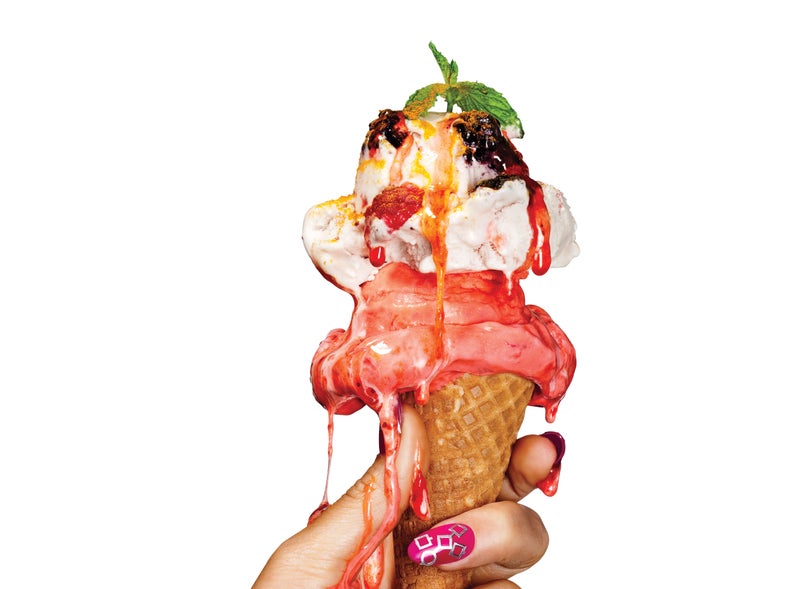 Too busy chasing drips to enjoy your ice cream? In August, two U.K. universities announced they’d come up with a fix, with a little help from bacteria.

Certain kinds of bacteria shield themselves from the attacks of other microbes by producing a biofilm—a water-repellent layer that acts like a microbial raincoat. Researchers isolated a protein responsible for biofilms, BslA, from Bacillus subtilis, a bacteria found in dirt.

When ice cream warms, the fat and sugar separate (like oil and vinegar). This causes trapped air bubbles to escape and ice crystals to melt. When scientists added BslA to ice cream, the fat and sugar remained mixed, so the matrix of ice and air stayed in place longer. The ice cream scooped normally but dripped more slowly as it warmed.

No word on palatability yet. “I keep fighting the people in my lab to let me taste it, but so far I haven’t,” says biomolecular physicist Cait MacPhee. Though BslA is safe to eat—Bacillus subtilis is used to make natto, a fermented soybean dish in Japan—scientists are still performing tests. If the process can be ramped up to an industrial scale, slow-drip ice cream could reach the freezer aisle in as few as three years.

This article was originally published in the December 2015 issue of Popular Science, under the title “The End of the Big Drip.”