Scientists Witness The Development Of Baby Planets For The First Time

They grow up so fast 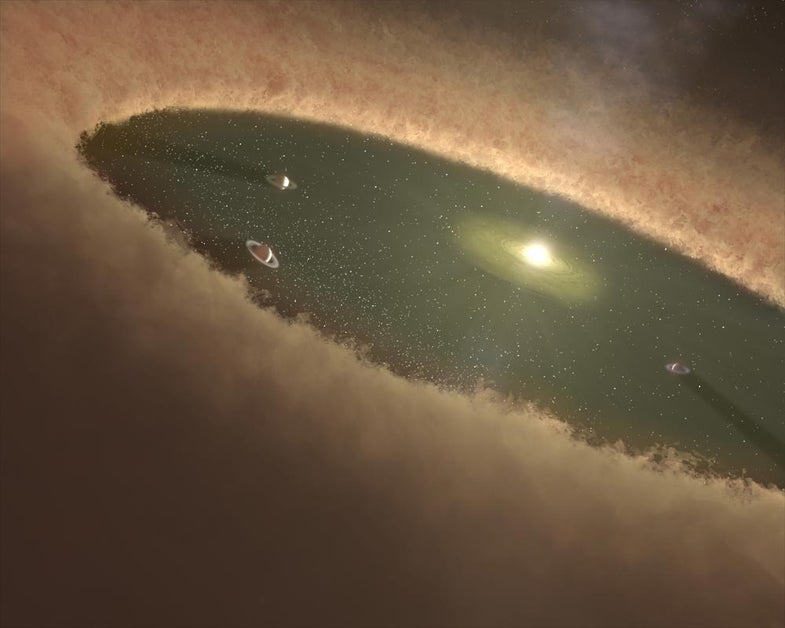 It’s thought that the galaxy is teeming with planets–like, 100 billion of them. The Kepler telescope has spotted nearly 1,900 of these planets, but we have yet to catch a glimpse of one that’s still developing.

Until now, that is. As explained in a paper in Nature today, a team of researchers led by University of Arizona astronomers has become the first to directly image the dust clouds around a baby planet.

The birth of a planet is a mysterious process. Scientists know they form out of the disks of gas and dust that encircle and feed newborn stars. “But little is known about how microscopic dust particles can grow 14 orders of magnitude bigger to become a giant planet,” Zhaohuan Zhu, an astrophysicist from Princeton University, wrote in a commentary that accompanied the paper.

The Kepler telescope discovered exoplanets by watching a constellation of stars and waiting for their light to dim–the dimming of the light indicated that a planet was passing between the star and Earth. Trouble is, planets form around very young stars, and young stars are unstable. Their light wavers in brightness, which makes it difficult to notice the shadow of a passing exoplanet.

The Keck telescope spotted the object LkCa 15b in 2011, and right from the start, scientists suspected it was a baby planet (known as a protoplanet). The object cuts a huge swath through its star’s disk of gas and dust, creating a gap that’s about 100 times wider than the distance between Earth and the Sun.

The new research provides the clearest evidence yet that LkCa 15b is indeed a protoplanet–and it may be accompanied by two siblings.

A (Planet) Is Born 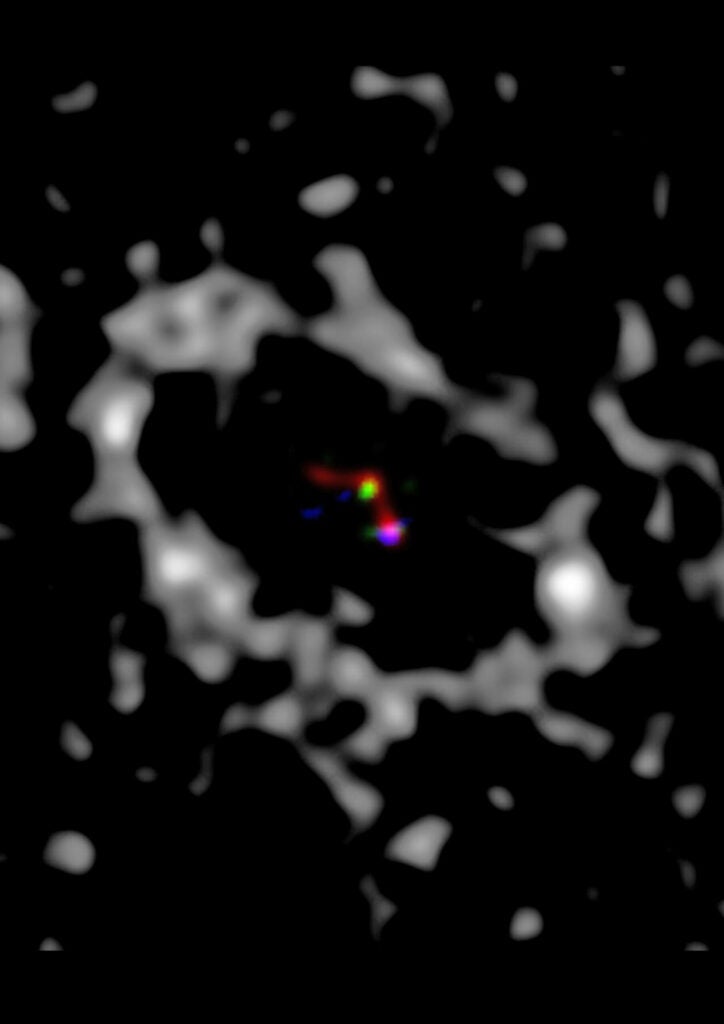 LkCa 15, as viewed through the Large Binocular Telescope and adaptive optics

Developing exoplanets give off a characteristic signal. Just like newborn stars, newborn planets develop disks of gas and dust around them. If the planet also has a large magnetic field, it can suck in material from that dusty disk, heating it up to as hot as 17,500 degrees Fahrenheit. The heat makes hydrogen give off a specific wavelength of light called H-alpha.

The scientists in this study are the first to directly image those H-alpha photons from the accreting material. To do so, they used the Large Binocular Telescope in Arizona, combined with a filter that would only let H-alpha photons reach their telescope.

The accreting material also gave off an infrared signature that the scientists say supports the hypothesis that object LkCa 15b is indeed a planet that’s still in its growth spurt.

Now scientists can directly study developing planets, hopefully shedding light on when, where, and how planets are born.

And the findings are already challenging current theories on how planets form, notes Zhu:

Josh Eisner from the Arizona team says they’re looking forward to learning more about the developing planets, including the chemistry of their atmospheres.

“We also expect that there are more systems like this one, and we would like to find them.”