Choose wisely, because this is for real 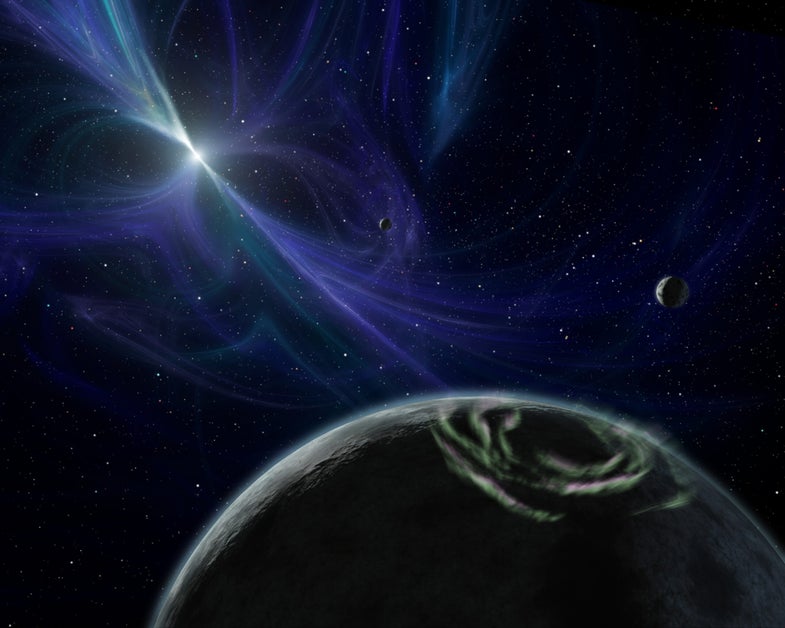 It's one of 20 planetary systems whose names you can vote on now. Artist rendering by NASA/JPL-Caltech/R. Hurt (SSC)
SHARE

Up to now, the International Astronomical Union has been kind of a party pooper when it comes to planetary bodies. They demoted Pluto. Later, they stopped one of Pluto’s moons from being named after everybody’s favorite Star Trek: OS character. Then they scolded the startup Uwingu for soliciting creative names for exoplanets from the public, instead sticking with more official names such as PSR B1620-26 b and HD 209458 b. Catchy, right?

The IAU’s job is to name things in space, and they can be sticklers about it. It makes sense, because there are likely billions of exoplanets in our galaxy, and we need to have a system for naming them all. Thankfully, the IAU is learning from past mistakes. Starting today, it will let you vote on the names for 20 planetary systems–and some of the proposed names are actually fun. The planet HD 149026 b, for example, could soon be called Jaenerys (a Game of Thrones character), or Jumbotsuruta, after a Japanese pro wrestler.

Originally, naming exoplanets was left solely to the astronomers. Then a few years ago, Uwingu showed there was an appetite among members of the public to help name new worlds discovered outside the solar system—and that people were even willing to pay for the privilege. So in 2013, the IAU allowed regular people vote on the names of two new moons of Pluto. Trouble was, they also let the public nominate names. William Shatner volunteered “Vulcan,” which won by a landslide. But because the name had been used elsewhere in astronomy, and because it wasn’t in keeping with Pluto’s underworld theme, the IAU decided not to use it–causing rancor among Star Trek fans.

This time, the IAU only accepted nominations from astronomical societies. It vetted those proposals, and now you can vote on the subset of names that passed muster.

For the star PSR 1257+12 and its three planets, for example, you can choose between twelve different naming schemes. A lot of the proposals are based on ancient mythology. Another, from South Africa, would name the system after the country’s endangered animals, using various African languages. But our favorite proposal would name the star and its planets Lich, Draugr, Poltergeist, and Phobetor. Why? The idea is that, because the star PSR 1257+12 is dead but still active, it should be named after “ghosts, zombies or undead creatures.”

But whatever you decide, anything’s better than PSR 1257+12.