Could Foods Taste Better On Other Planets Than They Do On Earth? 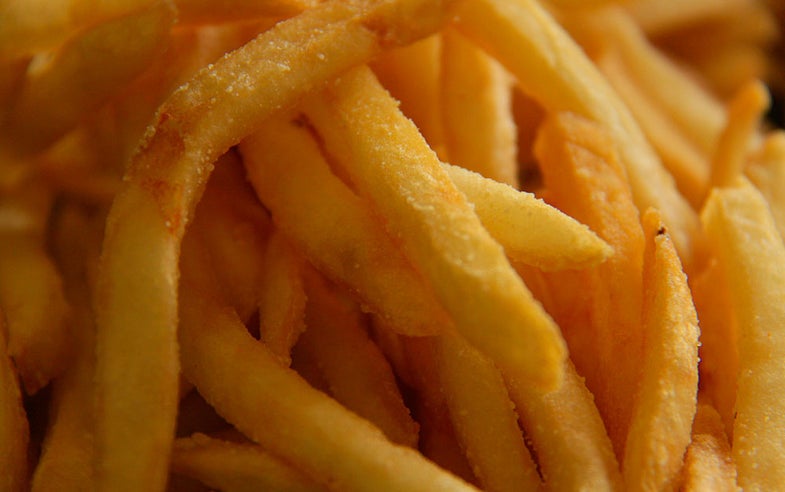 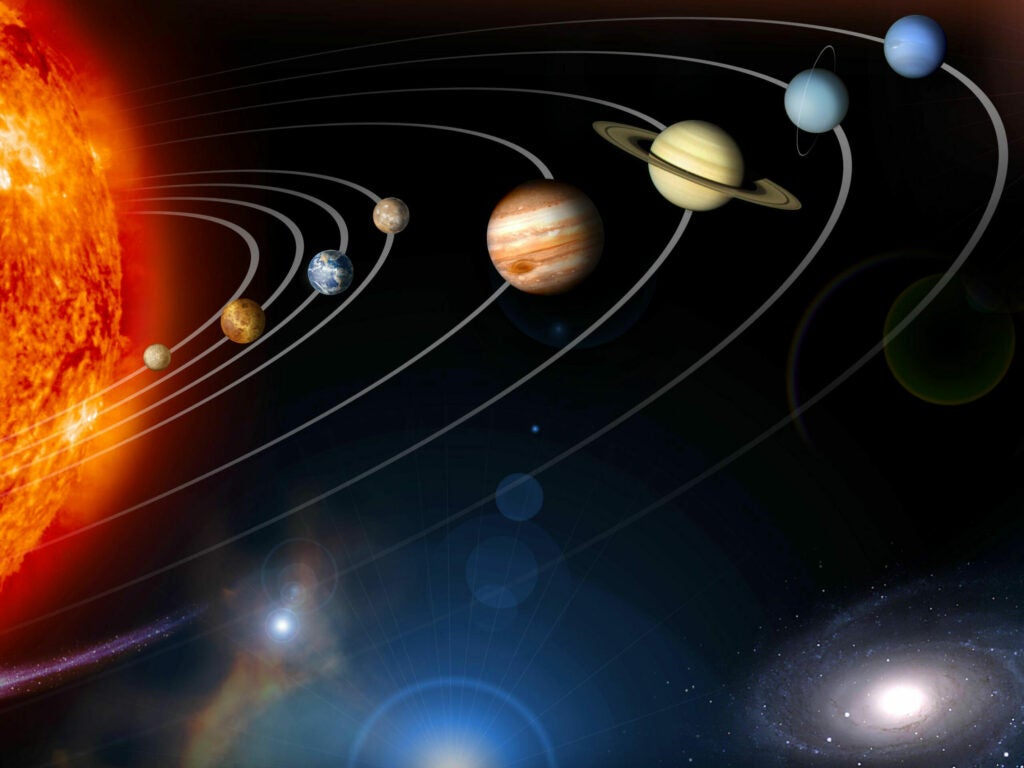 Plants grown on other planets may be tastier than Earth veggies.

Humans have thought a lot about the foods we will need to survive on other planets. But how will familiar flavors taste off-world? And could there be some place in this universe where delicious treats like fries, champagne, or chocolate would taste even better than they do on Earth?

To begin with, a strange planet’s conditions—the wavelength of available light, the composition of the soil, the gravitational pull, the atmospheric pressure—will affect the food eaten there. That’s according to University of Florida researcher Anna-Lisa Paul, who studies plant life in extreme conditions. “There will be a variety of environmental nuances that will affect plant growth on another planetary surface,” she says.

For example, the color of sunlight on an alien world could change a plant’s flavor. “Wavelengths of red, blue, and even green light are crucial to photosynthesis and plant development,” says Paul. “But the balance of those wavelengths and their intensity can have a big effect on the composition of its ‘secondary compounds,’ chemicals that contribute to taste and color, among other things. Imagine growing plants on an Earth-like planet, in terms of gravity and air composition, but one that revolved around a star that predominated in the red wavelengths. A plant grown on that planet would likely look and taste different than the same one grown under our own sun.”

Alien sunlight isn’t the immediate concern—we won’t be colonizing distant solar systems any time soon. But organizations like Mars One are already planning to send humans to Mars. And the taste of fruit and vegetables grown on Mars will depend on the soil composition of the red planet.

“Even on Earth, the taste of plants is not the same,” says Wieger Wamelink, an ecologist who does research in collaboration with Mars One. Take wine, for example. “The taste of the wine depends for a major part on the soil and the minerals in it,” Wamelink says. “That is different for many places on Earth.” He also points out that Earth vegetables grown in sand-like soil can taste different from those grown in clay.

When Paul tried growing plants in soil similar to that of Mars, she found that the concentration of certain chemicals in the leaves changed. And these chemicals can affect flavor. “Many plants manufacture more of the class of pigments known as anthocyanins—the red stuff in red cabbage, but also the purple of blueberries and blackberries—in response to stressful environments,” she says. “It is well known that anthocyanins are great antioxidants and good for you.”

“The focus will be on what one needs to eat rather than on luxury food.”

It’s a good thing Martian berries will be tasty. Because more complex luxuries like ice cream will be out of colonists’ reach—at least at first. “Producing sufficient food will be a hell of a task and consume lots of time,” says Wamelink. “Therefore the focus will be on what one needs to eat rather than on luxury food. In later stages, this may change, and then there will be time to make ice cream or beer.”

When Martian ice cream does arrive, it may well taste better than its Earth counterpart—if only because colonists will have had to go without it for so long. 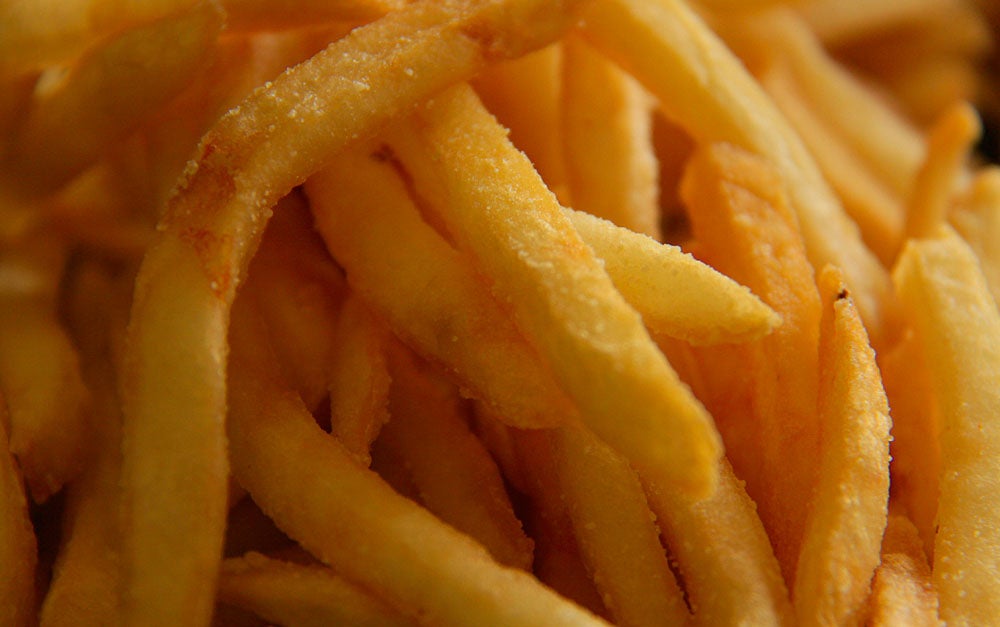 Gravity can also affect plant growth. “It is likely that the lunar or Mars greenhouse plants would indeed look different from their siblings grown in the open on Earth in full gravity—they might be more spindly, or have different pigmentation,” says Paul. Still, it doesn’t have a huge effect. “Plants can grow just fine without gravity,” says Paul, “as long as the air and water delivery systems of their habitat is well managed.” Gravitational pull does, however, change the way food cooks.

Last year, Greek scientists tried making French fries in a centrifuge at the European Space Agency. The machine could exert forces much greater than Earth’s gravity, allowing the researchers to simulate how the potatoes would cook when subjected to the gravity of heavier planets. It turns out that the perfect gravity for deliciously crunchy fries is about three times greater than Earth’s gravity. In other words, fries cooked on Jupiter would be the best in the solar system.

The Best Champagne in the Universe

Growing and cooking plants off-world can have a significant impact on how that food tastes. But flavor also depends on the pressure of a planet’s atmosphere. In particular, a bubbly beverage like champagne can taste very different under different atmospheric pressures. “If [a planet] had no atmosphere, the champagne would boil immediately, and all the carbon dioxide and a lot of the volatiles would be left,” says “bubble physicist” Helen Czerski, a British oceanographer and physicist at University College London.

“If the pressure was lower, bubbles would appear much more quickly than on Earth, but I would guess that this extra speed would reduce their efficiency at carrying flavor molecules from the drink into the air. Those aerosols have a massive influence on the taste, so if they are removed, the champagne would taste of a lot less. If the atmospheric pressure was higher than on Earth, bubble formation would happen very slowly, and so many complex molecules would have time to stick to the bubbles and be delivered upwards. That might make the drink taste a bit richer, if you were patient. And if the pressure on the planet was higher than the pressure in a normal champagne bottle, you wouldn’t get any kind of a pop as you opened the bottle, and then you wouldn’t get any bubbles at all.”

“A huge proportion of the taste of champagne is actually smell.”

But there could be an advantage to losing the champagne’s fizz. “”Without the bubbles, you might taste subtle flavours in the champagne liquid that you might not have tasted on Earth,” Czerski says. “However, the strongest message is that a huge proportion of the taste of champagne is actually smell, and without the bubbles and aerosols, the taste sensations would be dampened.”

Czerski explains why we should stick to Earth-bound bubbly: “I don’t think that there is a scenario in which it would taste better,” says Czerski, “because it’s optimized for conditions here.” That means we are literally drinking the best champagne in the universe, here on Earth.

French fries and champagne are all very well. But as everyone knows, the ultimate food is chocolate. Could it potentially taste even better on another world? 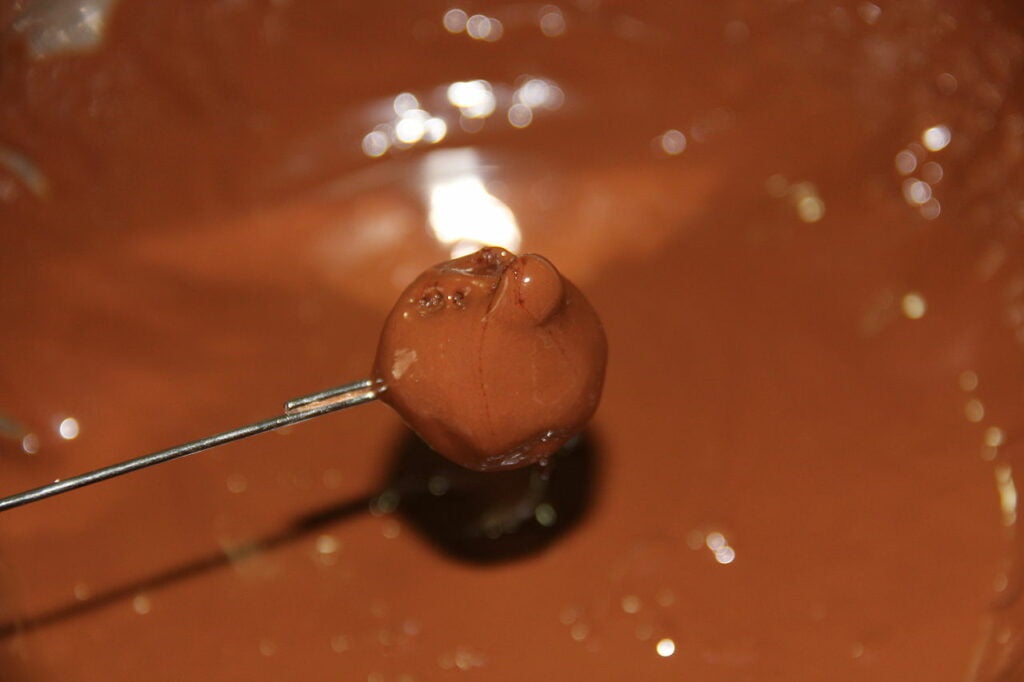 Chocolate comes from the cacao tree. So the question is, what planetary conditions would affect the growth of cacao, and thus the taste of chocolate? Richard Tango-Lowy is the Master Chocolatier of Dancing Lion Chocolate in Manchester, New Hampshire—and he also holds a degree in physics. He explained that there were three primary groups of factors: genetics, terroir, and extra-terrestrial issues.

“The primary factor that influences chocolate flavor is cacao genetics,” says Tango-Lowy. “Since we are intentionally planting cacao trees on the planets of our choice, let’s select an Ancient Criollo, an early varietal that originated in Earth’s Amazon Basin between 10,000 and 15,000 years ago and was highly cultivated by the Olmec peoples around Guatemala 2,000 to 4,000 years ago. These strains have exceptional complex and delicate flavor and no bitterness, but are generally delicate and susceptible to disease. We can leave the cacao diseases back on Earth, so no worries.”

Planetary soils create flavors that might be unusual and interesting to an Earthling.

Terroir hinges on the chemical makeup of the soil, air, and any precipitation. “Several factors that influence chocolate flavor will be affected by an unusual location,” Tango-Lowy says. “Any way that chemicals or minerals can enter the plant will likely affect the flavor, most likely making it more palatable and in line with the flavors typical of the local consumers.”

Lastly, there are planetary factors like gravity, seasons, and the length of the day-night cycle. “Cacao pods don’t fall to the ground, like most fruit, but are scattered by monkeys, squirrels, and humans,” says Tango-Lowy. “Too high a gravitational pull might cause them to fall, which might adversely affect the long-term evolution of the tree.” As for seasons, he says, “A planet with a shorter dry season could see higher pollination rates, due to better survivability of the pollinating midges.” But it’s the day-night cycle that could have the biggest influence on chocolate’s taste. “A longer daylight period might produce larger pods, similar to the effect seen on vegetable growth in Alaska,” says Tango-Lowy. “Larger pods would yield a higher proportion of pulp to seeds, which would make high-quality fermentation simpler—resulting in a better tasting chocolate.”

So how do we identify known exoplanets as potential future homes for great-tasting chocolate? Assuming we bring the Ancient Criollo tree with us to distant solar systems, Tango-Lowy gave me a checklist of criteria to look for:

Thus far, humans have discovered approximately 2,000 exoplanets. One of them could some day grow the tastiest chocolate in the universe!

Ultimately, taste is relative. As Paul put it, “Certainly the same item—say chocolate—could taste different, even to the same person, depending on the surrounding environment. If there was a trace gas in your new planet’s atmosphere that blocked or overwhelmed certain scent receptors in your nose, that would definitely impact how something would taste to you. Think about the difference in eating a chocolate bar in a room scented with vanilla verses in one scented with pine pitch.” Interplanetary chocolate-tasting tour, anyone?