Strategies for a Changing Planet: Food

It won't be easy, but there are ways to make the food production math add up 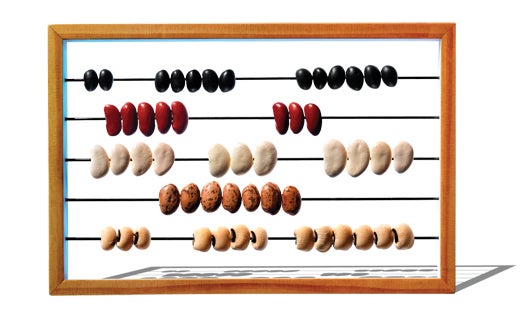 The calculus of human sustenance is simple: to feed the planet’s seven billion people, farmers must generate at least 12 trillion calories’ worth of food every day. And even as the world’s growing population demands ever more of those calories, climate change is making them harder to produce. How can science change the equation?

Farmers will need drought-resistant, flood-resistant, heat-resistant, frost-resistant and insect-resistant crops that they can grow in saltier soils and an atmosphere filled with more carbon dioxide and ozone. Researchers are developing seeds that can do all of those things, and genetic modification will play an important role in their work [see “. . . By Making Better Seeds”]. But no single company should have a corner on the world’s seeds, so countries must revisit their patent laws and enforce strict limits on transnational seed corporations that seek to monopolize the world’s genetic resources.

Climate change will alter farmland in a variety of ways. One recent study concluded that high-latitude regions in China, Russia and the U.S. may gain arable land while tropical and subtropical regions in South America, Africa, Europe and India lose out. Global trade agreements will become an increasingly important way to ensure the equitable distribution of the global food supply. No matter where the land, responsible stewardship will require greater use of cover crops, nitrogen-fixing crops and peripheral plantings that work to deter insects and rodents, and thereby lessen the need for pesticides and other man-made poisons.

The key to getting more food from less water will be to make that water do more work. Farmers will have to better harvest rainwater, reuse wastewater, trade trough and sprinkler irrigation for more-efficient underground drip lines, and use GPS monitoring to get precise crop-per-drop measurements.

A growing global middle class is demanding more meat, but it takes an extraordinary amount of fuel, fertilizer, pesticide and water to create the relatively few calories that meat delivers. At the same time, nearly half the corn produced in the U.S. enters the “biofuel cycle,” which also draws on many other food crops, from soybeans to coconuts. Biofuels are no more efficient at delivering energy to engines than cows are at delivering energy to stomachs. Humans must stop competing with their own animals and machines for calories.

Scarcity, or even the perception of scarcity, is increasing the price of the world’s food supplies. Among the greatest threats to future food security are the bubbles and spikes in the price of wheat and other globally traded commodities. The derivatives markets in food futures should be used in the way they were intended—as risk-management tools for those in the food business, not as a speculative shortcut to riches. The solution: transnational rules that limit the role banks can play in global food futures markets.

Frederick Kaufman is the author of Bet the Farm: How Food Stopped Being Food.