Leopard Sharks Use Their Nose To Navigate Long Distances 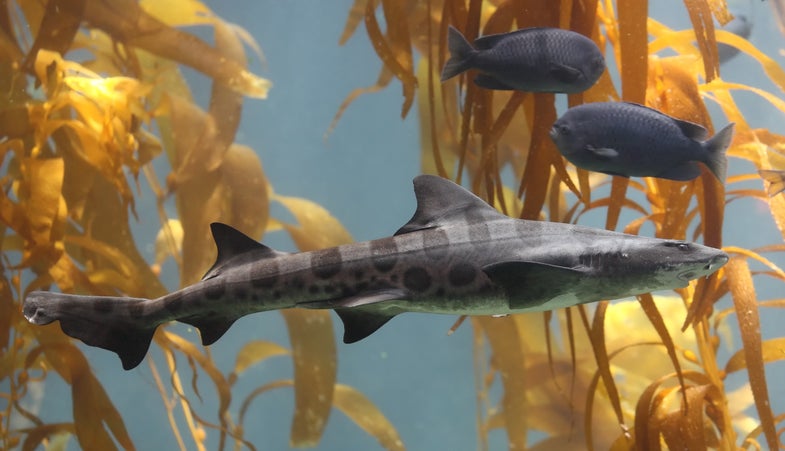 For most us humans, our main navigational tool is eyesight. We rely almost entirely on visual cues and landmarks to find our way from one point to another. And living on land, that’s served us pretty well over the past few millennia. So how do animals in the open ocean, floating in the uniform, middle depths of the water column, find their way from point A to point B–and so often in a straight path, to boot? A study of leopard sharks, published today in the journal PLOS One, found that the sharks travel through the deep blue using their sense of smell.

If a human plopped into the water column of the open ocean, they would be utterly lost and completely helpless. Yet a variety of marine animals make regular migrations, covering vast tracts of the world’s oceans without ever losing their way. Great white sharks (Carcharodon carcharias) in the Pacific, for example, swim from California to Hawaii, a distance of some 2,400 miles. In an attempt to figure out how these animals do it, marine biologist Andrew Nosal from the University of California San Diego and a team of colleagues turned to local leopard sharks to find an answer. 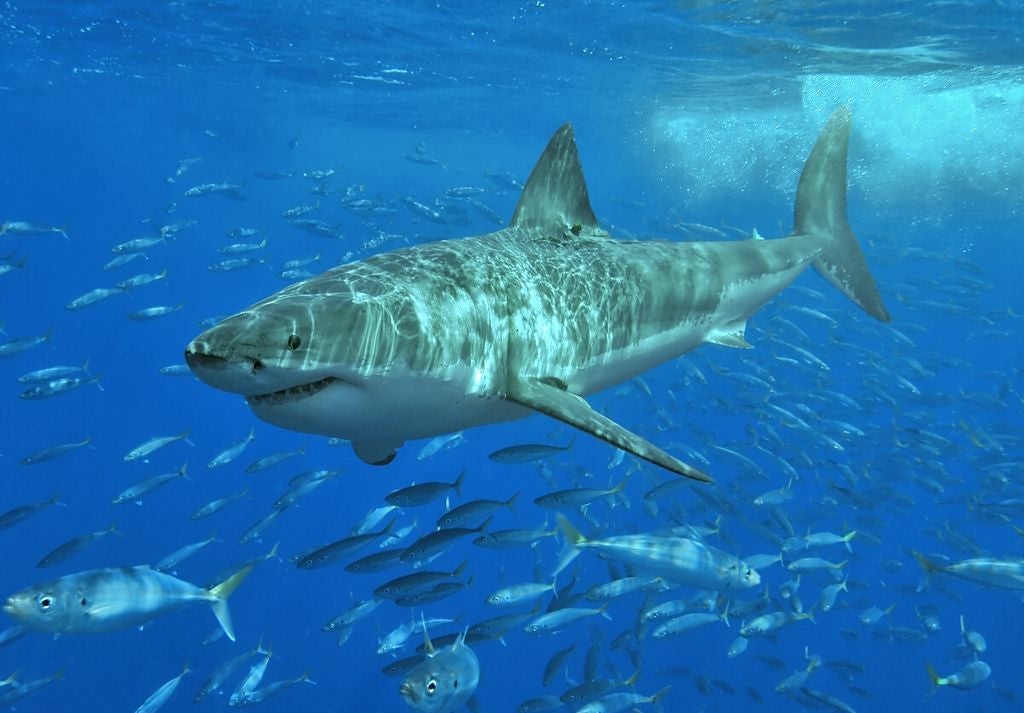 Great whites are cruisers of the pelagic zone—the open ocean—and navigate great distances through their uniform environment. Perhaps with their noses, like leopard sharks.

Leopard sharks (Triakis semifasciata), are a relatively small species of shark (between 4 and 5 feet long), that spend most of their lives in shallow or coastal waters. The leopard sharks that live off the coast of Southern California, however, apparently have refined palates and will often swim out to Santa Catalina Island to feed as well. This is a distance of some 20 miles, with a depth of approximately 2,600 feet at its deepest point—definitely qualifying it as a pelagic, or open ocean environment. Nosal and team wanted to find out how these spotted sharks that spend almost all their time in shallow waters near land—with many landmarks available—navigate the big blue sea.

The team captured 26 sharks along the shore and transported them about 6 miles out to sea. Then, having a hunch smell might have something to do with their navigational abilities, they covered the nostrils of 11 sharks and let all 26 of them go. Using transmitting devices, they were able to trace the routes of the sharks back to shore and found that, sure enough, those with free nostrils were able to easily find their way back. Those with a plugged nose had a much more difficult time making their way home. (Their noses were blocked only temporarily with cotton that disintegrated after the study.)

It might seem obvious, to those who love these ancient fish, that sharks could travel with their nose. They are after all famous for their keen sense of smell (think Finding Nemo when Bruce the great white smells a drop of blood and relapses into his fish-eating ways). However, Nosal points out that “Sharks are known for their keen sense of smell, but mostly as it results to feeding.”

Despite some previous speculation, no one had tested how sharks’ olfactory abilities could play a role in navigation as well as hunting. And while other environmental cues are known to be employed by other marine animals, such as geodynamic, chemical, and hydrodynamic stimuli, how they are used remains poorly understood.

It’s possible that many other species of sharks use their noses for navigation as well–particularly long-distance travelers that live out in the open ocean like great whites, tiger sharks, and blue sharks.