Strategies for a Changing Planet: If All Else Fails…

When it's 115 degrees in March, it might take a Hail Mary of a solution to help us 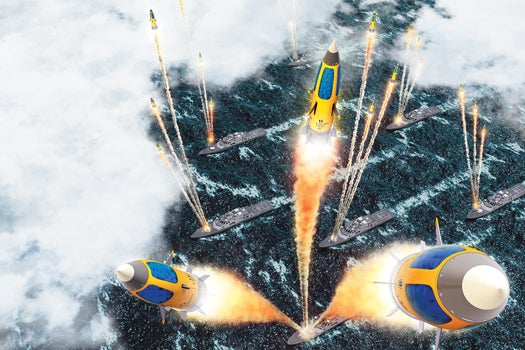 It’s impossible to predict the exact speed and severity with which climate change will unfold, but one thing is clear: if we take no preventive action, eventually we’ll be tempted to take desperate action. And over the decades, as the effects of climate change grow increasingly severe, the amount of risk humankind is willing to bear will increase.

In the next decade, as Dust Bowl–like conditions afflict the American West and it becomes ever more difficult to dismiss the drought as a temporary glitch, low-risk methods for removing carbon dioxide from the atmosphere will start to look attractive. The most benign scheme would be to plant more trees. In 1976, physicist Freeman Dyson proposed planting a tree farm the size of Australia to offset the fossil-fuel emissions of the day. By 2009, NASA climate modelers and biologist Leonard Ornstein estimated that both the Australian outback and the Sahara would have to be transformed into forest to remove meaningful quantities of carbon dioxide. They proposed irrigating both deserts with desalinated seawater and planting them with eucalyptus forests, which could remove as much as 12 billion tons of CO2 from the atmosphere every year—about a third of the total global emissions in 2010. Nuclear power plants could generate carbon-free electricity for the network of reverse-osmosis desalination plants. This world-historical landscaping project would carry risks. An afforested Sahara could provide a breeding ground for swarms of crop-destroying locusts and flocks of disease-carrying birds. Because Saharan dust may help suppress Atlantic cyclone formation, the scheme could strengthen hurricanes. The biggest problem, however, may be the $1-trillion-plus annual cost.

A cheaper method would be ocean fertilization—dumping iron dust into the sea to stimulate the growth of CO2-breathing phytoplankton. Over the past two decades, scientists have conducted more than a dozen small-scale trials to confirm that iron seeding does indeed stimulate the growth of phytoplankton. Yet ocean fertilization could devastate aquatic life; iron seeding could unintentionally stimulate the growth of algal varieties that are toxic to fish, or create oxygen-depleted dead zones. And it might not even remove all that much CO2. Researchers with Britain’s Royal Society estimated that even a massive global ocean-fertilization program might reduce atmospheric carbon concentrations by only 10 parts per million, which would have no impact on global temperatures. 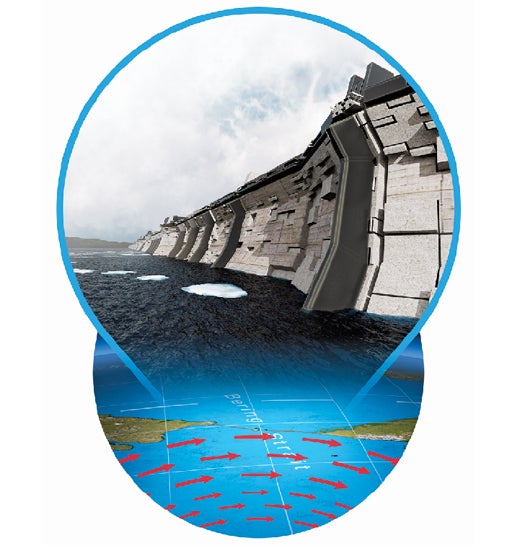 When things get worse—when rising seas and worsening storms conspire to flood energy facilities, subway systems and millions of homes in the U.S. alone, and when the Arctic experiences an ice-free season that grows longer every year—schemes for reflecting the sun’s radiation away from Earth may start to look appealing. Some of these plans call for preserving our existing sun-reflecting assets. In 2008, for example, the Dutch science writer Rolf Schuttenhelm proposed building a 180-mile dam across the Bering Sea to prevent warmer, saltier Pacific Ocean water from flowing toward the North Pole, thereby allowing the Arctic ice cap to refreeze. The restored ice would reflect solar energy back into space and help cool the planet.

Other plans involve shielding the Earth from above. In 1989, James Early, a researcher at Lawrence Livermore National Laboratory, suggested parking a 1,200-mile-wide space shade at the first Lagrangian point (L1, a gravitationally fixed point between the Earth and the sun), where it would block 2 percent of the sun’s radiation. Since then, scientists have updated Early’s plan. In 2006, for example, University of Arizona astronomer Robert Angel proposed sending 16 trillion two-foot-wide mirrors (via 20 million rocket launches) to L1, where they would collectively form a 62,000-mile-long shade.

Even if implemented perfectly, sun-blocking schemes could cause persistent drought for billions of people.If humanity holds off even longer, until millions of people are short of food and water—­or if it turns out that all previous efforts to stop the warming have been too feeble—the most attractive contingency plan will be the only one that nature has proven to work. In 1991, when Mount Pinatubo, a volcano in the Philippines, spewed some 20 million tons of sulfur dioxide into the atmosphere, the average global temperature dropped by 1°F over the next year. Hence the term “Pinatubo option,” which refers to the process of enshrouding the planet in aerosol particles that reflect sunlight and thus cool the Earth.

Even if it were possible to activate an actual volcano, the cooling effect from a single eruption would be short-lived and impossible to control. Instead, most advocates favor mechanical aerosol-delivery methods. Researchers on a British government–funded project called SPICE (Stratospheric Particle Injection for Climate Engineering) have proposed using stadium-size balloons, tethered to oceangoing ships using 12-mile-long hoses, to deliver sulfate particles into the stratosphere. More-dramatic plans call for dispatching flotillas of Navy warships to fire particle-packed artillery shells into the sky. In 1992, a U.S. government-funded committee calculated that firing five million metric tons of aluminum oxide into the atmosphere every year would require 35 10-barrel gun batteries operating 250 days a year at a cost of $100 billion. Particles tend to fall from the stratosphere after two or three years, so the scheme would have to be conducted continuously, in perpetuity. It would also require unprecedented cooperation among China, the European Union and the U.S.

Even if the project were administered perfectly, the side effects of the Pinatubo option—or, for that matter, of any other solar-radiation-management scheme—could be severe. The sudden drop in temperatures could result in less evaporating water entering the hydrological cycle, which could disrupt the monsoon seasons in India, China and the African Sahel, triggering a drought affecting billions of people. But humankind would have little choice but to endure the side effects. If the sun-blocking machine were to stop, temperatures would quickly rebound. At that stage, the side effects of solar-radiation management would seem manageable compared with the alternative—temperatures rising high enough that melting permafrost releases billions of tons of methane, a greenhouse gas 30 times as strong as carbon dioxide, pushing the climate into a state of no return.

Damon Tabor is a writer in Brooklyn.