A controversial theory suggests that life could pre-date Earth. 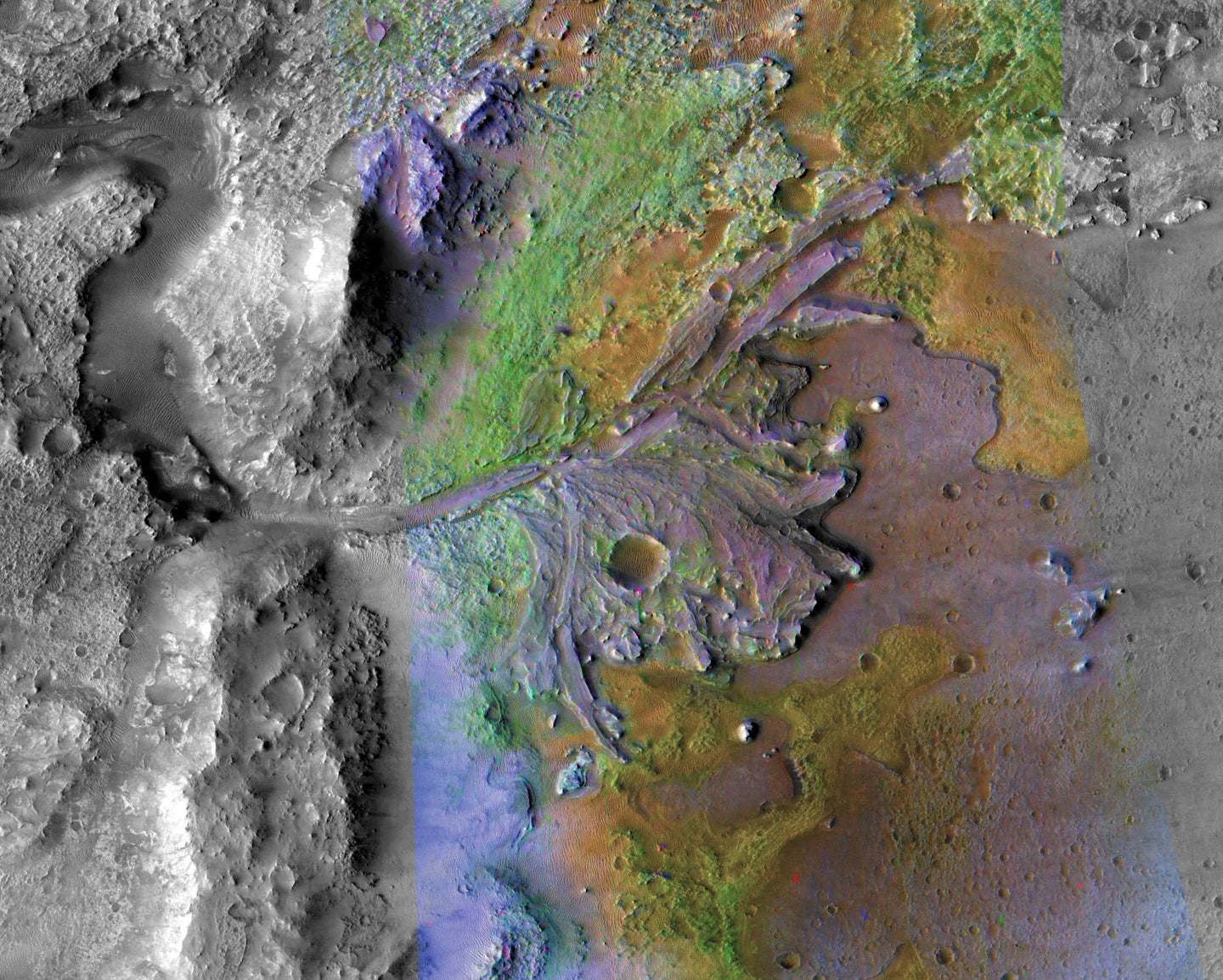 Many researchers wonder if microbes once lived in these ancient riverbeds. A few wonder if they might have been our ancestors. NASA/JPL-Caltech/MSSS/JHU-APL
SHARE

NASA’s most specialized life-hunting laboratory to date is currently hurtling toward the Red Planet, where it will attempt a landing next week. After the crimson dust settles, if all goes according to plan, the Perseverance rover will start rolling along dried-up riverbeds in the first direct attempt yet to address the question driving much of the Martian exploration program: Is there, or was there, life on Mars?

Perseverance won’t deliver a clear answer any time soon, but as results trickle back to Earth over the coming years, a small group of planetary scientists will be watching for hints of an even more alien idea. Maybe, just maybe, life on Earth came from Mars.

“There’s a number of things that have come to light only recently, which strongly support at least the plausibility of an origin of life on Mars and its potential transfer to Earth,” says Christopher Carr, a planetary scientist and the Georgia Institute of Technology, who recently published an unreviewed preprint reviewing the theory.

In recent decades, biologists have reconstructed great swaths of the family tree that relates all known organisms. Fossils suggest that human beings and apes shared a common ancestor as recently as 13 million years ago, and that whales, bats, and humans all shared parentage roughly 65 million years ago. The last universal common ancestor (LUCA)—a microbial Adam or Eve—likely lived in a sea vent roughly four billion years ago, genetic analyses have suggested.

And there the trail goes cold. Detailed genetic records peter out at the base of the tree of life. LUCA’s competitors may have survived some time as fossils, but the planet’s tectonic churn has long since demolished its earliest rocks. All biologists know for sure is that Earth formed around 4.5 billion years ago, and then half a billion years later LUCA lived. How it evolved, and where its forerunners came from, is up for debate.

Perhaps, Carr and a few others have imagined, LUCA was the descendent of microbial Martian invaders traveling by asteroid. The theory is not widely accepted. But Carr advances two reasons why a Martian origin for life is worth speculating about.

Carr says organic molecules “rain down basically everywhere” throughout the universe. But no one knows which specific chemical reactions fused organic molecules into the various building blocks needed to assemble cells on Earth. One prominent recipe holds that the friendliest environment for cooking up life is on land in shallow pools of water, where ultraviolet light, evaporation, precipitation, and heat from volcanoes or asteroid impacts could stir up the ingredients in the right ways (although many researchers believe deep sea vents make a compelling alternative option).

Early Earth, however, was drowning in water. Three and a half billion years ago, all but a couple percent of the Earth’s surface was deep underwater, researchers have estimated, and LUCA lived far before that. Meanwhile, young Mars was soggy but not soaked, possibly offering far more opportunities for life to get started.

The second clue comes from a possible pattern in amino acids, the building blocks cells use to construct the proteins they need to operate and survive. All LUCA descendants make their molecular machinery from the same 20 molecules, even though most modern proteins could conceivably work with about half of that repertoire. The less crucial amino acids seem to help organisms deal with oxidation, a 2018 study concluded, hinting that LUCA’s forerunners incorporated them while evolving in an environment rich in oxygen or other oxidizing compounds.

But Earth was oxygen-free for its first 2 billion years, so how did LUCA come by its oxidation-friendly amino acids? The roots of its family tree, Carr suspects, could stretch back to Mars, where oxidizing conditions developed earlier. Emerging there, life could have caught a ride to Earth on one of the many asteroids exchanged between the two planets.

Other origins of life researchers, however, doubt that the challenges to life arising on Earth are grave enough to resort to interplanetary travel. The young Earth lacked continents, but Hawaii-like islands likely provided more than enough real estate for life to take hold, according to Nicholas Hud, a biochemist also at Georgia Tech but who was not involved in the recent research. Additionally, he suspects organisms could have adopted the additional amino acids for reasons unrelated to oxidation.

A number of researchers have made arguments for Mars once being a friendlier environment for life than Earth over the years, but Hud hasn’t yet come across one he thinks is compelling. “I find [moving the origin of life to Mars] to be a little too dramatic,” he says. “Maybe we just need to understand some of the chemistry better. Maybe our model for the early Earth isn’t as good as it should be.”

Perseverance won’t find life on Mars next week, but its observations will, at the very least, begin to help researchers refine their understanding of early Mars. As the rover explores Jezero Crater, which once collected muddy waters from all over the area, its instruments may be able to better determine when Mars started to rust (or oxidize) by analyzing surface deposits (and see whether the onset of oxidation matches the inferred date for when pre-Earth life crafted its nonessential amino acids).

Ultimately, Carr hopes to someday send an instrument to Mars that could settle the debate: a gene sequencer to detect genetic material from current Martian life (if it exists) and check if it connects with our tree of life. Carr is a member of MIT’s Search for Extra-Terrestrial Genomes, a project working on just such a machine, and he says that after years of development their device is nearing flight readiness. The hard part will be finding living Martian microbes to analyze, given that the comfiest spots on modern Mars lie deep below the surface.

“This can really be done on a future Mars mission,” Carr says, even if it is a challenge.