Since the Viking landers’ footpads touched down on Mars, scientists have been searching for complex carbon molecules there, which on... 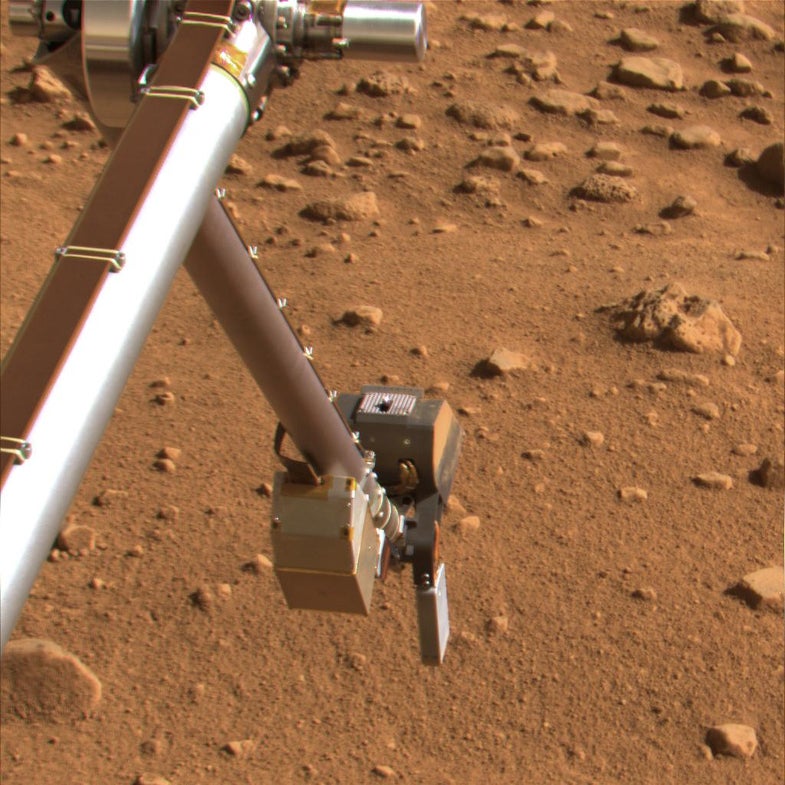 Since the Viking landers’ footpads touched down on Mars, scientists have been searching for complex carbon molecules there, which on this planet are the building blocks of all life. They’ve found some examples in meteorites purported to come from the Red Planet, but debate persists about the origin of those rocks, let alone the carbon signatures inside them, which some have (controversially) argued could indicate life. Now a new study says the rocks in question are from Mars, but the carbon molecules are not relics of extraterrestrial life.

Scientists led by Andrew Steele at the Carnegie Institution studied 11 meteorites from Mars, whose ages span 4.2 billion years. They even looked at the very recent Tissint meteorite, which fell in Morocco last summer and chunks of which were up for sale recently.

Steele and colleagues from four other countries examined the rocks with a suite of methods, including Raman spectroscopy, to determine the molecular structures. Ten of the rocks contained large carbon molecules, and at least some of those are indigenous to the rocks, meaning they didn’t come from Earth or other possible sources of contamination. It turns out the compounds originated in volcanic processes on our neighbor planet, not ancient microbes or other forms of life.

As silicate lava flows crystallized, carbon compounds interacted with oxide compounds and solidified. These compounds, which in one case included polycyclic aromatic hydrocarbons, are distributed throughout the rocks, Steele and colleagues report. This indicates that Mars has been completing organic chemistry on its own, probably for most of its existence.

There’s some indication that abiogenic hydrocarbons could form on Earth, too, although it would be very deep within and very uncommon. Most of our hydrocarbons come from long-dead life forms. “These findings show that the storage of reduced carbon molecules on Mars occurred throughout the planet’s history and might have been similar to processes that occurred on the ancient Earth,” Steele said in a statement. 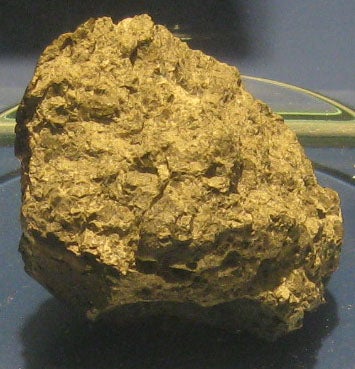 The Allan Hills meteorite, named for the hills where it was found in Antarctica, is thought to be one of the oldest relics of the solar system. Scientists believe it coalesced 4.091 billion years ago and is thought to be from Mars.

In a separate but related paper, Steele also reports on the Allan Hills meteorite, which was once thought to contain fossil evidence of Martian microbial life. The meteorite, named for the site where it was found in Antarctica, is thought to be 4.1 billion years old. Back in 1996, a team of scientists at NASA and other institutions claimed it contained evidence of ancient microbial life, because it contains a unique pattern of organic carbon compounds. But Steele’s studies say that this, too, is not biologically based — rather, the chemical reactions involve the graphite form of carbon. That paper appears in American Mineralogist.

While it may seem disappointing to confirm that Mars is a native organic chemistry lab, this is useful information for future Martian life hunters. Scientists will be able to use these studies to compare and contrast carbon-bearing formations and determine whether they’re of abiotic or biological origin. The meteorite paper appears today in Science Express.