Why Did Apollo Lunar Samples Have Amino Acids In Them? 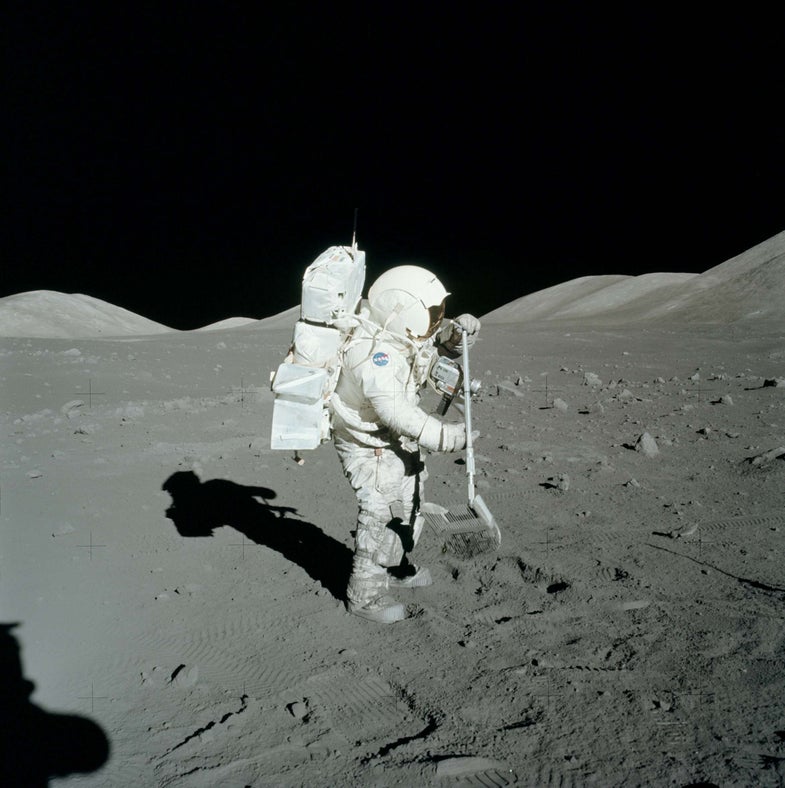 Amino acids are fundamental building blocks of life. These molecules combine together into proteins, which are the bricks and mortar that build your body as well as digest your food, repair tissues, and perform other vital functions. So why were there amino acids in the rock samples that Apollo astronauts brought home from the moon?

At the time, scientists were already pretty confident that there is no life on the moon. That left these four explanations:

1.) contamination, either from the astronauts or the handlers on Earth;

2.) and 3.) rocket fuel and solar wind, which contain precursors to amino acids;

Now, decades later, scientists may have finally gotten to the bottom of the mystery.

“The scientists in the 1970s knew the right questions to ask and they tried pretty hard to answer them, but they were limited by the analytical capabilities of the time,” said NASA astrobiologist Jamie Elsila in a press release.

Elsila and her team analyzed the amino acids at the atomic and molecular scales and used some process of elimination to settle the question.

If the amino acids had come from the Apollo rockets, then you’d expect the molecules’ concentrations to be lower in samples taken farther from the rocket. And if they came from the solar wind, then they should be less common as you dig further underground. Neither of these was the case, though; a sample taken miles away from the rocket had the same concentration of amino acids as a sample taken just beneath the rocket, and the amino acid concentration was actually higher underground than on the surface. That rules out hypotheses 2 and 3, leaving the Earth contamination and asteroid theories.

Fortunately, biological amino acids tend to look different from those in space rocks.

On Earth, living things use carbon differently from non-living things. Some forms of carbon have more neutrons than others, and life on Earth prefers the lightest kind of carbon, C-12. Non-living things (such as asteroids) contain a higher amount of C-13, which has one extra neutron in its nucleus. By analyzing the carbon isotope ratios, the scientists found that the amino acids from the Apollo mission were low in C-13, indicating they probably came from us.

Amino acids also tend to have different orientations depending on whether they come from living or non-living things. For some molecules, chemical reactions produce two versions of a molecule that are mirror-images of each other—one is “right-handed”, the other “left-handed.” But for some reason, life only relies on left-handed molecules. When the scientists analyzed the lunar amino acids, most of them were lefties. This evidence also supports the theory that the amino acids came from Earth.

However, it may be that asteroids and comets also contributed to the amino acids. Some of the amino acids detected in the lunar samples are rare on Earth but common on asteroids.

The researchers think their work could help to better control for contamination in other missions, as we send spacecrafts all over the solar system in search of organic molecules.