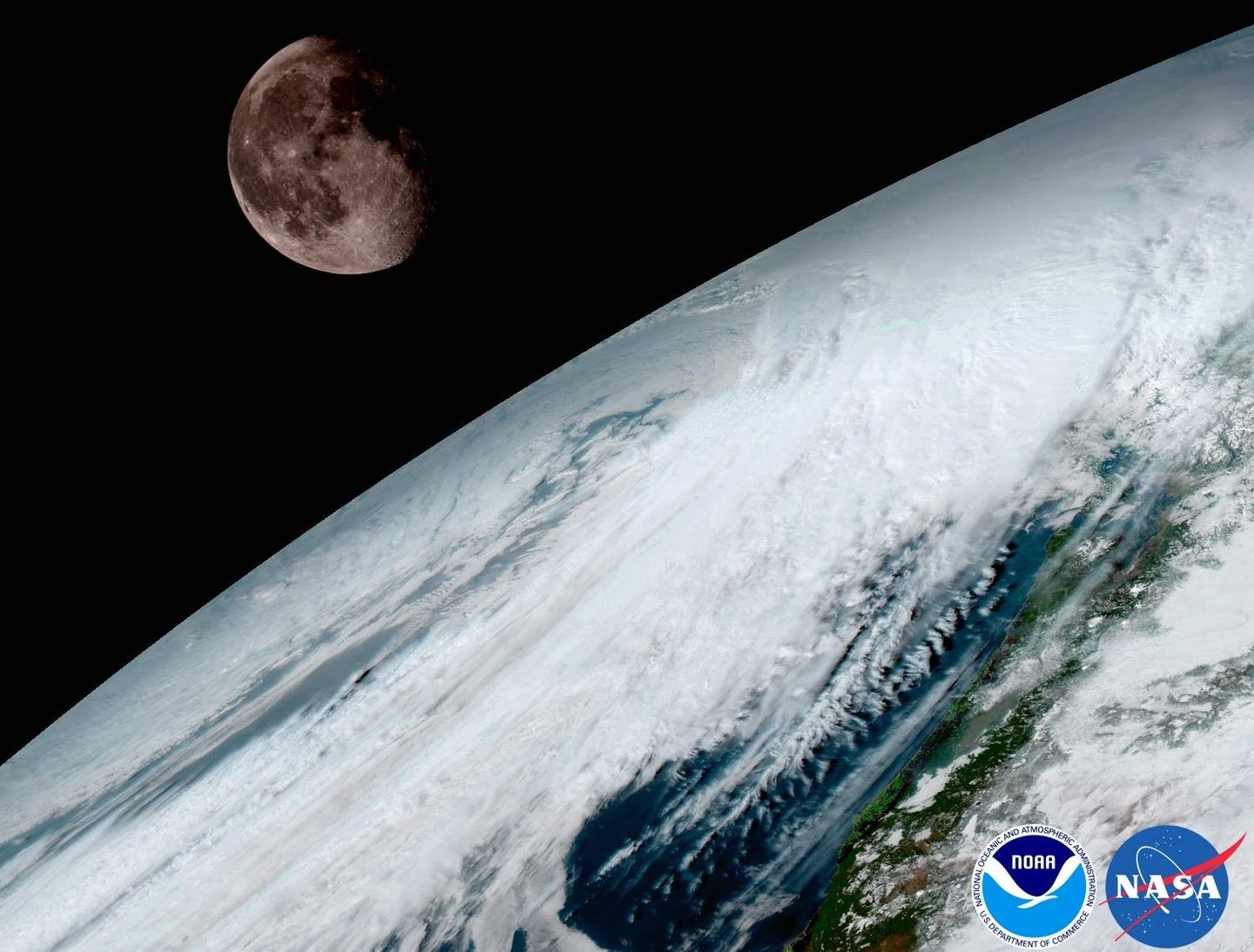 The Moon and Earth are seen together in this image. GOES satellites use the Moon to calibrate their instruments. NOAA/NASA
SHARE

A comparison of two images taken at the same time on the same day by GOES-16 (left) and GOES-13 (right). The new satellite can collect more data.

We’ve got a whole new view of our planet. The GOES-16 satellite, launched on November 19, sent back its first pictures of the Earth this week.

The satellite—a joint project between NOAA and NASA—is designed to observe conditions here on Earth, capturing images of our planet in an unprecedented 16 channels of light. The different wavelengths will let scientists monitor atmospheric conditions on the planet, helping to improve NOAA’s forecasts. It’s a big jump forward from previous iterations of the geostationary GOES satellites, which regularly send back images and data of conditions on Earth.

The new GOES-16 satellite and it’s companion GOES-17 (which is still in the final stages of construction and testing) will be able to take a full-disk image of the Earth every 15 minutes, and the entire United States every 5 minutes, which helps researchers track severe weather events, fires, and ash from volcanic eruptions.

Though it is known primarily for its studies of outer space, NASA studies the Earth as well, as is beautifully explained in this short video.

It’s just a bonus that the images sent back from the Earth-observing satellites happen to be stunning. Here are some of the gorgeous images from GOES-16. 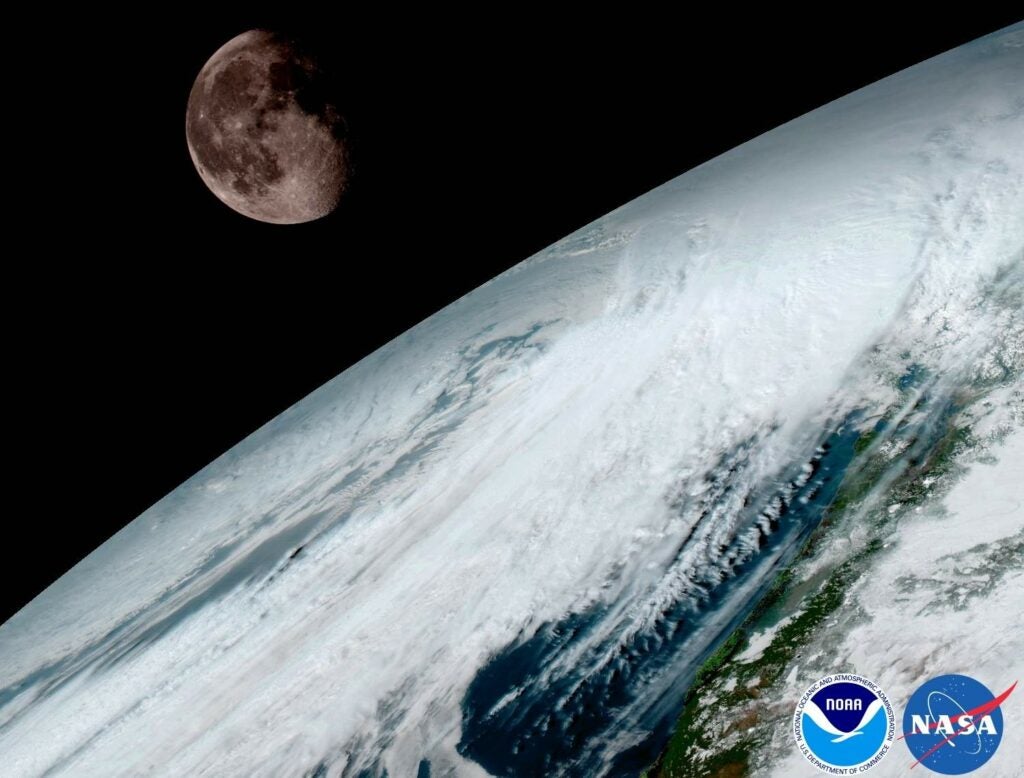 The Moon and Earth are seen together in this image. GOES satellites use the Moon to calibrate their instruments. 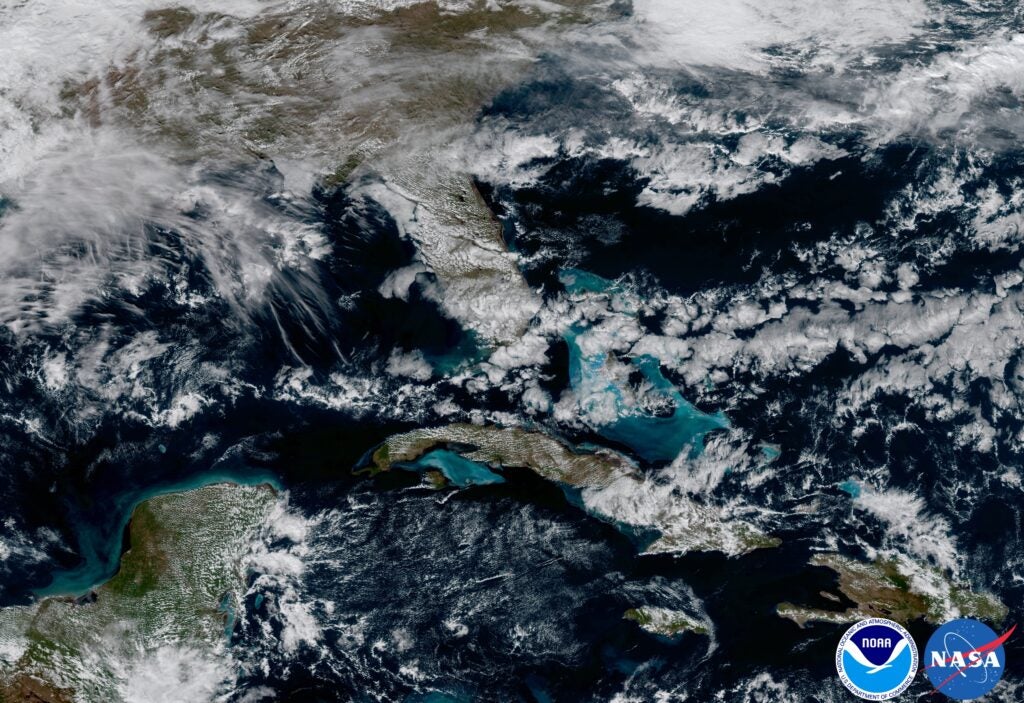 The shallow waters of the Caribbean appear bright blue in this image. 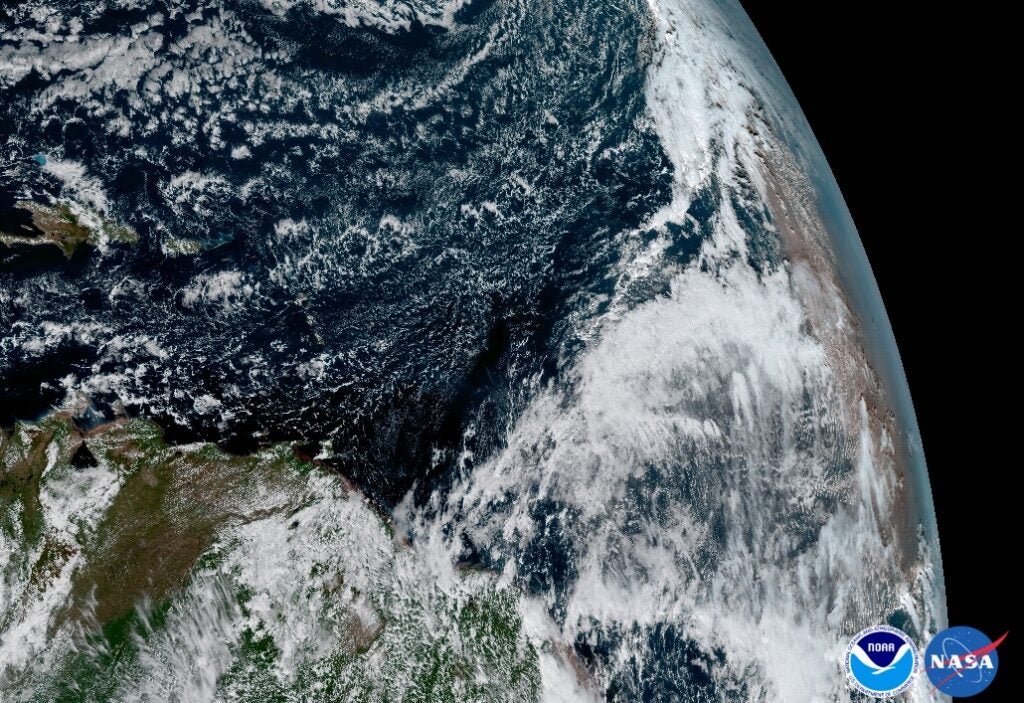 Dust in the Wind

Dust blowing off the Sahara is visible on the right of this image. Data from GOES will let researchers track these global patterns from space. The United States as seen in the 16 wavelengths of GOES-16. 10 are infrared, four are near-infrared, and two are visible light. 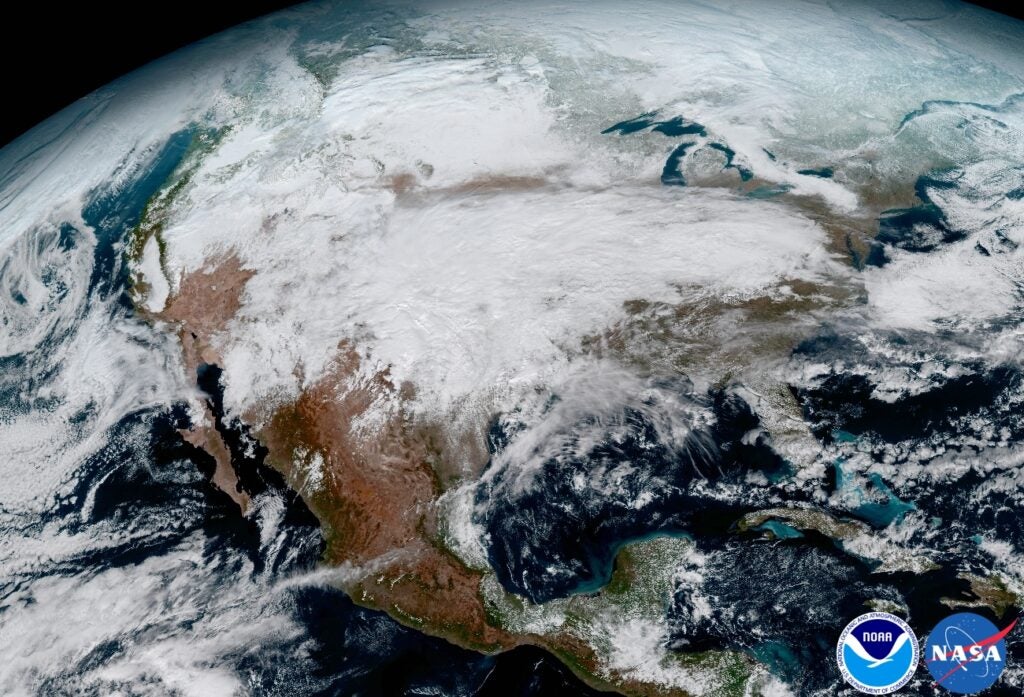 Storms in the United States

In this January 15 photo, you can see the movement of an icy storm that hit the country. 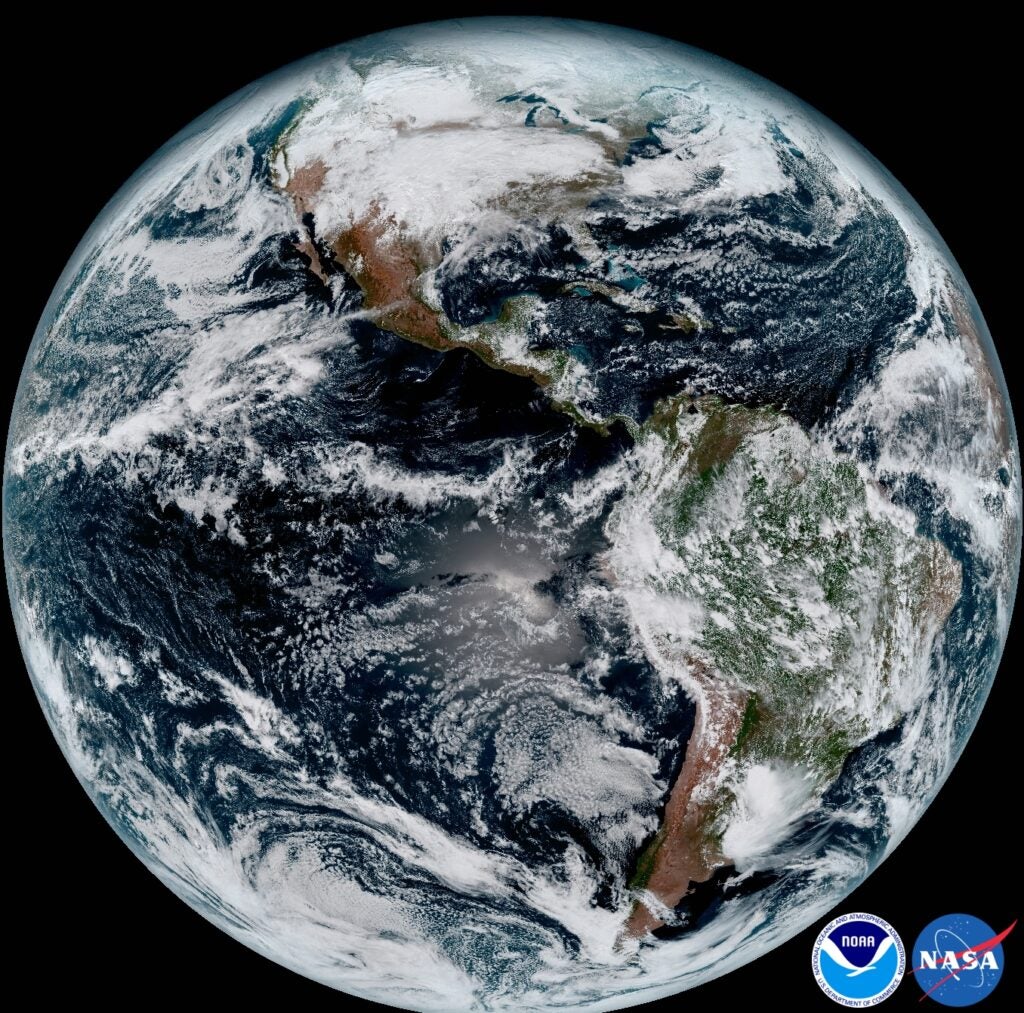