Meteors May Have Brought Vitamin B To Earth

A supplement from space 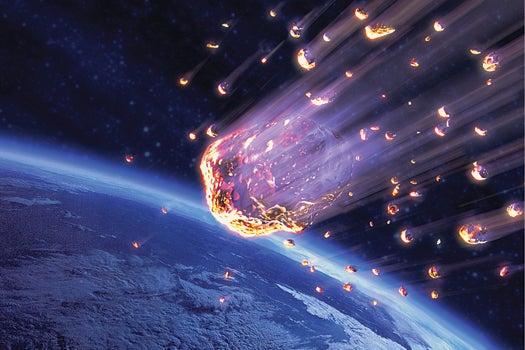 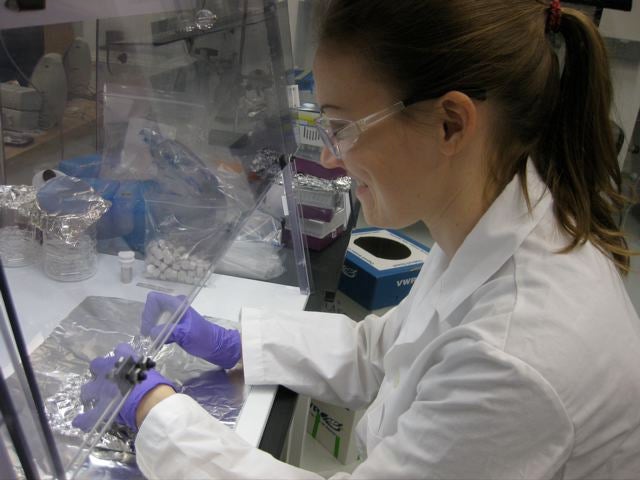 Karen Smith crushing meteorites with a mortar and pestle in Goddard’s Astrobiology Analytical Laboratory to prepare them for analysis. Vitamin B3 was found in all eight meteorites analyzed in the study.

Did life here begin…out there? We don’t yet know and may never. But there is compelling evidence that I might not be sitting here writing this today, or you reading it, if not for meteorite-enabled distribution of a simple vitamin billions of years ago.

Scientists funded by NASA’s Goddard Space Flight Center have found vitamin B3, a.k.a. niacin, in a group of eight ancient, carbon-rich meteorites. And the more pristine a meteorite is, the more B3 it contains.

The amount of niacin in the eight meteorites ranged from 30 to 600 parts per billion.

The finding suggests that a lot of the Earth’s initial niacin supply may have originated in space, during the cosmic events that created the Solar System, and been brought to earth by meteorites. Once here, natural processes like erosion degraded the meteorites, leeching that B3 into the environment.

Why is this a clue to the origins of life on Earth? Well, niacin, also called nicotinic acid, is a precursor to an amine called nicotinamide adenine dinuclotide (NAD). Amines are substances that are key to the formation of amino acids, which in turn are building blocks for molecular proteins. Molecular proteins are crucial to the functions that comprise living organisms, essentially the chemical bits within our cells that act upon the other, relatively inert bits.

The researchers are careful not to overstate the case, which was published this week in the journal Geochimica et Cosmochimica Acta. “It is always difficult to put a value on the connection between meteorites and the origin of life,” says lead researcher Karen Smith of Penn State, in an article on the NASA website. “For example, earlier work has shown that vitamin B3 could have been produced non-biologically on ancient Earth, but it’s possible that an added source of vitamin B3 could have been helpful.”

However, Smith and her colleagues also also found niacin isomers—related substances with the same chemical formula as niacin but with atoms attached in different formations—in the meteorites, at similar concentrations to the niacin. These variants are not used in or created by living processes, so are very unlikely to exist in the meteorites if the B3 they contain came from exposure to Earth-bound life.