Experience A Virtual Trip To Mars In A School Bus

"Take your second right past Mars on the magic..." 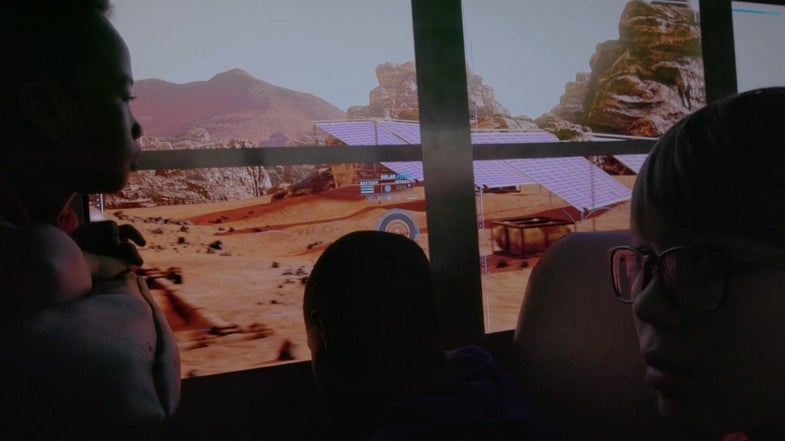 Some folks at Lockheed Martin took a boring old school bus and gave it a bit of magic: they designed the cabin to be an immersive, full-rendered VR experience for kids to learn more about Mars while driving around city streets like normal.

Built on the Unreal engine, the bus uses several sensors to monitor the real world and translate that to a VR experience. Bus goes 30, Mars goes 30; bus turns left, Mars turns left. They even mapped the surface of Mars onto city streets in Washington, D.C. to create a more detailed exploratory experience.

The whole project is fascinating to see going on—and hopefully something that will catch on nationally. And with more planets. And available to adults.