Are your molecules lefties or righties? 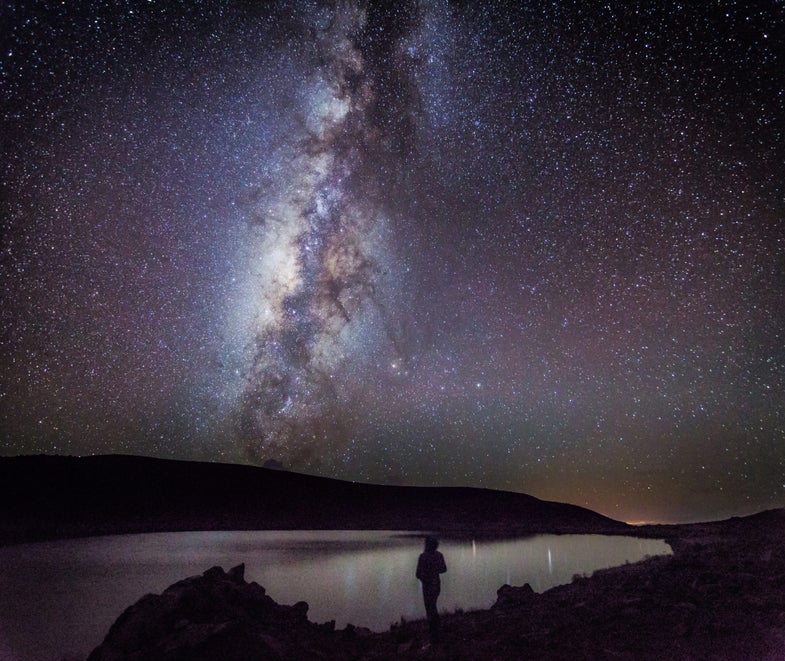 There are a lot of concepts that help life exist here on Earth. One is as simple as whether a molecule is right handed or left handed. As straightforward as it is, we still don’t know how the molecules got that way. But a recent discovery of a molecule in space might help us out.

The complex molecules that exist here on our planet often come in two versions, each mirror images or enantiomers of one another. But while its ordinary on Earth, we’ve never seen these kinds of molecules anywhere else in the universe. Now, for the first time, a team of scientists at the National Radio Astronomy Observatory in Virginia, the California Institute of Technology, and Harvard University discovered one of these so-called “chiral” molecules in space. The researchers think this discovery could help explain why some chiral molecules on Earth exist more commonly as one hand than as another.

Molecules are just atoms connected to each other. If you build two molecules that look exactly the same, they almost always have all of the same properties. Almost, I say, because of the existence of enantiomers: The same way you have a left hand and a right hand, molecules can be built left handed and right handed.

Here on Earth we deal with “homochirality” in biology all the time, where one version of the molecule becomes way more common than the other, the way right handed people outnumber left handers like yours truly. Amino acids, the building blocks of proteins, are almost always left handed, for example. We don’t really know why this happens. Finding chiral molecules in space could help researchers see whether anything happens while stars and solar systems are forming that causes one handedness to dominate others. The team announced their discovery today at the June meeting of the American Astronomical Society in San Diego.

The scientists observed a molecule called “propylene oxide.” Its backbone is formed by three carbon atoms connected together in a line, with an oxygen atom jutting out, making a triangle with two of the carbons. Depending on where that triangle is located, the two propylene oxide molecules, they might look exactly the same, or be mirror images of each other.

The group found the propylene oxide molecules in a gas cloud called Sagittarius B2 using the National Science Foundation’s Green Bank Telescope (GBT) in West Virginia with help from the Parkes radio telescope in Australia. Homochirality is interconnected with the existence of life, so understanding it might clue us into our origins. The scientists hope that now that they’ve found a chiral molecule, they’ll be able to dig deeper and see if the secret of homochirality lies in the stars.