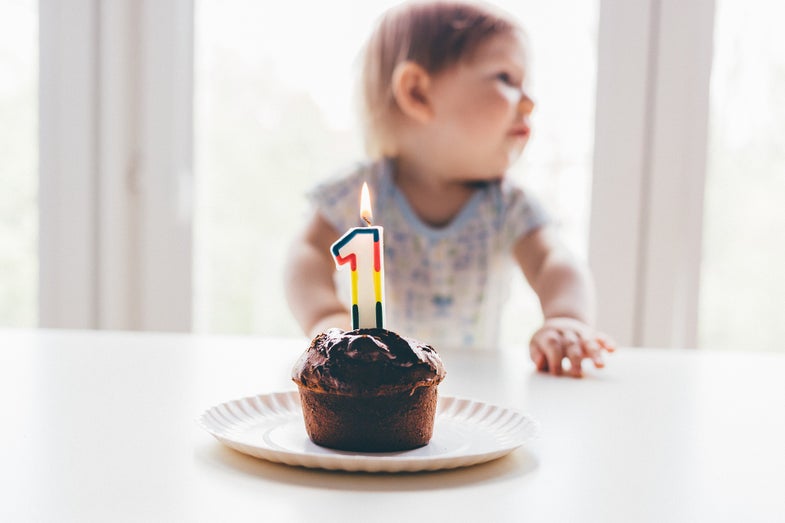 If you could avoid aging by refusing to have a birthday party, most adults would never celebrate again. Balloons and cake are a small price to pay for eternal youth.

To grown-ups, this all sounds like a big joke. We all know you can’t manipulate time that way. But to kids, it’s not such a wild idea.

Children as old as four and five think that the actual purpose of a birthday party is to increase your age. It’s not a celebration—it’s a ritual. A recent study supported this finding, which had actually already been established by previous papers.

And honestly, it makes sense when you think about it. Kids are told that they’re not three years old until Saturday, because that’s when their birthday is. Once their birthday hits, they’re suddenly three. They’ve got remarkably consistent data to support this hypothesis. It only follows that the party is what’s causing them to age. And then it seems reasonable to conclude that if you don’t have the party, you don’t get a year older. How could you? The party is the key, guys. Some kids in these studies even thought that deliberately celebrating birthdays backwards could make you younger.

Even when confronted about how this could be possible, children are often still convinced this is how aging works. They’re just not quite sure how. Some of them have started to grasp the idea that time is an unstoppable, irreversible march forward, but still have trouble reconciling how they could age without throwing a party.

By age seven, more kids understand that we age continuously, and that the party is just an associated event. You turn eight regardless of whether you throw a birthday bash. Even as late as age nine, though, studies suggest that a small percentage of children still think parties cause aging.

All of this is an adorable misunderstanding of how time works, and it illustrates something that might be easy for us to forget: we’re not born with an inherent understanding of hours and minutes. Yes, babies have a sense that time passes. They seem to be able to anticipate the next step in a pattern where lights turn on and off, which suggests that they can identify time intervals. But their internal biological clock still isn’t all that precise. If you ask a six year old whether three minutes is longer than two hours, for example, they’ll struggle to give the right answer. Three feels bigger than two. And this is true even if they can tell you what an hour means.

Knowing the definition of the word hour is different from really understanding the concept. It’s not until we internalize that—how many minutes and seconds are inside of an hour, and how that passage of time feels—that we start to organize our memories that way. Until then, our past is sort of a mish-mash of events that all happened in the ambiguous “yesterday.” Lots of kids use that word to mean anything that came before today. They don’t have the mental organization to project backwards and forwards in time. A three-year-old has right now, everything that came before, and everything that hasn’t happened yet. There’s no sense of how far away this weekend is versus the next, or how long it’s been since last weekend. They’re both just vaguely in the future.

So at a child’s fourth birthday party, that kid isn’t thinking that he’s been slowly aging from three to four over the past year. He’s thinking: I am four today. Today is the day it happened. The preceding and forthcoming years aren’t a continuum for him the way they are for adults, so it’s not until we start to understand that concept that we also grasp the idea that birthdays aren’t the thing that ages us.

It’s so easy to forget that someone literally had to teach you how long a minute is. Once you internalize the idea of a minute, you can just kind of feel it. Your brain is amazing like that. Childhood is like one big exercise in training your brain how to think, which is why those years are so formative. If no one ever teaches you that time moves forward linearly, you might never realize that just because you say you’re turning 29 again doesn’t make it so. But hey, we can keep on pretending.