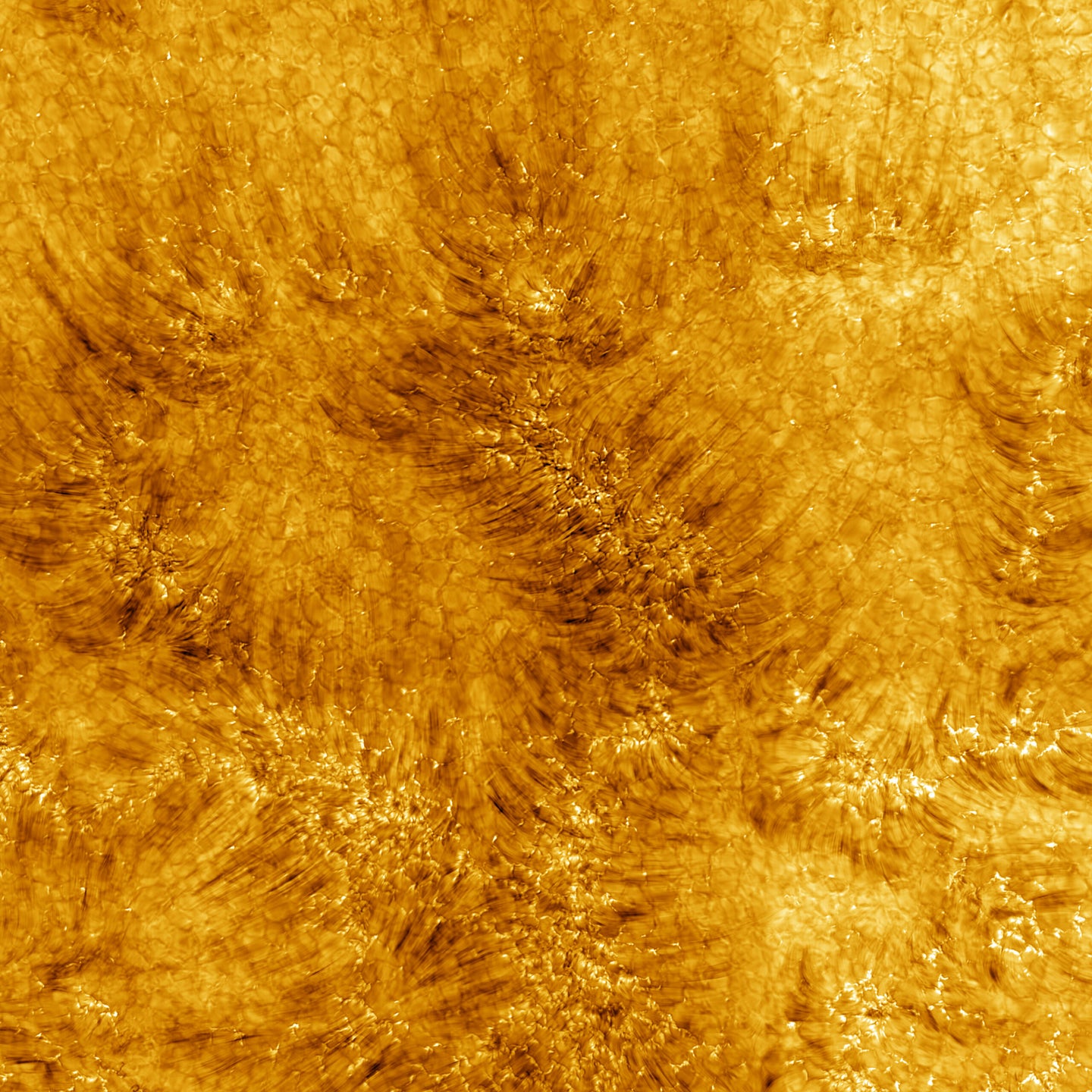 It’s certainly been an exciting few months for telescopes. The National Science Foundation (NSF) has just released stellar new images of the sun’s face, courtesy of the Daniel K. Inouye Solar Telescope (DKIST) in Hawaii. The images show the chromosphere, the middle layer of the sun’s atmosphere, which can reach over 13,000 degrees Farenheit. The pictures vaguely resemble the bright yellow flowers in Vincent van Gogh’s painting, “Sunflowers.”

Hairs of fiery plasma flow into the corona, the suns outermost atmospheric level, from a pattern of pores. The sun’s chromosphere sits below the corona, which is usually invisible and historically has only been seen during a total solar eclipse. But new technology like this telescope has changed that.

The blistering blobs are called granules and are about 994 miles wide. Each of these portraits shows an area about 51,260 miles wide, only a small percentage of the sun’s total diameter.

The images were taken on June 3 and released to the public this week. Named for the late Hawaiian Senator Daniel K. Inouye, the DKIST is currently the largest solar telescope in the world. The 13 feet-wide telescope rests on the peak of the mountain and volcano Haleakalā (or “House of the Sun”) on the island of Maui. It’s focused on understanding the explosive behavior of the sun and observing its magnetic fields. It will also help scientists predict and prepare for solar storms called coronal mass ejections (CME). CME bursts send hot plasma from the sun’s corona to Earth and interfere with electricity and internet connections. It is part of the NSF’s National Solar Observatory.

“With the world’s largest solar telescope now in science operations, we are grateful for all who make this remarkable facility possible,” said Matt Mountain, AURA President, in a press release. “In particular we thank the people of Hawai‘i for the privilege of operating from this remarkable site, to the National Science Foundation and the US Congress for their consistent support, and to our Inouye Solar Telescope Team, many of whom have tirelessly devoted over a decade to this transformational project. A new era of Solar Physics is beginning!”

This telescope is not free from controversy since its location is in a sacred spot of Native Hawaiians. Mountain tops likes this one are regarded as wao akua, (realm of the gods), places where both deities and demigods existed on Earth. They are still sacred places of reverence, where many Native Hawaiians visit to honor ancestors and practice other spiritual traditions.

Following protests in 2015 and 2017, the telescope’s officials began to meet with working groups of Native Hawaiians, who have since gained more authority over the site. The peak also remains open to native Hawaiians and a sun-centered middle-school curricula that highlights Hawaii’s long history of studying astronomy has been developed.