It crashed down onto a frozen lake in Michigan, untainted by Earth’s environment. 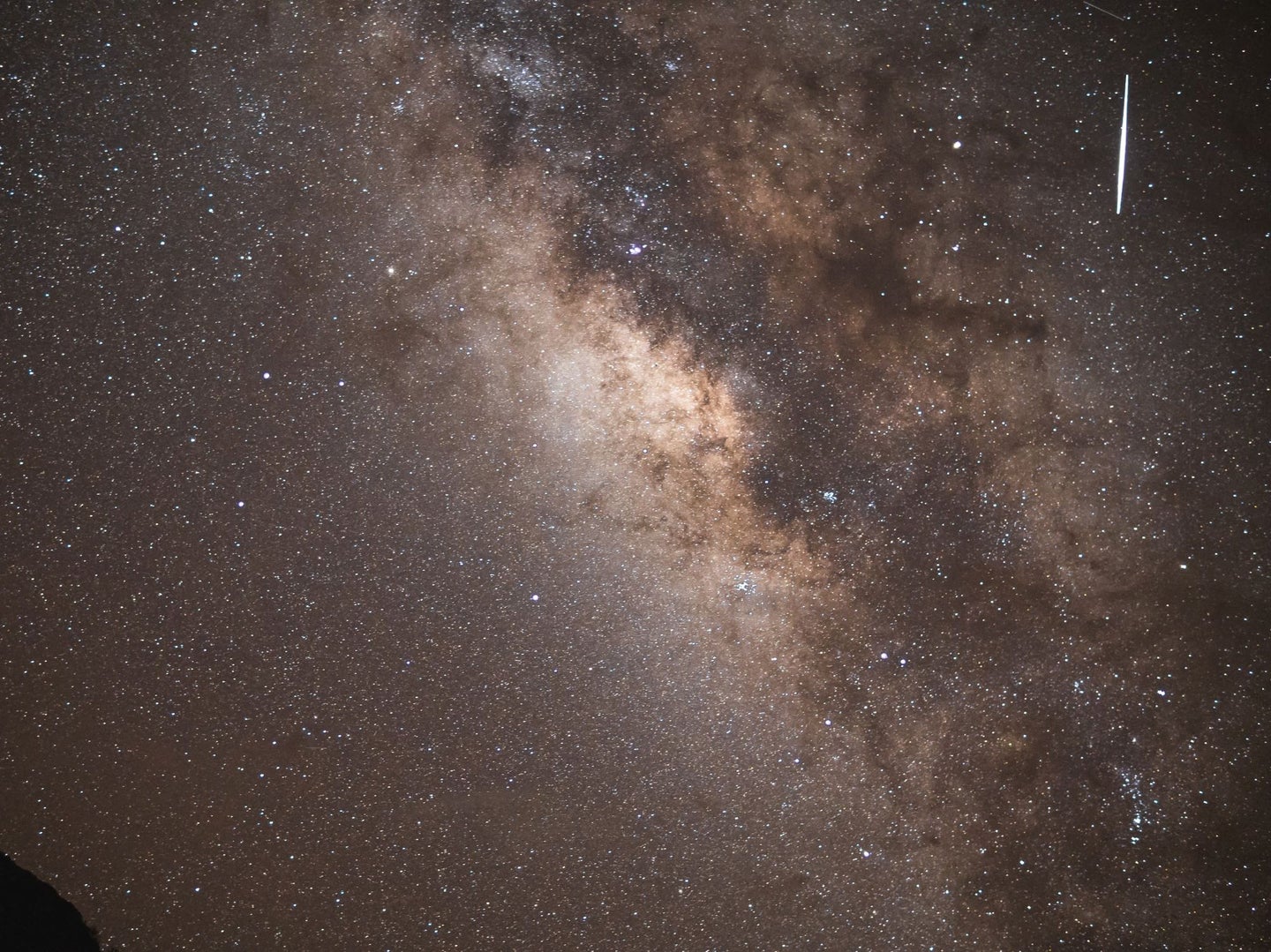 The meteorite was recovered from a frozen lake in Hamburg, Michigan in January 2018. Brannon Naito
SHARE

Meteorites are little bundles of scientific evidence, holding secrets to deep space and how life was seeded on Earth. The problem is, it’s rare that they’re actually recovered before they are contaminated by liquid water and terrestrial microbes, rendering them far less useful. So when a meteorite fell on a frozen lake in Hamburg, Michigan in early 2018 and was recovered within two days by a meteorite hunter who then brought it to the Field Museum in Chicago, scientists were intrigued. They flocked to the museum to study the unusually pristine specimen.

A study published Tuesday in the journal Meteoritics and Planetary Science takes a look at that space rock, identifying 2600 organic compounds and dating the material to 4.5 billion years old. The work was a collaboration between 29 scientists from 24 institutions who each applied their own technique to identify organic compounds in the sample.

Most meteorites that fall to Earth land in the ocean, which makes up over 70% of the Earth’s surface, or in uninhabited land areas, so they go unnoticed. This meteorite, though, fell in Michigan, and it was visible from Chicago as it was falling—sightings were reported by 674 people in 10 different states. A NASA weather probe was then able to track down its location, and it was a meteorite hunter—not a scientist—who went to retrieve the rock from the frozen lake on which it had landed and turned it over to the Field Museum. It was these serendipitous events that made the research possible.

Researchers identified 2600 organic compounds on the meteorite, which were mostly heavy, complex hydrocarbons. The realization that meteorites hold organic compounds is not new, according to Philipp Heck, a curator at the Field Museum and lead author of the study. It just lends even more evidence to an existing theory—that similar space rocks dropped off organic material to Earth billions of years ago, and that material helped seed life on our planet.

“It actually makes it much more likely now … that meteorites played an important role in delivering organics to Earth,” says Heck. Eventually, these organics developed into early forms of life.

The authors of the study were also able to determine that the original asteroid the rock came from formed 4.5 billion years ago by looking at isotopes in the rock. The piece that landed on Earth broke off from its parent body about 12 million years ago. They determined this by analyzing the changes that occurred in the meteorite due to cosmic radiation, which is ubiquitous in the Solar System. Earth’s atmosphere and magnetic field protects us from the rays, but out in space they bombard nearly everything in sight, changing and breaking down molecules.

“I like to use the rain bucket analog,” says Heck. “When you have a rainfall outside that is pretty constant over an afternoon, and you put a bucket outside and wait for an unspecified time, take it in, and then look at the water level in the bucket, you can determine how long it was outside if you know how much rain fell.” So by seeing how much isotopes in the meteorite have changed, they can see how long it’s been careening through space.

According to Heck, meteorite researchers are unlike other scientists in that they rely on ordinary people to recover samples rather than finding them on their own. This is because of the random, unpredictable way that meteorites fall to Earth. Without meteorite hunter Robert Ward and private collector Terry Boudreaux, he says, the Hamburg meteorite might not have been recovered before it was exposed to liquid water and its original organic compounds mixed up with terrestrial compounds.

“This collaboration between citizen scientists and scientific institutions made such a study possible,” says Heck.