For astronauts in space, play is a way to stay safe 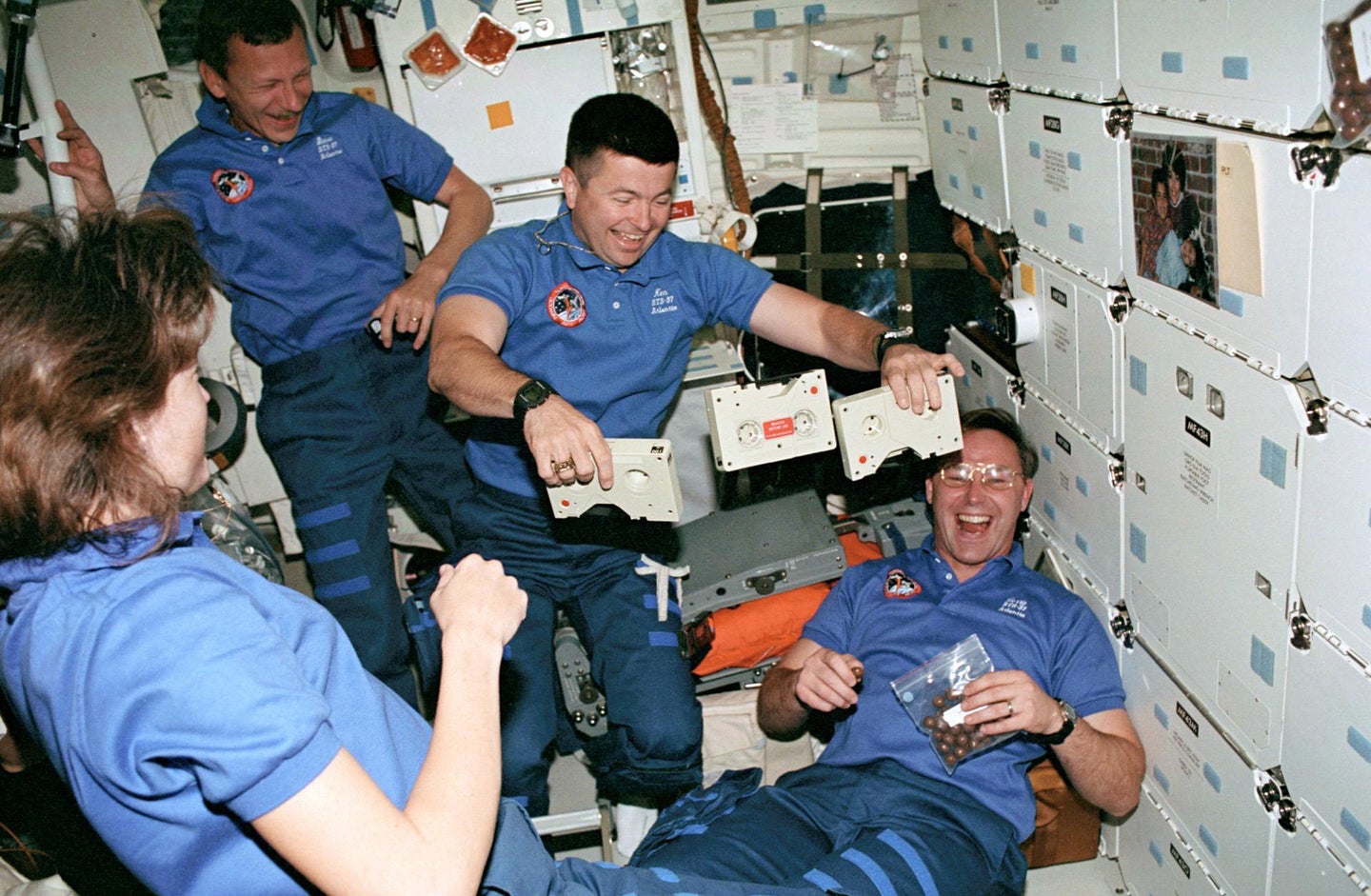 Astronauts in transit have gone from watching movies on cassettes to adding titles to their Netflix queues. NASA
SHARE

The lucky residents of the international Space Station pull 12-hour shifts, including two and a half hours of gym time and six and a half hours of lab work, among other duties. They sleep eight hours, leaving another four for goofing off in zero gravity. If the timing’s right, they call home to catch up. They watch their alma maters play football (the Army-Navy game is particularly popular). NASA has sent up playthings like guitars, keyboards, and a saxophone, as well as a chess set outfitted with Velcro to keep the pieces from floating away.

Staying entertained is vital because when you’re on long space flights, boredom can be dangerous. “It leads to performance errors,” says NASA Senior Operational Psychologist James Picano. Breaking a tool is a lot more worrisome when you’re trying to keep a vessel that weighs hundreds of thousands of pounds on course. Not only does playtime keep operations smooth, it also plugs the team into pop culture and helps Americans relate to their high-flying idols.

But astronauts might not always have that solid link to Earth—or room for guitars. NASA’s plans to go to Mars by 2040 may require a seven-month voyage in a craft with the living space of a two-car garage. Maintaining a constant long-distance signal will be tough, but when bandwidth allows, Houston could beam up TV series for binge-watching. The agency is also looking into virtual reality so interplanetary travelers can spend an afternoon at the beach.

What will the people we send to space do for fun decades from now, when they’re setting up shop on Mars and the moon? “Boy, I have no idea,” Picano says. For a glimpse, look to the South Pole’s McMurdo Research Station, which once had a manually operated bowling alley and now features a wine and coffee bar. “As a species we are innovators,” Picano adds. “If you send soldiers or scientists to confined or austere environments, they will find ways to play. It never ceases to amaze me.”