Valles Marineris is bigger than the Grand Canyon many times over. 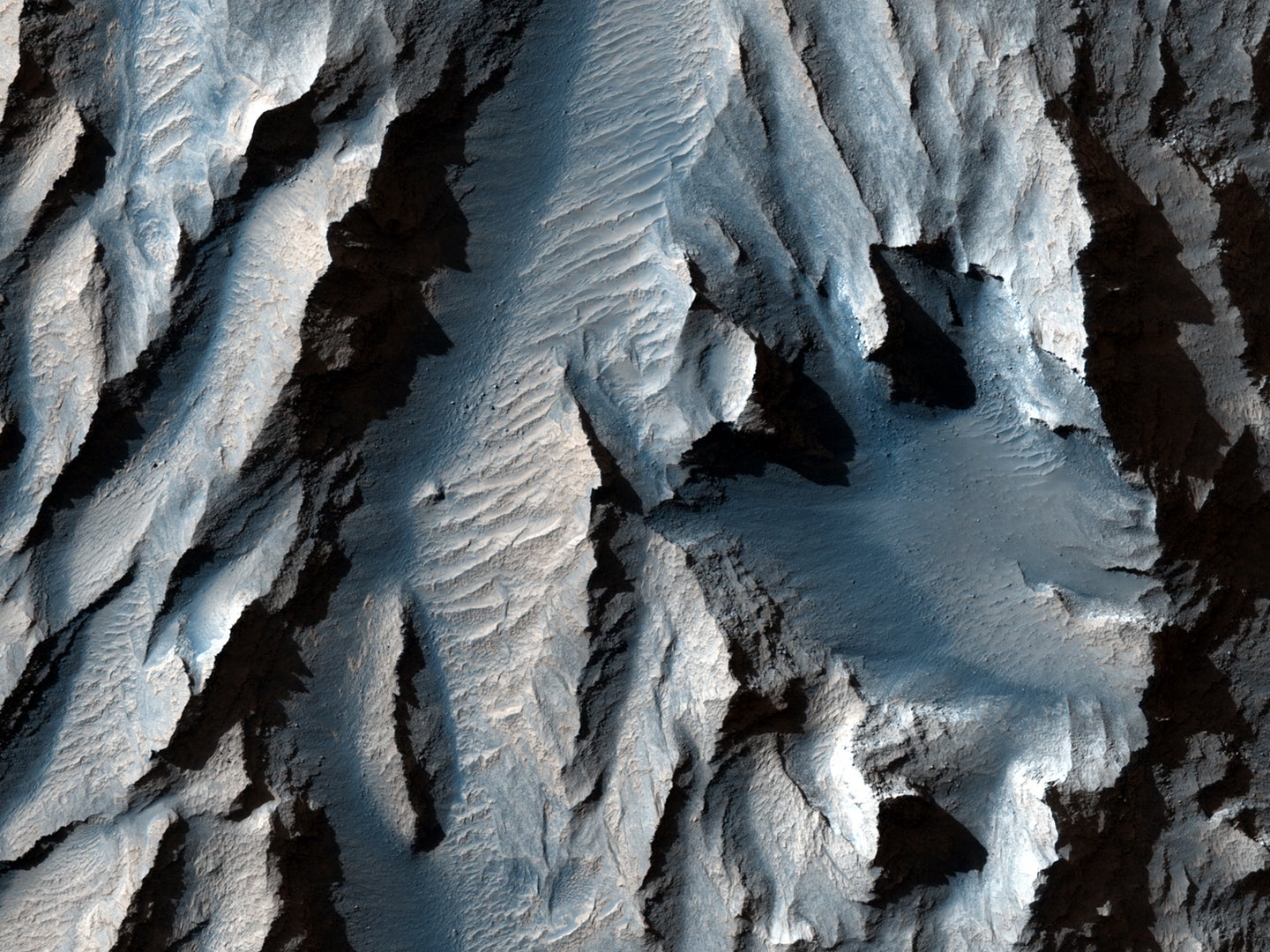 A close-up view of Tithonium Chasma, which is feature of Valles Marineris, the solar system's largest canyon. NASA/JPL/UArizona
SHARE

Stretching 18 miles wide and averaging 4,000 feet deep, the Grand Canyon is absolutely humbling to us wee humans. But it seems pitiful in comparison to the Valles Marineris canyon on Mars, which is roughly ten times longer and five times deeper than the Grand Canyon—stats that earn it the title of the largest canyon in the entire solar system.

Numbers alone are one thing, but breathtaking close-up images of Valles Marineris recently released by the University of Arizona put the stats into perspective. And they’re not just nice to look at—they’ll help researchers better understand how this gigantic chasm formed, which is still largely a mystery.

One leading theory, as noted by the European Space Agency (ESA), is that Mars’ crust was ripped open billions of years ago by magma swells. A neighboring area called Tharsis bulge—which is home to the solar system’s largest volcano Olympus Mons—became engorged with magma, stretching and ripping the landscape, and eventually caused a massive rift. Images like those recently released by the researchers at the University of Arizona have also suggested that landslides and ancient rivers sculpted Valles Mariners after it ripped open. Getting better looks at small details, like fault lines and areas where rocky material clumps together, helps scientists fine-tune their ideas of how Valles Marineris came to be.

Researchers used the HiRISE camera on the Mars Reconnaissance Orbiter to snap the most recent shots. The instrument is massive, clocking in at 143 pounds and measuring roughly five feet by two feet. All of the tech packed into this camera has massive capturing and processing power. It can resolve something the size of a kitchen table in a shot of Mars’ surface 3.7 miles wide.

To get more clues as to the structure’s origins, researchers used this impressive power to zoom in on regions of the canyon like Tithonium Chasma, pictured above. They noted light and dark diagonal slashes on the surface of the feature’s slope, which they think could point to ancient cycles of freezing and thawing on the Red Planet. It’s tiny details like these that will help us understand how Valles Marineris came to be, as well as the planet’s climate history as a whole. Doing so will hopefully clarify if there was ever a whisper of life on Mars—and where.