The air we breathe may be the result of a chance collaboration between microbes and the moon. 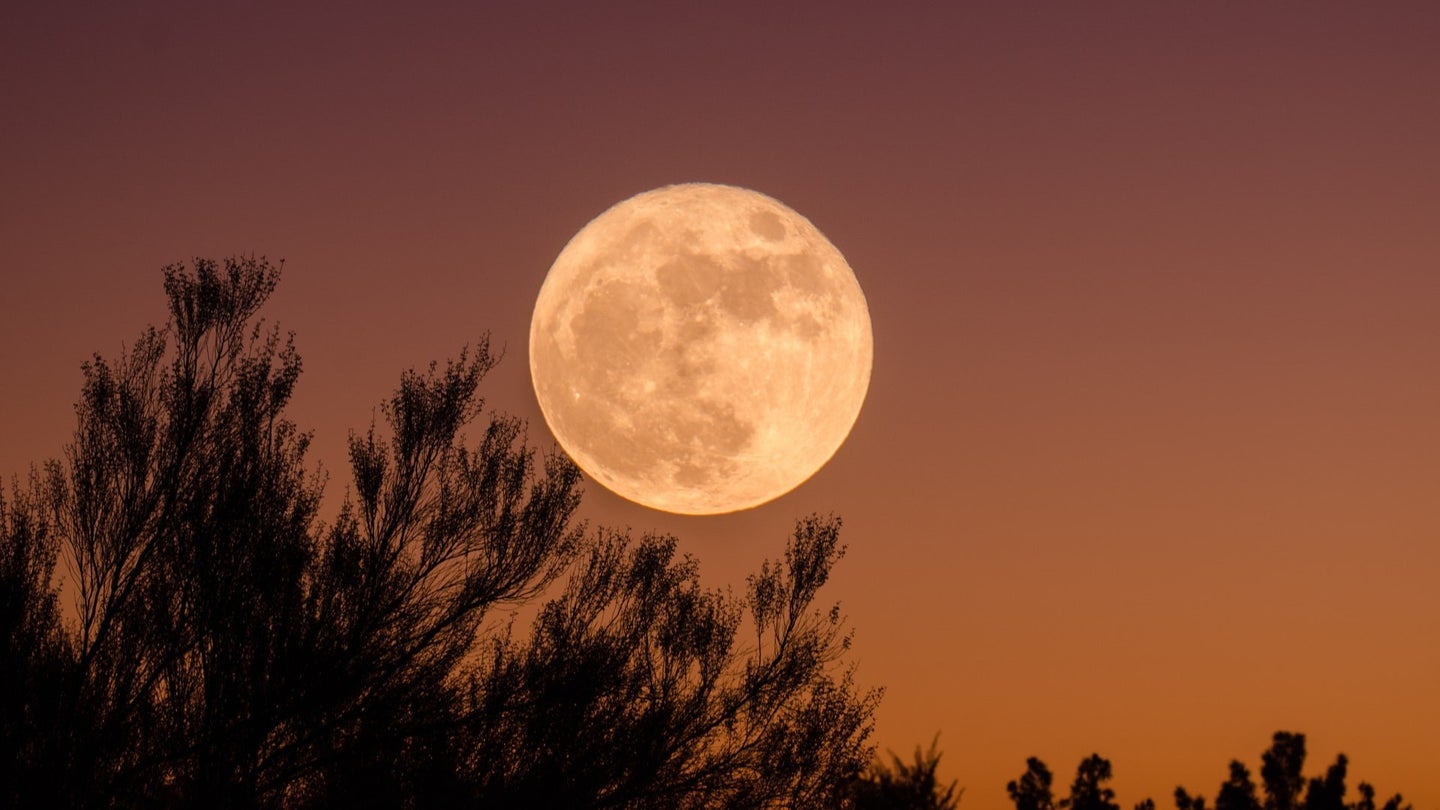 The pull of the moon may have helped more oxygen develop on Earth. Ganapathy Kumar/Unsplash
SHARE

If time travelers could venture back to the ancient Earth, say around three billion years before present day, they’d be wise to bring life support. That’s because the planet had so little oxygen at the time, they’d quickly suffocate. Without breathable air, the temporal explorers wouldn’t survive long enough to witness another peculiarity of early Earth—that the sun would rise perhaps every 16 to 17 hours. Now, a new theory holds that the overlap between short days and minimal oxygen could be more than pure coincidence.

Researchers have long puzzled over the way Earth’s oxygen appears to have risen haltingly over time. The planet started out with almost no oxygen, but then seems to have abruptly jumped up to roughly a few percent of its current abundance around two billion years ago—an episode dubbed the Great Oxidation Event.

Next, oxygen leveled out for a timespan scientists call the boring billion years, before another sharp increase. Who can we thank for all this breathable oxygen? Biologists assume credit should go to photosynthesizing microbes, which release oxygen while making energy from sunlight.

Except the timing is all wrong. Such microbes likely evolved long before beyond the first oxygen jump, and it isn’t clear what could have slowed them down during the boring billion.

“If oxygenic photosynthesis is driving the increase in oxygen, then why did it stop increasing for such a long time and restart again?” says Arjun Chennu, an ecologist and data scientist at the Leibniz Center for Tropical Marine Research in Germany.

How the moon could have oxygenated the Earth

Over the years, many ideas have emerged to explain the oxygen jumps. Volcanic gas, which soaks up oxygen, could have diminished. Or perhaps the early environment lacked the nutrients necessary for the cyanobacteria (those oxygen-producing microbes) to thrive.

But one suggestive coincidence piqued the curiosity of Judith Klatt, now a microbiologist at the Max Planck Institute for Marine Microbiology: as oxygen levels rose, the days were getting longer.

[Related: Lakes around the world are losing oxygen]

Near the beginning of its existence, the Earth completed a full rotation once every six hours or so. But as oceans formed, and the moon’s gravitational pull sloshed those oceans back and forth across the crust, friction has incrementally lengthened the planet’s rotation to our present 24 hours (and the days continue to lengthen, growing by one one-hundred-thousandth of a second each year).

But that extremely gradual slowdown hasn’t been constant. One common theory holds that two types of tides, some in the ocean and others in the atmosphere, may have opposed and neutralized each other and held the day steady at 21 hours long for perhaps a billion years—a truce that happens to coincide with the boring billion, and the oxygen increases that bookended it.

Klatt approached Chennu to work out the details of how the microbes of the era might have responded to longer days. From postdoctoral work at the University of Michigan, she was intimately familiar with microbial mats, millimeter-thin layers of cyanobacteria and a multitude of other organisms that clung to coastal rocks and sediments for much of Earth’s history. She suspected that their oxygen production might depend on day length.

The model Chennu came up with suggested that it did. Crucially, the oxygen production depended on how fast the daylight changed. When the Earth spun around too quickly, the cyanobacteria couldn’t ramp up to their maximum oxygen production before dusk came. But as the Earth’s daily rotation slowed, they were able to achieve their full oxygen-producing potential.

“It’s a very small effect, but working on every sunlit day for millions of years, it can produce changes that we think are global in significance,” Chennu says. The team published their results on Monday in Nature Geoscience.

To test their simple model against the messiness of reality, divers retrieved sample microbial mats from Lake Huron. These were complex colonies with many types of microbes, including some that compete with the cyanobacteria for prime sun-absorbing position at the top of the mat.

When the researchers simulated day lengths of 12, 16, 21, and 24 hours using artificial light, the mats expelled the most oxygen on the longest days—more, in fact, than the initial model predicted.

Looking to the future for more clues to the past

The researchers point out that their conclusions rest on several assumptions. Microbial mats must have been plentiful, for instance, as the fossil record suggests. But researchers’ knowledge of Earth’s rotation rate and oxygen abundances that far in the past is also quite fuzzy and circumstantial.

But if the pause in Earth’s spin down truly lines up with the boring billion, their theory handles the rest. Longer days led to more oxygen, until the cyanobacteria were able to overcome Earth’s natural ability to absorb oxygen, prompting the Great Oxidation Event. Then the spin stabilized for the boring billion. Finally, the days started lengthening again and oxygen rose once more. Much later, sprouting forests took over and boosted oxygen to its modern levels.

Previous theories explaining the Great Oxidation Event could have contributed, too, Klatt says. The new day length idea adds to their effects, rather than competing with them. “There are probably a zillion other mechanisms operating at the same time,” Klatt says.

Next the team hopes that other researchers will refine their straightforward estimate of how daily oxygen production could lead to long-term changes in the atmosphere. They also look forward to still-uncovered stashes of ancient rocks that might serve as sharper snapshots of the early Earth. And lunar rocks, to be retrieved on future missions, could hold a more detailed record of how the moon has slowed the Earth through tides over time. Any one of these lines of evidence could illuminate the connection between the spinning of the planet and the air we breathe.

“We’re hoping that this mechanism might be kind of a linchpin to think about this boring billion years problem,” Chennu says.