Bacteria have bonded carbon and silicon for the first time. What can they teach us? 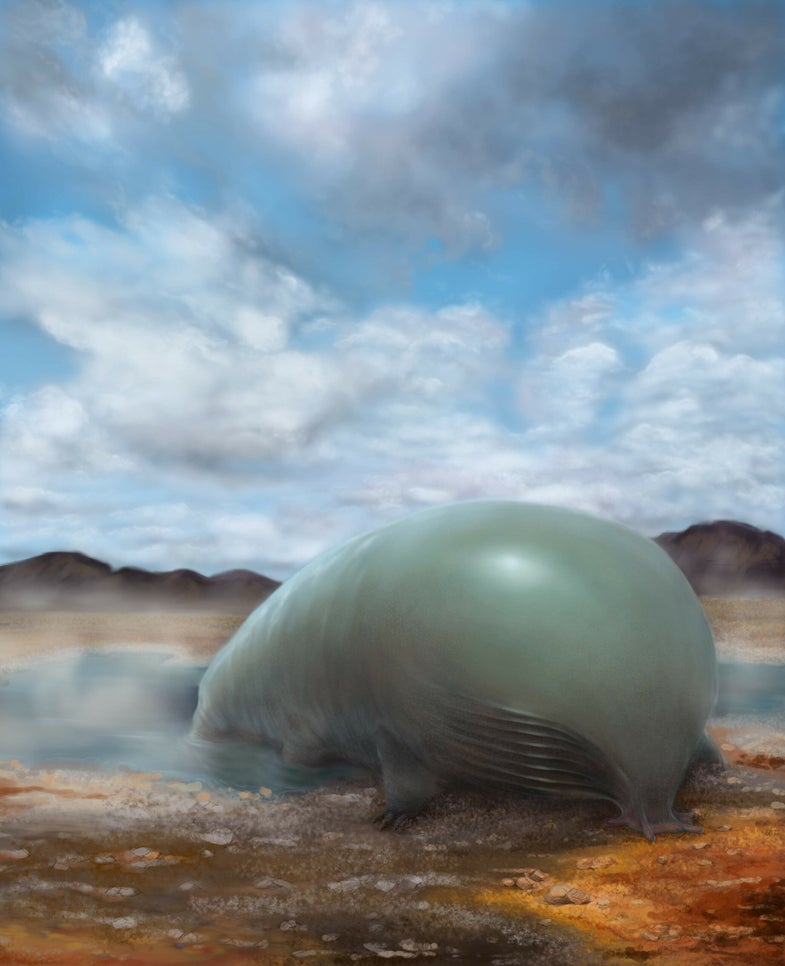 Here on Earth, silicon is the stuff of rocks and glass and computer chips. It shows up in life, too – in plants and the shells of the algae diatoms, and as traces in our bodies. But life as we know it doesn’t make all that much use of this element.

The key ingredient for life on Earth is, instead, carbon. Our cells are assembled from a dizzying array of molecules made from carbon backbones attached to a few other elements.

But silicon seems like it should also be a good candidate. “If you’re a life form and want to exist somewhere, you want to take the building blocks that are common and easily accessible. That is carbon of course, and to some degree it’s silicon too,” says Dirk Schulze-Makuch, an astrobiologist at the Technical University of Berlin.

Science fiction loves to speculate about aliens that use silicon instead of boring old carbon. Now scientists have managed to cajole living cells into binding the two elements together for the first time. When provided with silicon-based compounds, a protein normally found in bacteria from Icelandic hot springs can form molecules with carbon-silicon bonds in living cells, researchers reported November 25 in Science.

“Something that exists out there in nature already is poised to do this entirely new chemistry, and do it relatively well,” says coauthor Frances Arnold, a chemical engineer at the California Institute of Technology in Pasadena. “It opens up a route to making compounds that nature never made before. Then you can explore what costs and benefits they provide to living systems.”

Silicon-based life couldn’t hack it on our planet. But scientists can imagine places in the universe that it might be better suited for, and explore what happens when we start to introduce silicon to Earth biochemistry.

Carbon and silicon share some chemical similarities. “It’s just below carbon on the periodic table, so it has some of the same properties as carbon,” says Schulze-Makuch. Like carbon, silicon can bond to four atoms at once, making it seem like an attractive building block for big, complex molecules like DNA and proteins.

And there’s plenty of silicon to go around; it makes up nearly 30 percent of the Earth’s crust, making it the second most abundant element after oxygen.

So why doesn’t silicon-based life exist on Earth?

Basically, Earth has just the right conditions for carbon-dominated life to thrive, while silicon-based life would struggle to get a toehold.

Pure carbon can exist on Earth as graphite or diamonds. “It’s stable, it does not react right away with oxygen,” Schulze-Makuch says. When carbon-containing compounds are burned and react with oxygen, it forms carbon dioxide, which can be used by life.

Silicon, on the other hand, is not found by itself. When silicon meets oxygen – whether it is floating through the air or in water – it will grab that oxygen and make silicates. These are compounds that contain silicon and oxygen and form most of the rocks and minerals on Earth. “As soon as you have oxygen with it or water…you have a rock and nothing is happening anymore,” Schulze-Makuch says.

And, while water is vital for life on Earth, silicon-based life would not be able to use it the same way. Its biochemistry would have to rely on another molecule (perhaps methane) for many of its functions.

“Silicon is all around but it’s tied up in rocks…with these very strong silicon-oxygen bonds that living systems would have to break in order to use silicon,” Arnold says. “And then once they did use silicon, maybe those compounds aren’t even stable under Earth conditions.”

So despite their similarities, silicon and carbon behave differently. “It’s not an identical replacement by any means,” Arnold says. “Life under normal conditions on this planet would probably not work with silicon.”

But could silicon-based life flourish someplace else?

The surface temperature of Titan, Saturn’s largest moon, is a frigid -290 degrees Fahrenheit. The moon has little oxygen – any water is frozen – but liquid methane flows in strange rivers and lakes. The silicon-based compounds (called silanes) that could potentially build alien cells should be stable under those conditions.

So at first glance, Titan seems like appealing real estate for silicon-based aliens. “But the problem with Titan is that there’s so much carbon, there’s even more carbon than on Earth,” Schulze-Makuch says. “Our models indicate so far that there’s not much silicon.”

The silicon that does exist on Titan is buried deep near the moon’s core. “In order to have more silicon-based life, you would have to have it on the surface [and] available,” Schulze-Makuch says. “But you could imagine certain planets or moons or scenarios where this may be the case.”

Scientists have also speculated about life built from rocky silicates that could dwell in the extreme heat of magma chambers, he says.

Another possibility would be silicon-dependent aliens that don’t simply replace carbon with silicon. These aliens would instead use molecules that combine the two. Materials with carbon-silicon bonds have already been found in space, “but they are very rare, there are so [many] more carbon compounds,” Schulze-Makuch says. “Life would probably still have a tough time.”

Life that relies on silicon (more than Earthlings do) could be out there, but it’s unlikely to be a common occurrence. “I think it would be very rare, but I can imagine that it would exist somewhere,” Schulze-Makuch says.

The new work from Arnold and her colleagues might offer some clues about why Earth life evolved to use so little silicon.

When they first used engineered Escherichia coli bacteria to produce the protein that could manufacture carbon-silicon bonds, the process wasn’t very efficient. But after a few mutations, the enzymes whipped up organic silicon molecules 15 times more efficiently than the chemical means used in the lab. They produced twenty compounds, all of them stable.

So the enzymes didn’t need that much encouragement to make carbon-silicon bonds. Still, it’s probably not happening out in nature. “You might argue, gosh, it’s so easy for a biological system to do it, how do you know it’s not being done out there?” Arnold says. “We don’t really know, but it’s highly unlikely.” The silicon-bearing compounds she and her team gave the bacteria so they could make these new products were manmade; the bacteria would not normally encounter them in their environment.

But these lab-spun carbon-silicon bonds are far from frivolous. We could use similar methods to coerce bacteria into making products that we need.

While no life form has been known to naturally forge carbon-silicon bonds, we find ways of making these compounds all the time. Molecules that bind carbon and silicon show up in many products, from pharmaceuticals to electronics. These have to be made in the lab, but Arnold hopes that using microbes to make these compounds would be cheaper and more environmentally friendly, wouldn’t use up precious metals, and could happen at room temperature.

“An enzyme can do what chemists thought only they could do,” Arnold says. And in addition to getting a better way to make stuff we already use, we could discover new materials.

“The chemical bond could appear in thousands and thousands of different molecules, some of which could be useful,” Arnold says. “They’re all completely new chemical entities that are easily available now just by asking bacteria to make them.”

Chemists can investigate what happens when silicon is introduced into living cells. “Presumably we could make components of life that incorporate silicon—maybe silicon fat or silicon-containing proteins—and ask, what does life do with that?” Arnold says. “Is the cell blind to whether carbon is there or silicon is there? Does the cell just spit it out? Does the cell eat it? …Does it provide new functions that life didn’t have before?”

If introducing silicon seemed to help or at least not harm life it could signal that, with access to the right materials, Earth organisms could use silicon a bit more.

Scientists may even explore whether they can entice microbes to attach carbon to other elements life normally spurns. “There’s a whole periodic table that’s largely untouched by nature,” Arnold says. Life is dominated by carbon, oxygen, nitrogen, and hydrogen, with a few other elements sprinkled in.

“What happens when you incorporate other elements? Can nature even do that?” Arnold says. “I’d like to see what fraction of things that chemists have figured out we could actually teach nature to do. Then we really could replace chemical factories with bacteria.”