Engineers and scientists have been fascinated by the unusual structure for half a millennium. 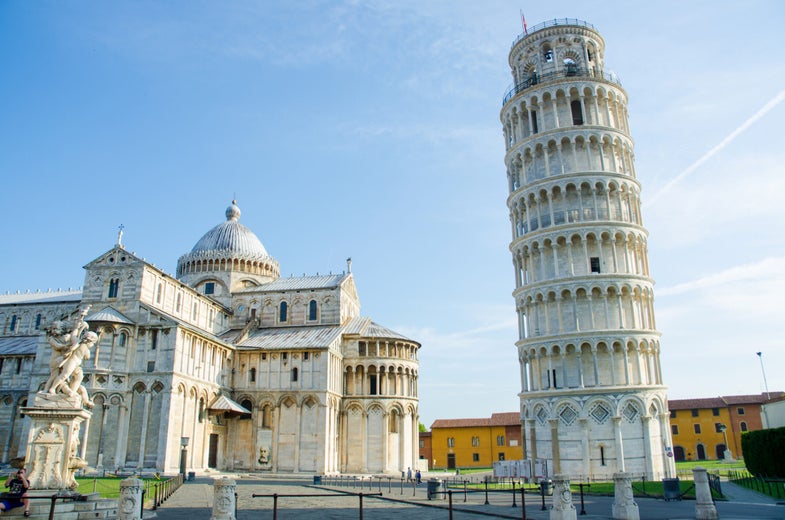 Earthquakes, Mussolini, two hundred years of construction misadventures—the Leaning Tower of Pisa has kept standing through it all. New research from a European team of engineers sheds light on why: Though the tower’s signature lean is the result of an interaction between its foundation and the too-soft soil it stands in, that interaction has also kept it up in the most perilous of situations.

A number of earthquakes have struck the Pisa region in the years since construction on the Tower began in 1173. Although historical earthquakes are a bit harder to track than modern ones, historian Romano Camassi writes that earthquake records in Italy goes back as far as the Romans. Because the country is located on multiple fault lines, earthquakes have played an important part in its history. However, none of them—including the four major earthquake events mentioned in a University of Bristol press release about this new research—caused the Leaning Tower to fall.

“Ironically, the very same soil that caused the leaning instability and brought the Tower to the verge of collapse, can be credited for helping it survive these seismic events,” civil engineer George Mylonkanis, who was part of the study, said in the press release. Mylonkanis was one of two non-Italian members of the sixteen-person team. Neither he nor team leader Camillo Nuti of Roma Tre University could be reached for comment by press time.

According to the press release, that team conducted a survey study, concluding that the tower’s height and stiffness and the softness of the ground means that, when an earthquake hits, it doesn’t vibrate the same way everything around it does.

This is just the newest study of Pisa’s famous landmark. In the past 30 years, the Tower has come under renewed scrutiny. It was closed in 1990 because it was leaning too dramatically, and engineering interventions were required to return it to its signature 0.54 degree angle (while ensuring it wouldn’t fall down).

Nuti has been an author on two recent studies of the tower and earthquakes. In 2016, a study published in Advances in Civil and Infrastructure Engineering concluded that monitoring the tower using sensors could provide a model for how to keep tabs on heritage buildings more generally.

The region that includes Pisa features several other leaning towers, and examples can also be found in England. The companion paper concluded that new analysis of the relationship between the tower and the soil that surrounds it was important to keeping the structure standing.

This might all sound like technicalities, but these towers were all built to hold church bells, and as such have heritage value as well as serving as local oddities. Studying the leaniest tower of them all offers insight into how to preserve it—as well as those sweet, sweet tourist dollars.