Jupiter may be even older than we thought

This gas giant has seen it all. 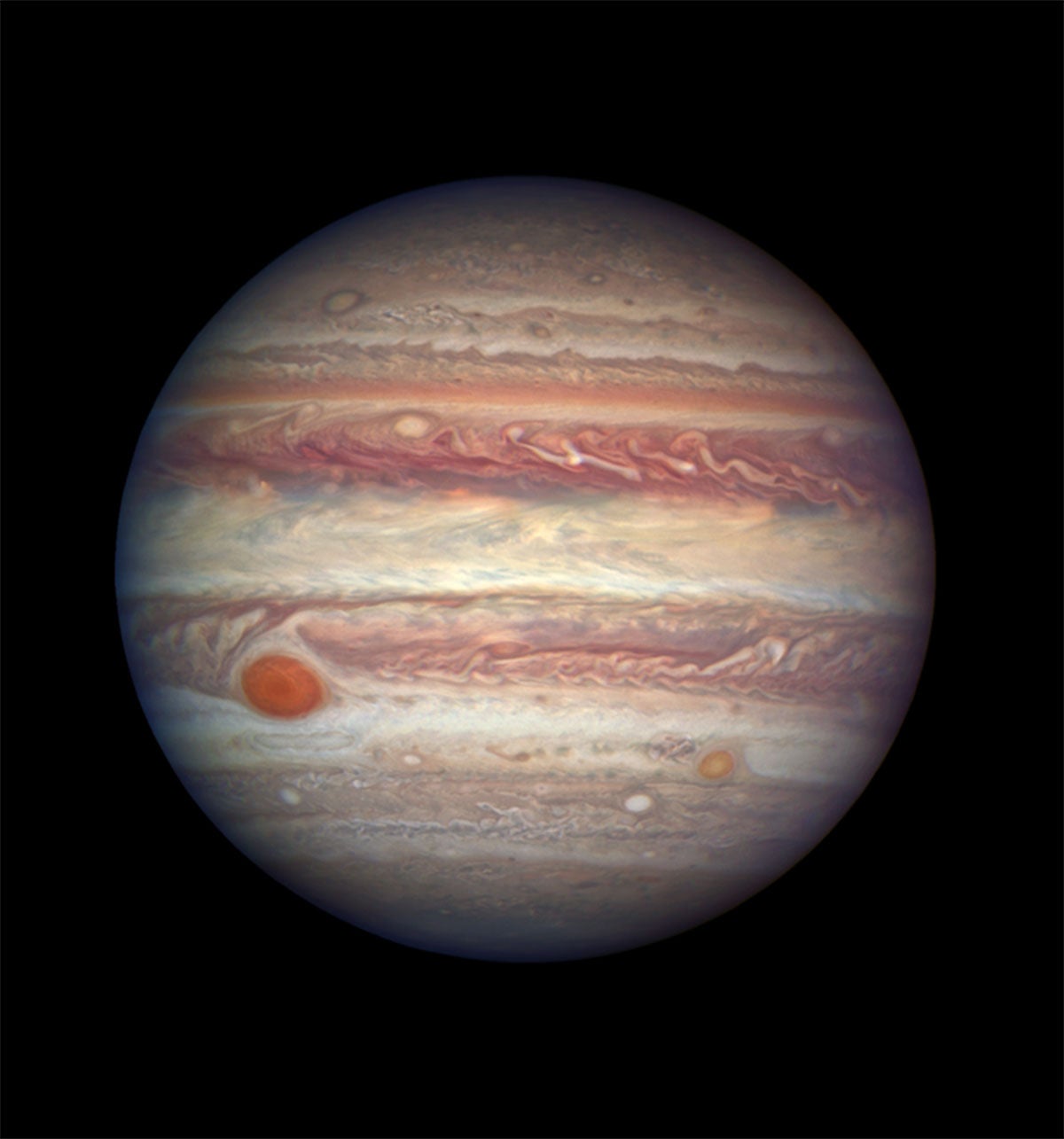 Scientists are now closer to knowing Jupiter’s birthday. A new study from researchers at the University of Münster and Lawrence Livermore National Lab in California suggests that Jupiter may have begun forming within one million years of the very first inklings of the solar system. That may seem like a long delay, but in the context of the 4.5 billion year history of the solar system, it makes Jupiter quite the senior citizen.

Previous studies suggested that Jupiter was one of our older neighbors, but they provided a generous estimate that it formed within 10 million years after the birth of the solar system. These studies were based on models, though, not data; instead of analyzing samples from Jupiter to estimate its age, these studies estimated the period during which the gases required to form a giant like Jupiter were prevalent.

“By looking through a telescope, you cannot precisely date something,” says first author Thomas Kruijer of Lawrence Livermore National Laboratory. “This is the first time we have been able to do this using an empirical approach.”

Kruijer and his colleagues analyzed metal isotopes—different versions of a metal that have more or fewer neutrons in their nucleus—to suss out the source and age of rock samples from small, old meteorites that formed in the asteroid belt between Mars and Jupiter. They focused on two metals in particular: molybdenum and tungsten. You may have heard of tungsten before; it’s used as the filament in incandescent light bulbs. Don’t worry if molybdenum doesn’t ring a bell, though—it’s not very abundant on Earth and its main use is as an addition to steel alloys.

In space, molybdenum has a much more interesting application than construction material: the molybdenum isotopes in a sample tell you where in the solar system it originated. All the material composing the solar system came from different stars, but the different sources did not completely mix, and that’s the key. Molybdenum isotopes can’t pinpoint exact location, Kruijer says, but they can tell you what samples are related to each other.

The researchers analyzed meteorites’ molybdenum content and found that their natural variation divided them into two discrete, pre-existing groups: carbonaceous and non-carbonaceous meteorites. The former were thought to originate from beyond Jupiter, while their non-carbonaceous peers formed from material closer to the sun.

But, what if the two groups of meteorites just had different compositions because they formed at different times, not because they were separated? So, they used a different isotope—tungsten—to figure out how old these two groups were, like looking at the rings on a tree. With time, larger tungsten isotopes decay into smaller ones, so seeing more of the smaller isotope means that the meteorite has been around for a while.

And that brings us back to Jupiter. The formation of both groups of meteorites had overlapped, so the reason for their differences in composition must have been because they were physically separated. And what could be separating them? Well, a large ball of gas would do the trick.

Kruijer says the data, although indirect, clearly point to a spatial distinction between the two reservoirs of meteorites. Kevin Walsh, a senior research scientist at the Southwest Research Institute in Boulder who was not involved in the study, points out that although Jupiter’s presence is one possible explanation, there could be alternate explanations. “It’s possible that we have a naive understanding of the way asteroid building blocks could move in an early Solar System, and that a Jupiter mass planet isn’t necessary,” Walsh says.

If Jupiter was the separating entity, though, the timing of meteorite formation provides clues about Jupiter’s own origin. Because the two types of meteorites managed to form independently between one and four million years after the solar system began, Jupiter could presumably have been present then, and large enough to separate them. Their study suggests that Jupiter’s birthday might be less than a million years after the solar system’s own. The material composing the non-carbonaceous chondrites collected within Jupiter’s soon-to-be-orbit for the first million years, and once Jupiter was large enough (around the mass of 20 Earths) to prevent the influx of any more, the material on the other side of the planet formed the carbonaceous chondrites.

“I think the results are quite compelling,” says Brandon Johnson, an assistant professor at Brown University who was not involved with the study. Johnson has done his own research using chondrites to date the formation of Jupiter; his simulations showed that Jupiter reached its current size four to five million years after the first solar system solids, and he says Kruijer’s results are complementary to his own findings. “Together they tell a story of Jupiter’s formation from its infancy to when it more resembled the Jupiter we all know and love,” Johnson says.

“Jupiter forming can change the distribution of rocky material throughout the entire Solar System… or, as discussed in this work, by serving as a roadblock for the migration of small material,” Walsh says.

This could even be the reason that there is only one, relatively small Earth. Kruijer acknowledges that this theory is somewhat speculative, but once Jupiter formed, it could have blocked more matter from getting within a habitable range of the sun. Thanks a lot, Jupiter.