To us, they may be beautiful lumps of carbon—but to scientists, they’re 2.7-billion-year-old time capsules. 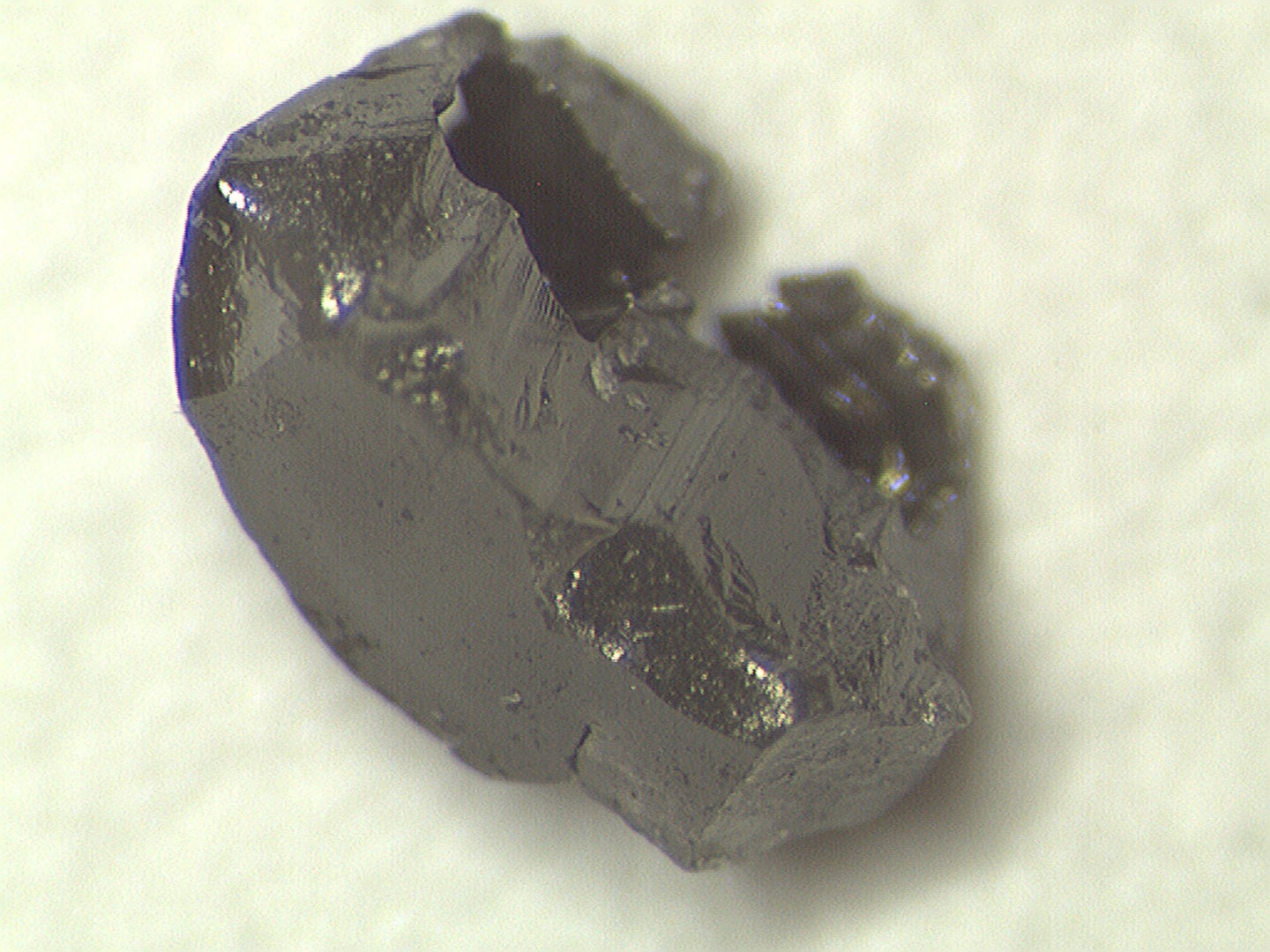 Fibrous diamonds like the one shown above contain clues about the Earth's earliest atmosphere. Michael Broadley
SHARE

If you want to look into the early Earth, a key piece of the puzzle is the air of our planet’s ancient skies. Today, for instance, Earth’s atmosphere is filled with gases that support the incredible diversity of our planet’s life. Understanding when those gases piped into the atmosphere could help us understand how life first emerged in our planet’s primordial seas.

Fortunately, on the road to answers, scientists have a particularly showy time capsule to light their way into the past: diamonds. The highly-prized gemstones are uniquely useful samples that preserve secrets to Earth’s ancient past. In fact, they’re “the only sample that we have which comes directly from deep within the Earth,” says Michael Broadley, a geochemist at the Center for Petrographic and Geochemical Research (CRPG) in France.

Now, by studying gases trapped within the carbon cages of some particularly old diamonds, Broadley and his colleagues have presented evidence that suggests the life-giving gaseous composition of our air today is actually pretty similar to what the planet’s atmosphere looked like over 2.7 billion years ago.

As gas below, so above

It may sound strange to look for fingerprints of our ancient atmosphere in shards of carbon from the Earth’s mantle. But many of the gases scientists are looking for actually migrated up from that netherworld.

The Earth’s mantle and the sky are far more connected than you might first think. Gases from down under can find their way into the air, in a process known as outgassing. Beyond our planet, it’s why worlds like the moon can have extremely thin atmospheres. But some of those gases, instead of eventually streaming high into the sky, find themselves caged within nascent diamonds.

In the semisolid magma of the Earth’s mantle, when carbon begins to crystallize in searing heat and under bone-crushing pressure, the newborn gems can pick up other minerals and fluids in the process. That detritus can become trapped within the diamonds, becoming features called inclusions.

It takes literally eons for those diamonds to rise to the surface, as magma bubbles up and volcanoes erupt. Even the youngest known diamonds are older than the extinction of the dinosaurs. Diamonds like the ones which Broadley and his colleagues study are over half the current age of the Earth (about 4.5 billion years). The very oldest can be as much as 3.5 billion years old.

“Diamonds are so special, because whatever is trapped inside is preserved, because nothing goes in and out of the diamond,” says Suzette Timmerman, a geochemist at the University of Alberta in Canada, who wasn’t involved with the research. Unlike magma turning into igneous rock, for example, diamonds don’t melt and recrystallize.

A diamond in the rough

These aren’t the diamonds you’ll find at the jeweler, though. The world’s most desirable diamonds might be clear and flawless, but for geochemists, the more imperfections, the better.

So Broadley and his colleagues studied the rejects of the lot, a type of stone called a fibrous diamond, packed so full of fluids and inclusions that they’re often colored black or brown. They tend to be used for diamond-tipped tools instead of accessorizing. “You would maybe pass them by as not being a diamond, because they don’t really look like diamonds,” says Broadley.

Once the researchers have their diamonds, they’ve got to unlock the substances trapped within. But that isn’t so easy, says Timmerman. “It’s a lot of work, because diamonds are the hardest material on Earth. They’re not easy to work on.”

There are a few ways to make diamonds reveal their gaseous secrets. One is to literally crush the stones into dust. But Broadley and his colleagues took a second approach, heating the diamonds to make the carbon atoms within them revert to graphite, just like the sort found in pencil lead. The atomic structure of graphite isn’t good for holding fluids in place, and so as the diamonds turn to graphite, those fluids are released as gas.

[Related: Geologists think there could be a quadrillion tons of diamonds inside our planet]

Researchers could then analyze the released gases to determine which kinds were present all those billions of years ago. In particular, Broadley and his colleagues looked at a triforce of what chemists call noble gases: helium, neon, and argon.

There are two sorts of noble gases in the mantle. The first originates with the formation of the Earth, having come from somewhere in space. The second type, especially helium, forms as a byproduct of radioactive decay, processes that are still happening.

A given element’s nuclei can have different numbers of neutrons, resulting in multiple “flavors” of the same element called isotopes. By measuring the proportion of isotopes in the noble gases, researchers could determine if the mantle had already released its gases into the atmosphere at the time of the diamond’s creation.

Broadley and his colleagues found that the composition of noble gases in these billions-year-old diamonds closely matched the composition found in today’s upper mantle. That suggests that, if gases had escaped from the ancient mantle, they’d already done so by the time these particular diamonds formed.

Then, Broadley says, “It had stayed relatively constant for the next 2.7 billion years.”

Broadley and his colleagues presented their work at the Goldschmidt Geochemistry Conference last week.

Diamonds may give new insights into life’s earliest evolution

Broadley’s line of research, says Timmerman, is quite new. Her doctoral work, and the research of some of her colleagues, had focused on helium in diamonds. But this work, she says, is the first of its kind to look at neon and argon.

Broadley says they’re already looking at other elements trapped in diamonds, such as carbon and nitrogen. These gases are crucial for forming life, and the results of this study suggest they’d already reached the atmosphere at least 2.7 billion years ago.

Indeed, Timmerman says that studying these fluids in diamonds can help answer some tantalizing questions. “Early in the Earth, what was this atmosphere composition like, and was it suitable for life? What kind of life could have developed under those circumstances?”