Falling Phobos Will Eventually Put A Ring Around Mars 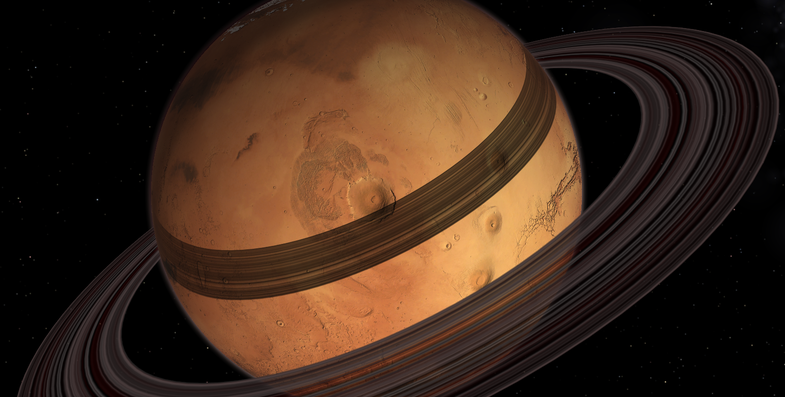 Gravity is pulling Mars’ largest moon, Phobos, to its doom.

As Phobos slowly inches toward Mars, the planet’s gravity tugs on the moon’s crust, distorting it as it spins. Eventually, in 20 to 40 million years, the dust-coated pile of rubble could completely fall apart from all that stress.

If that happens, the debris could create a ring around the planet, according to calculations published today in Nature Geoscience. Saturn is thought to have gotten its iconic rings in a similar fashion. Mars’s ring would linger for up to 100 million years. 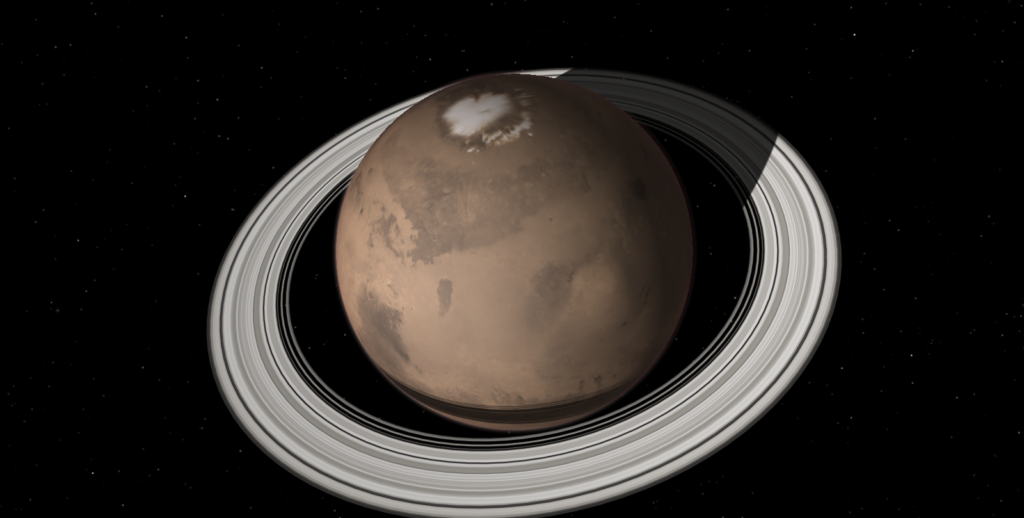 Illustration of rings around Mars

As Popular Science noted a few weeks ago, Phobos orbits very close to Mars—3,700 miles above the planet’s surface, compared to the comfy 238,900 miles in between Earth and our moon. And every 100 years, Phobos moves about 6 feet closer to Mars.

It’s possible that the moon could crash into the red planet instead of coming apart in mid-air, but scientists suspect that because Phobos’ interior isn’t held together very strongly, the gravity is more likely to pull it apart. Still, some of the bigger chunks could hit Mars and add some new craters to the landscape. This team calculates that a catastrophic breakup could occur somewhere between 300 and 3,000 miles above the Martian surface.

“Compared to Saturn’s rings, we expect a future Martian ring to be much smaller and contain much less material,” co-author Benjamin Black, a geologist at Berkeley, told Popular Science. “But because that material will be spread over a smaller ring area, we predict that the initial density of a ring formed from the breakup of Phobos could rival or exceed the density of Saturn’s rings.”

The researchers suggest that future missions to Phobos could provide better insight as to how the moon is put together, and what will happen as it draws perilously close to Mars. 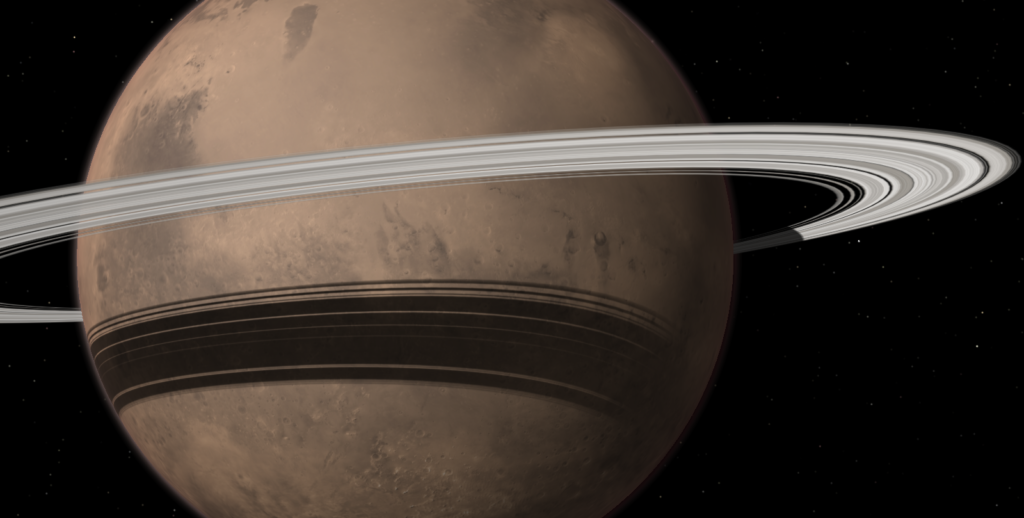 Illustration of rings around Mars