A colorful X-ray and infrared image shows new members of the Milky Way exerting 'self control.' 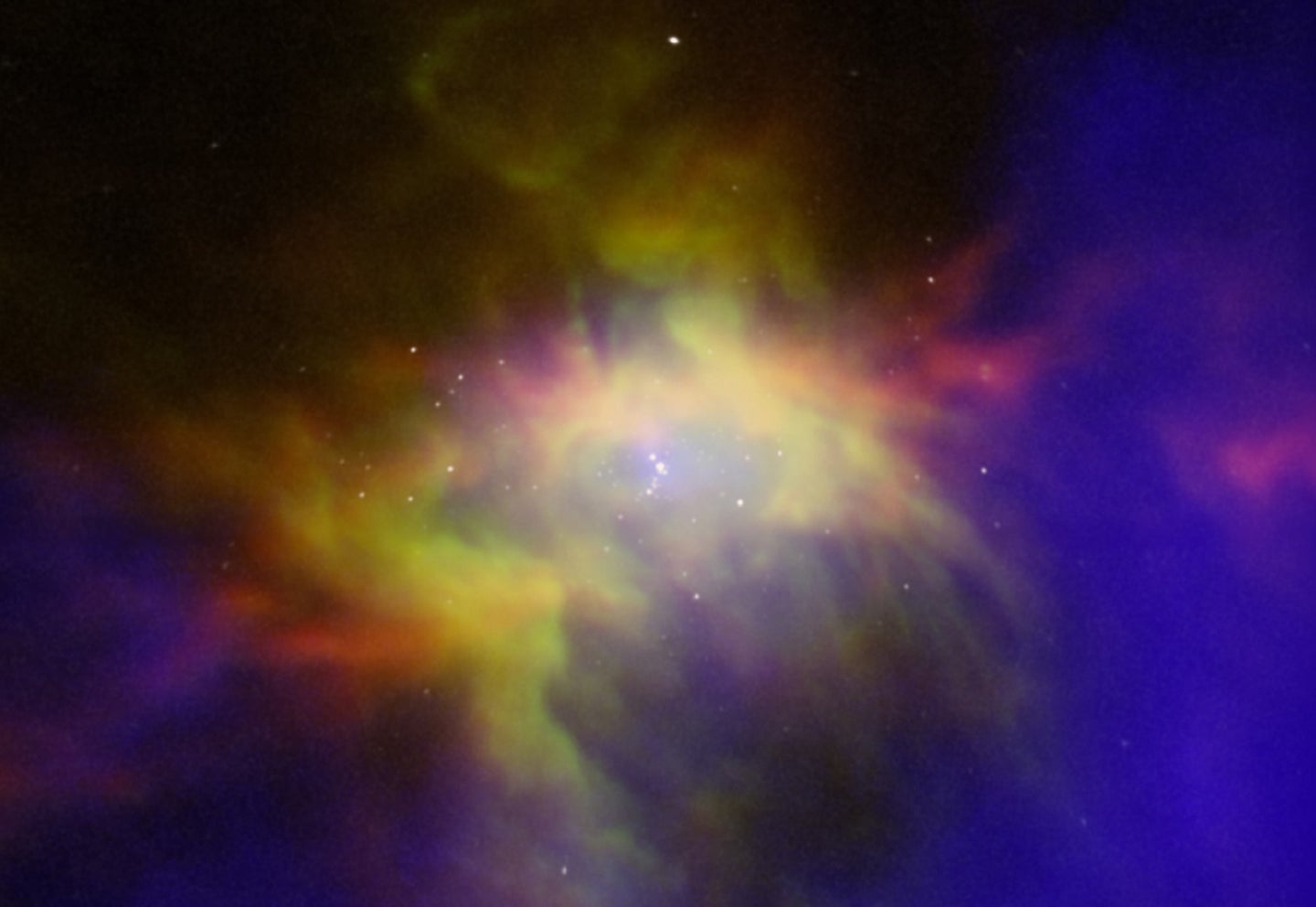 Stars love personal growth, but even they have limits. A new composite image from NASA and the European Space Agency (ESA) illustrates how the youngest members of a cluster in the Milky Way can exert “self control” in a process known as “stellar feedback.”

The action takes place in RCW 36, a cloud of mostly hydrogen ions located 2,900 light-years away from Earth. A group of stars is emerging from super-hot gas there—and leaving a strange pair of voids in its wake. The formation is also pulled together by dense, cool gas, giving it an hourglass-like appearance.

With data collected from the Chandra X-ray Observatory, APEX telescope, and the now-retired SOFIA and Herschel space instruments, a team of international researchers dove into RSW 36’s deserted regions. They learned that the ring of freezing gas (estimated at -430 to -410 degrees Fahrenheit) is being pushed out by the pressure of sizzling atoms in the middle (estimated at 3.6 million degrees Fahrenheit). Radiation from the natal stellar bodies also helped clear out raw materials from both sides of the cloud. “This process should drastically slow down the birth of new stars, which would better align with astronomers’ predictions for how quickly stars form in clusters,” NASA explained in a blog post this week.

The pressure and plasma coming out of the hotspots are called “stellar winds,” and act similar to a galactic power washer. The scientists observing RSW 36 think the cold gas could be moving upward of 30,000 miles per hour, which means it’d be cleaning out 170 Earths worth of mass per year. At that rate, the cloud could be free of any fertile bits in the next 1 to 2 million years.

[Related: The Milky Way’s oldest star is a white-hot pyre of dead planets]

The team’s findings, which were published in The Astrophysical Journal in August 2022, indicate that the ruthless “stellar feedback” strategy could be seen elsewhere in the Milky Way and cosmos. Lucky for us, NASA and ESA has the tools to catch the stars red-handed.