It’s been a long journey, and the telescope hasn’t even left Earth yet. 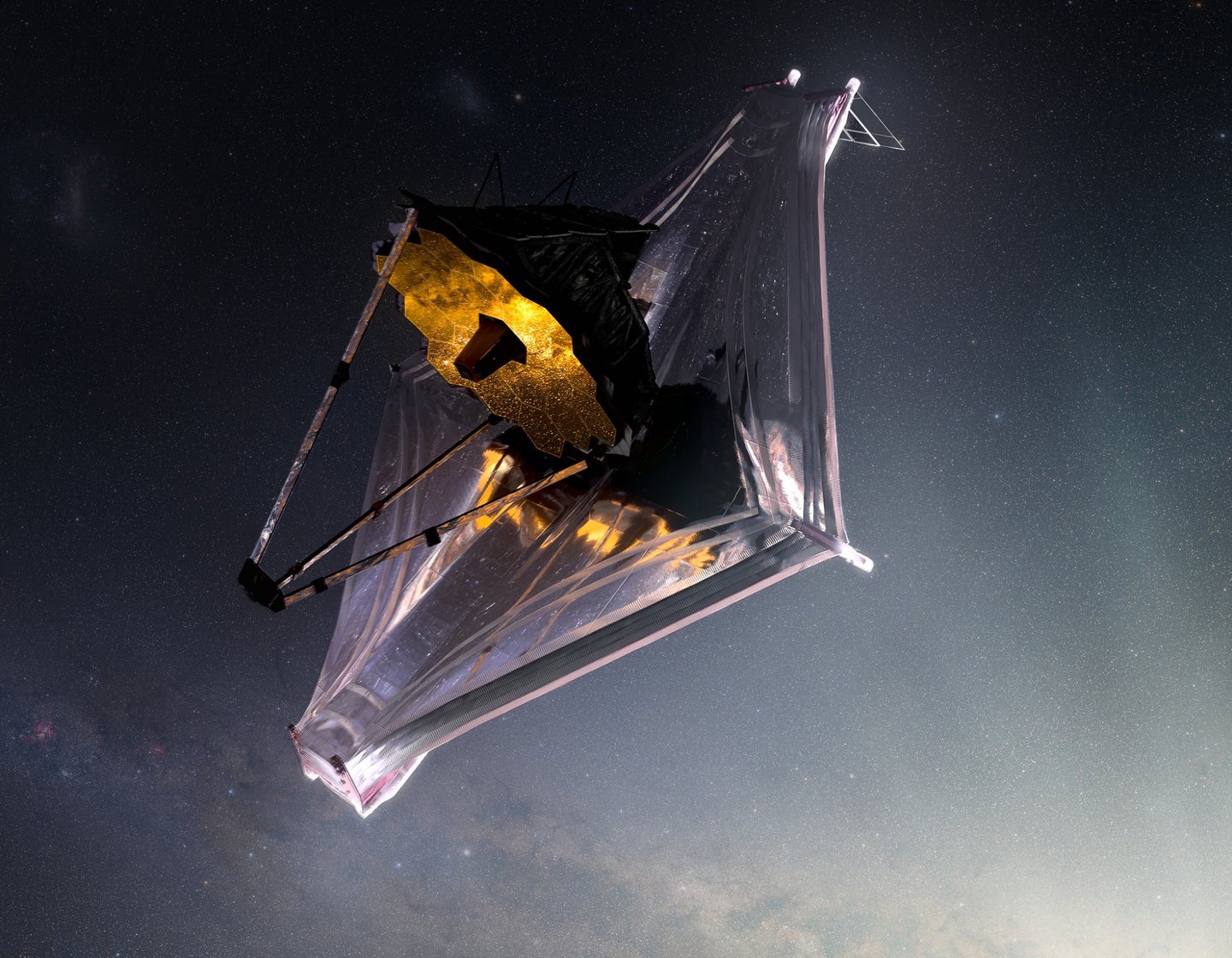 What the James Webb Space Telescope should look like when it finally unfurls beyond the Earth's atmosphere. Adriana Manrique Gutierrez/NASA's Goddard Space Flight Center/CIL
SHARE

When the US, Europe, and Canada first unveiled the plans for the James Webb Space Telescope in 1997, it sounded like a pitch from an overambitious science student. The contraption would have to schlep a 26-foot-wide mirror across the solar system, while keeping its cool around the radioactive sun. But to build the Next Generation Space Telescope (as it was called at the time), astronomers had to think big. Hubble, the preeminent space telescope, needed a successor—and there were too many open questions about the Big Bang and the expanding universe.

Twenty-four years later, the Webb telescope has smashed a number of records with its design, production, and assembly. Biggest telescope built for space? Check. Costliest tool made for stargazing? Check. Dozens of delays on the way to the launch pad? Check check check.

[Related: The James Webb telescope will soon be hunting for first light]

So it’s fair to say, the stakes are higher than imagined. As the world cautiously waits for the telescope to kick off its decade-long mission (the launch date is currently set for Christmas morning), here’s a look back on what it took to prepare it for this moment.