The mergers can teach us about how stars are born. 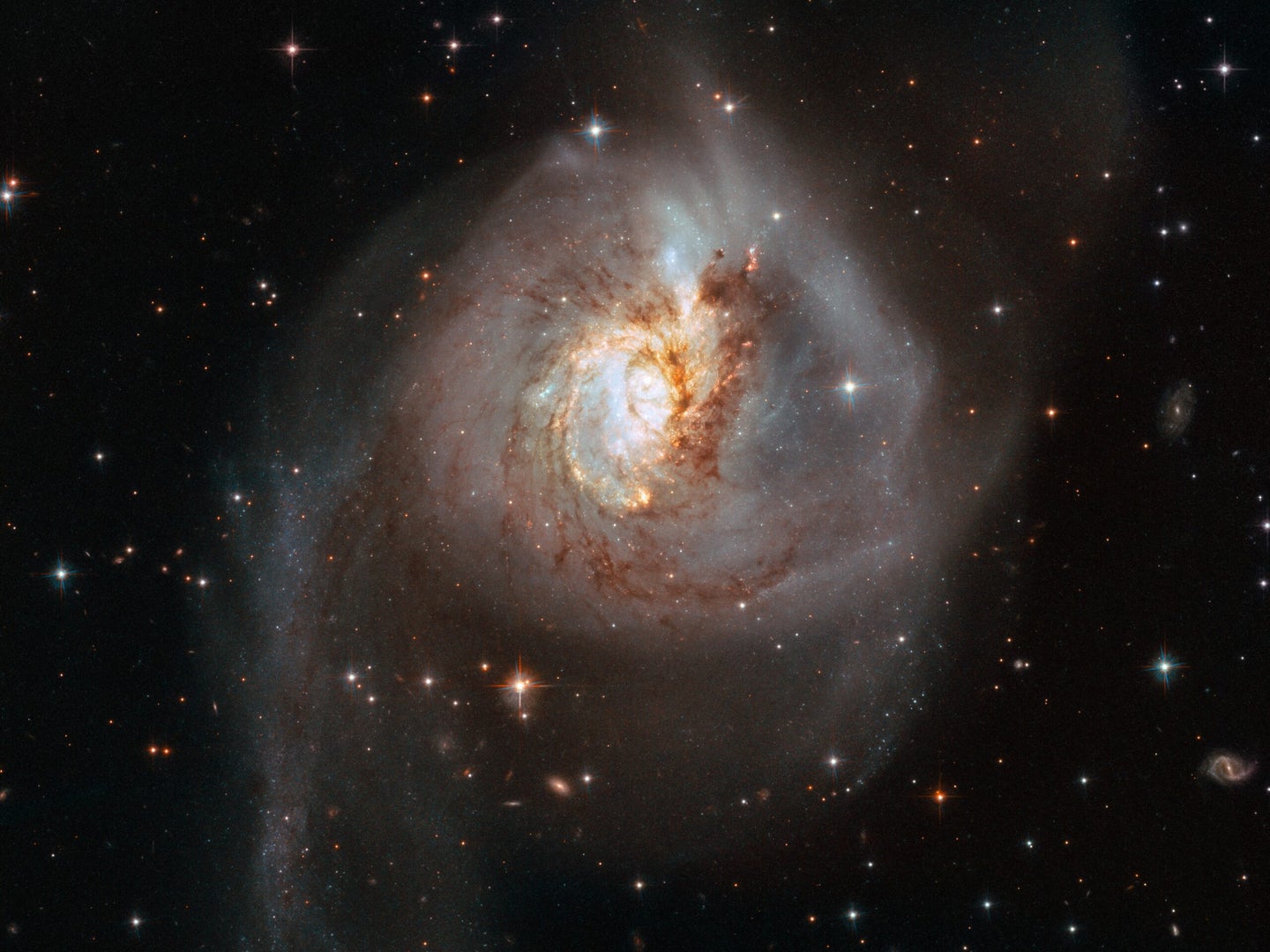 This image, taken with the Wide Field Camera 3 (WFC3) and the Advanced Camera for Surveys (ACS), both installed on the NASA/ESA Hubble Space Telescope, shows the peculiar galaxy NGC 3256. ESA/Hubble, NASA
SHARE

To ring in the new year, NASA and the European Space Agency (ESA) dropped six captivating images of galaxies smashing into one another. The vistas were taken by the Hubble Space Telescope as part of the recent HiPEEC (Hubble imaging Probe of Extreme Environments and Clusters) survey, a project that aims to study how fast stars can form in systems like these.

Mergers like the ones depicted aren’t very common, and they’re quite valuable for learning more about how stars are born. “These systems are excellent laboratories to trace the formation of star clusters under extreme physical conditions,” ESA said in a statement.

When these rare collisions happen, shockingly dense and bright patches of stars crop up—you can see those bright spots in this collection of images, almost as if they’re glimmering badges of honor born from violent mergers. For comparison, here in the Milky Way, these bright patches known as star clusters pop up with masses that are 10 thousand times that of our Sun. But in these energy-packed galactic collisions, the clusters can clock in at millions of times the mass of our Sun.

And those super luminous clusters stick around. As the ESA puts it, “even after the collision, when the resulting galactic system begins to fade into a more quiescent phase, these very massive star clusters will shine throughout their host galaxy, as long-lasting witnesses of past merging events.”

By observing these clusters with ultraviolet and near-infrared cameras, Hubble scientists can discern their ages and masses, which helps them understand how quickly or slowly stars form there. It’s just one piece of the puzzle when it comes to understanding how star systems are born as a whole.

You can check out all of the collisions below, and older images of colliding galaxies captured by Hubble here.