The size and shape of the Milky Way’s halo may hold clues to the history of our universe. 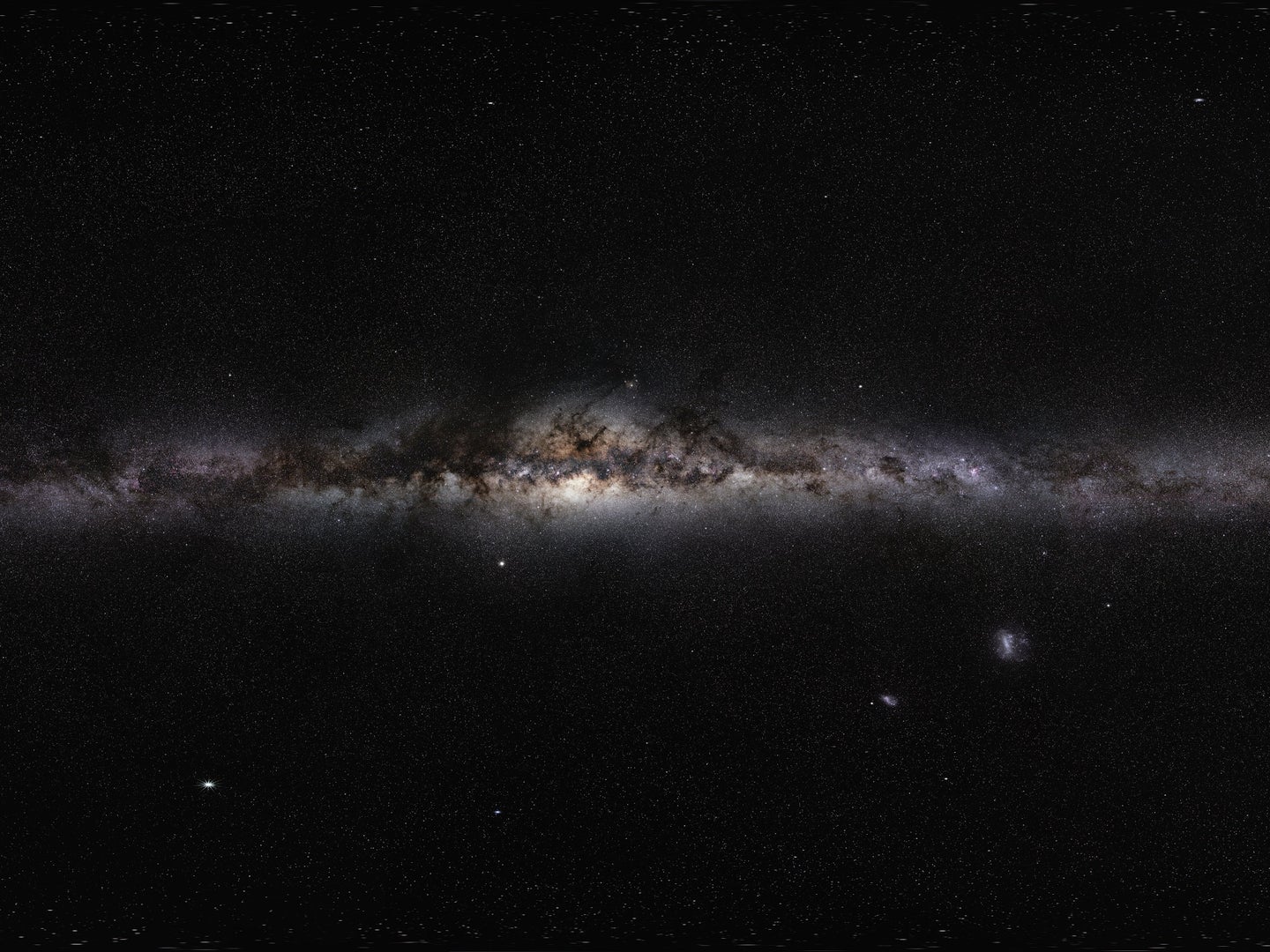 Scientists have long suspected that the halos surrounding galaxies, including our Milky Way, may be hiding a lot of matter left over from our universe’s birth. ESO/S. Brunier
SHARE

Beyond the spiral arms of our galaxy lies a giant halo of hot gas. The Milky Way formed within this cloud, which is known as the circumgalactic medium, and it may hold clues to understanding a longstanding mystery: What happened to all the matter that existed at the beginning of the universe? Now, scientists have determined that the Milky Way’s halo has a disk-like shape and a clumpy texture that suggests it’s constantly trading gas and energy with the galaxy as stars are born and die.

“Our galaxy is continually forming stars, and that gas has to come from somewhere,” says Philip Kaaret, a professor of physics and astronomy at the University of Iowa. The new findings, which Kaaret and his colleagues published on October 19 in the journal Nature Astronomy, indicate that fuel for these stars is coming from the circumgalactic medium. This means that the gaseous halo that surrounds our galaxy is not an independent entity, but rather is constantly interacting with the Milky Way, Kaaret says.

Scientists have long suspected that the halos surrounding galaxies, including our Milky Way, may be hiding a lot of matter left over from our universe’s birth. Researchers estimate that all the stars, planets, and other sources of material should add up to a lot more ordinary, or baryonic, matter than we can actually measure in our corner of the universe. “[If you] count up all the matter in all the different forms, you don’t get everything that you’re supposed to have,” Kaaret says. Astronomers have struggled to identify about a third of the mass that we know existed early on in the universe. It may be in the halos around galaxies or, as another paper recently suggested, in filaments stretching between galaxies.

Kaaret and his colleagues hoped to investigate this question by measuring the size and shape of the Milky Way’s halo. If our galaxy is nestled within a vast sphere of gas, this halo might be storing enough mass to account for the Milky Way’s “missing” matter.

The researchers used a satellite called HaloSat launched in 2018 to measure x-rays emitted by oxygen in the circumgalactic medium. This allowed them to make a “map” of the halo, with more intense emissions indicating areas with more dense gases.

“If we [are] inside this big, quasi-spherical thing that’s much larger than the galaxy, the halo should look pretty much the same in all directions,” Kaaret says. “If we’re in a thin disk, [then] if you look straight ‘up’ through the disk you would see very little material.”

The material Kaaret and his colleagues were able to measure formed a shape that was more like the outline of a frisbee than a ball. This disk has far too little mass to account for the missing baryons, he says. However, it’s possible that there is much more matter lurking beyond the satellite’s grasp.

“We have shown that there is a relatively thin layer of hot gas surrounding the [main] disk of the Milky Way galaxy that is relatively dense,” Kaaret says. “It turns out that is what dominates the x-ray emissions, so it makes it difficult for HaloSat to see the extended low-density gas that might be sitting beyond there.”

“The disk-like component is too bright to enable us to rule out the extended halo,” he adds.

Kaaret and his colleagues also found that the disk had a clumpy composition, with some patches emitting x-rays more intensely than others. These clumps indicate places where clusters of stars are forming and heating the gas, Kaaret says. When he and his team compared their clumpy disk to preexisting measurements of hydrogen gas—another signature of star formation—they realized that the x-rays were brighter in places with more hydrogen.

Based on their findings, the team thinks that hot gas flows into our galaxy from the circumgalactic medium and forms stars. As the stars take shape and eventually die, they pump gas and energy back into the halo. “This is really clear evidence that the process of the galaxy forming [new stars] is recycling matter back into the gas that the galaxy originally formed out of,” Kaaret says. “The current generations of star formation are actually affecting how the future generations of star formation will occur.”