Back in action, Hubble delivers another stunning glimpse into the cosmos. 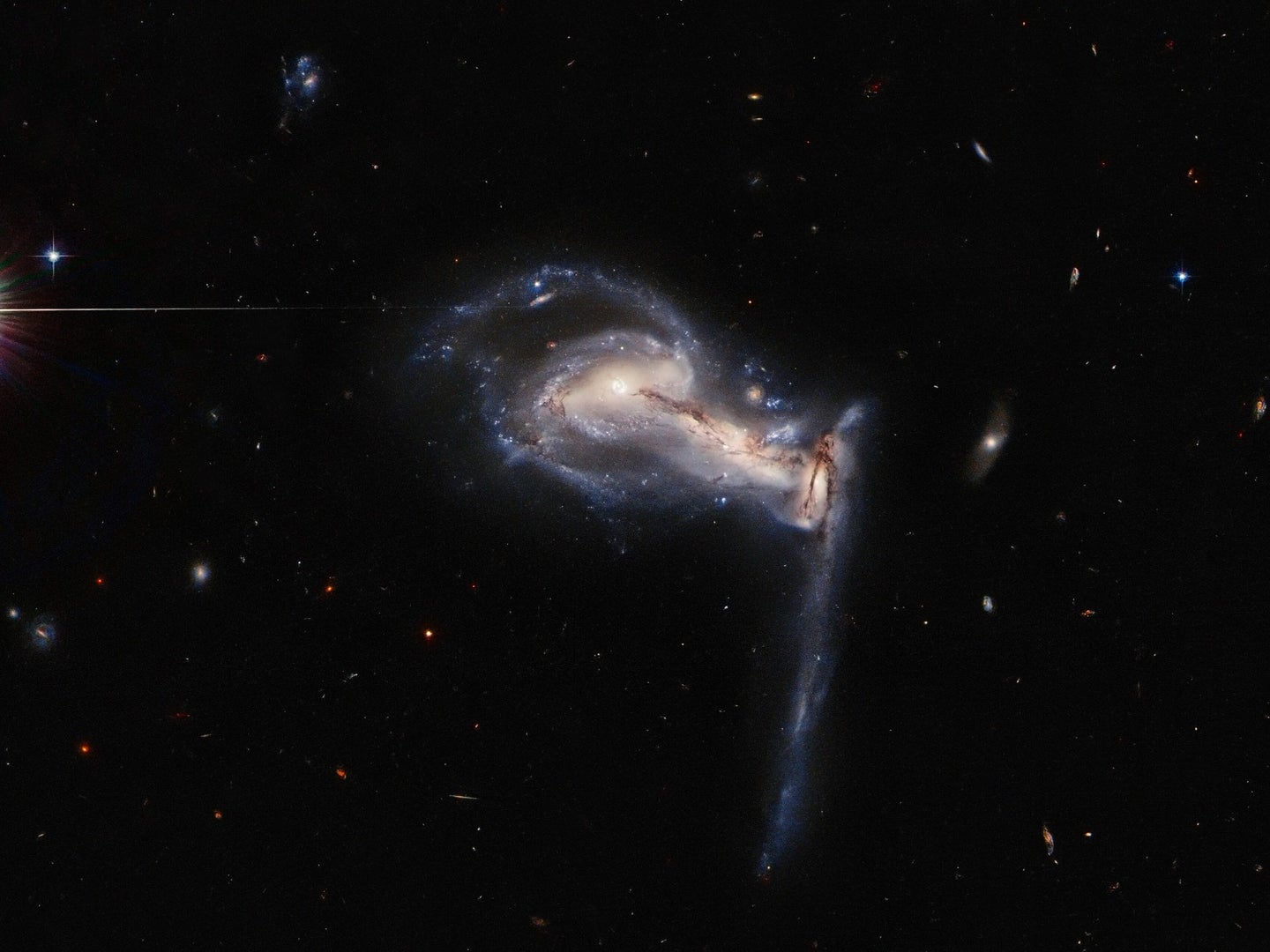 Sibling skirmishes don’t just happen on Earth, but in space, too. Last week, the Hubble Space Telescope, a joint project run by NASA and the European Space Agency (ESA), captured triplet galaxies bickering almost 800 million light years away in the constellation of Lynx.

Collectively, the trio is known as Arp 195 and is featured in the Atlas of Peculiar Galaxies, a 1966 compendium of wonderfully weird star systems observed and cataloged by astronomer Halton Arp.

The latest image from Hubble, which has been in operation for more than 30 years, “captures a three-way gravitational tug-of-war” between the squabbling group of galaxies, according to a press release from NASA. The telescope orbits high above the surface of the Earth, allowing it to capture stunning images unclouded by our own atmosphere.

The image of the battling triplets comes two weeks after Hubble returned to full operation following a five-week dark period, during which technical difficulties were assessed and repaired. The telescope was constructed in the 1980s and launched in 1990 with the mission of collecting data on the secrets of space for 15 years—an expectation far surpassed by Hubble as it enters its 32nd year of exploration.

[Related: With its latest fix, Hubble proves to be the telescope that just won’t quit]

“I’m thrilled to see that Hubble has its eye back on the universe, once again capturing the kind of images that have intrigued and inspired us for decades,” NASA Administrator Bill Nelson said in a statement after the completion of the repair.

The shot was also described as a “bonus” image by the space agency. In order to use Hubble’s observing time as efficiently as possible, the schedule for the telescope’s data-collecting adventures is planned using a computer algorithm. That AI-assisted precision means that between longer exposures, Hubble gets to capture freebie snapshots like the one of Arp 195.

“Extra observations such as these do more than provide spectacular images,” the press release explains. “They also help to identify promising targets to follow up with using telescopes,” like the forthcoming NASA/ESA/CSA collaboration on the James Webb Telescope.