How to tell an asteroid from a comet, even when its from outside our solar system

An ‘Oumuamua by any other name would still be as fascinating. 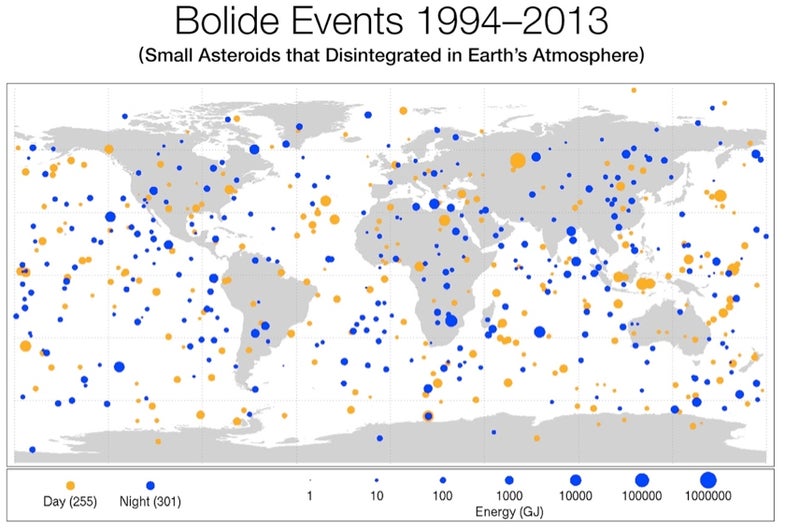 In October 2017 an object zipped through the interior of our solar system at 196,000 miles per hour, and then headed away. Astronomers could tell by the angle at which it entered our cosmic neighborhood that it wasn’t from around here, likely coming from a star system far away.

It was moving too fast for researchers to get a good look at it, but as soon as it showed up they started tracking it as closely as possible with any available telescope. Initially, people thought it might be a comet, then an asteroid, then maybe a comet with a bunch of squishy organic gunk on the surface .

Now, a study published in Nature finds that it probably is a comet after all, based on small but significant changes in its trajectory as it hurtles away from our solar system.

Wait, what’s the difference between a comet and an asteroid?

Glad you asked. An asteroid is a small rock orbiting the Sun. The largest, NASA says, is Vesta, 329 miles around. Smaller ones are only a fraction of the size, with a girth less than 33 feet. Researchers have identified 780,290 asteroids in the solar system, broadly divided into three different classes based on their composition—they can be metallic, stony, or made up of rocks that are more clay-like or that contain silica.

We’re still trying to learn more about asteroids. Japan’s Hayabusa-2 spacecraft just arrived at the Asteroid Ryugu, and NASA’s OSIRIS-REx mission is en route to Bennu. Both missions plan to sample their asteroid’s surface and bring the resulting specimens back to Earth.

There are fewer known comets than asteroids in the solar system, with the current total resting at 3,526. We’ve already visited comets. The Stardust mission flew through the tail of one and returned samples from the flyby in 2006.

A comet, unlike an asteroid, is more like a dirty chunk of ice than a rocky body. The heart, called the nucleus, is fairly small, and stays frozen solid as it travels through the outer reaches of the solar system. As it gets closer to our warm Sun however, that ice starts to melt, creating a cloud of dust and gas that trails after it, pushed around by the solar wind. This distinctive tail, which humans have noted and recorded for centuries as they’ve appeared, is called a coma, and it can stretch for hundreds of thousands of miles.

Now, ‘Oumuamua does not have a visible coma and it didn’t start emitting that characteristic tail, even when it passed inside Mercury’s orbit, close to the blistering Sun. That’s something that researchers attribute to the thick insulating layer of dust and gunk that surrounds the long, thin object.

But Oumuamua did change trajectory ever so slightly, going off course by about 25,000 miles.

In the new paper, astronomers attribute the change in direction to small jets of gas and dust that managed to break through the surface, sending the object on a new path.

“This additional subtle force on ‘Oumuamua likely is caused by jets of gaseous material expelled from its surface,” said Davide Farnocchia, a co-author of the paper and a researcher at NASA’s Center for Near Earth Object Studies. “This same kind of outgassing affects the motion of many comets in our solar system.”

What happens when a comet or an asteroid hits a planet? What if it hits our planet?

When a natural body hits the Earth it goes through all kinds of changes. As it crashes through the dense layers of atmosphere that surround us, its exterior heats up, sometimes so much that it glows as it streaks through the sky. Sometimes it just burns up completely, rock smashed against air like a bug on a cosmic windshield.

When that happens, the body isn’t just a bit of a comet or asteroid anymore—both according to NASA, are called meteoroids when orbiting the sun—now, it’s a meteor. If there are a bunch of those bright signs of destruction glowing in the sky at the same time, it’s a meteor shower.

Sometimes a meteor is really big and bright, and if it’s bright enough it’s referred to as a bolide. Some of these can be very large, and can even cause damage on the ground when they explode in midair, like the Chelyabinsk event in 2013, which blew out windows in that Russian city, or the Tunguska event in 1908, which flattened parts of a Siberian forest.

Bolides are also called fireballs, and researchers tracked 566 events between 1994 and 2013 (see the map above). Generally, meteors tend to be slightly smaller bits of space rock, and I know that’s not what you’re really worried about. What about the big dudes? The ones that persevere past our atmospheric shield and manage to literally make an impact?

Time for another name change! Remnants of asteroids that actually make it to the ground are called meteorites. While 75 percent of the 62-foot wide Chelyabinsk meteor burned away in the atmosphere, between 9,000 and 13,000 pounds of the object hit the ground.

That’s not that unusual, according to NASA. About 100 tons of space rocks fall onto Earth’s atmosphere every day. Most of these just burn up harmlessly. Larger bolides (the size of a car) hit the atmosphere about once a year, and the really big meteoroids (think football-field sized) tend to hit on a frequency of about one every 2,000 years. That’s large enough to cause significant local damage. Luckily, meteorites large enough to cause worldwide effects—like the meteorite that killed the dinosaurs—don’t stop by as often, hitting with a frequency of one every 50 million to 100 million years.

What can we do about them?

Knowing where all objects close to Earth are is a good start. NASA tracks near earth objects (NEO’s) as does the European NEODyS and others. Figuring out the location and trajectory of an object while it’s still in space can help scientists figure out when (if ever) it might hit Earth.

The next step is being ready in case that ever happens, and the good news is that people are working on it. In June 2018, the United States released The National Near-Earth Object Preparedness Strategy and Action Plan, which lays out steps that need to be taken to address the possible hazard, if it ever comes to pass.

But being ready doesn’t mean being scared. There’s still so much to learn about comets and asteroids near and far…and even far out of the solar system.

“The more we study ‘Oumuamua, the more exciting it gets,” said Karen Meech, an astronomer at the University of Hawaii and co-author of the Nature paper. “I’m amazed at how much we have learned from a short, intense observing campaign. I can hardly wait for the next interstellar object!”