A local stellar graveyard could reveal our galaxy’s beginnings

The 'Phoenix stream' is home to many ancient stars. 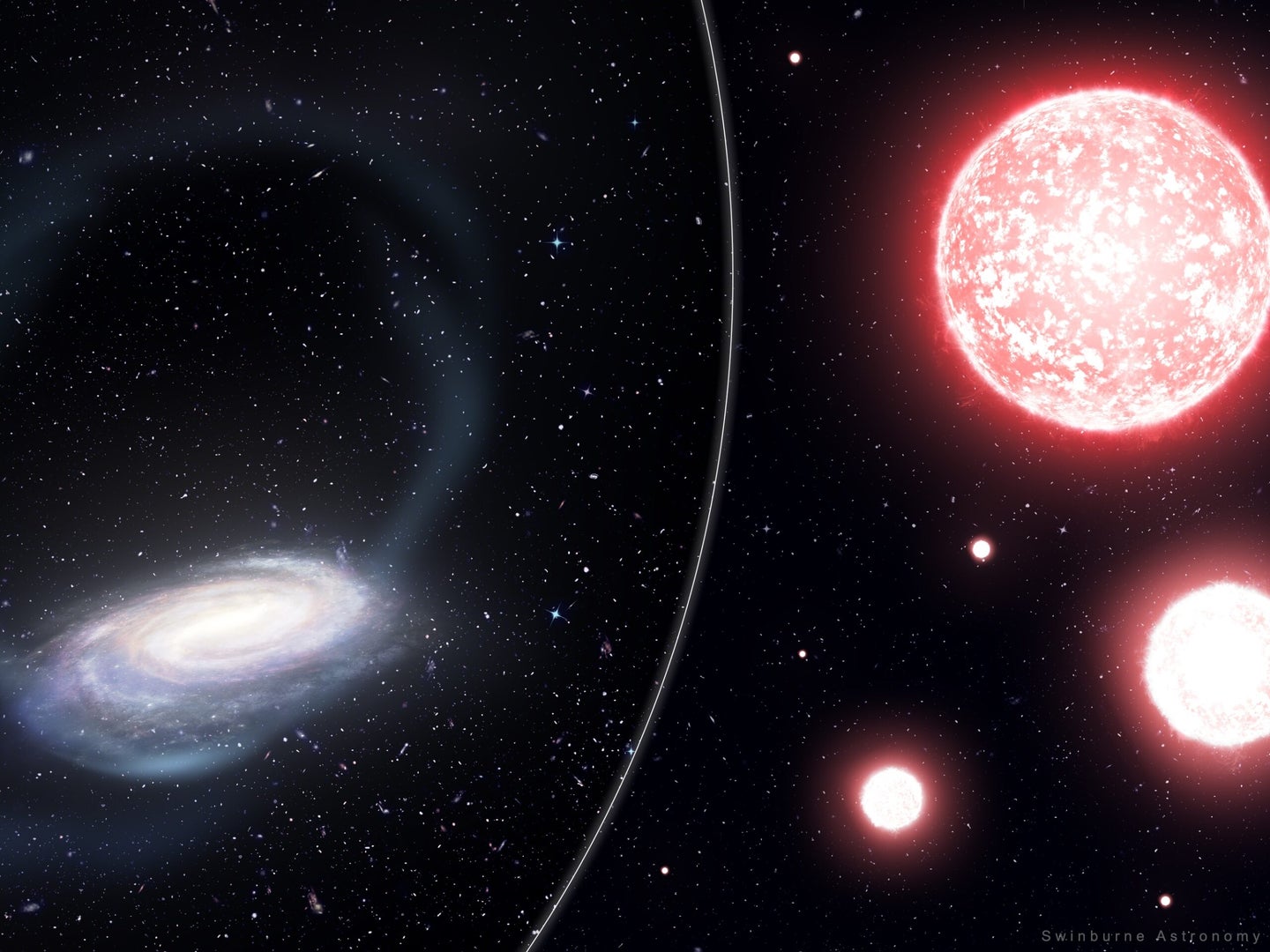 Some two billion years ago, the Milky Way scarfed down a ball of about a million stars until the gravitational pull of our galaxy tore it into a 27,000-light-year-long stellar river. Now, new research looking at the gobbled up remains of our galaxy’s snack suggest that it wasn’t born in our corner of the universe—and these unique origins could help us understand the early assembly of the Milky Way.

The unusual collection of stars—dubbed the “Phoenix stream,” after the constellation in which it’s visible—is what’s known as a stellar stream: an elongated chain of stars that used to be a globular cluster, a densely packed swarm of ancient stars.

There are around 150 known globular clusters patrolling the outskirts of the Milky Way’s halo, a cold and sparse expanse of space. But when researchers examined the chemistry of the dozens of bright, red giant stars contained within Phoenix, they noticed something peculiar: They had an unusually low “metallicity”, which is shorthand for the presence of elements heavier than hydrogen and helium.

According to Ting Li, astronomer at Carnegie Observatories in Pasadena and co-author of this recent work that appeared Wednesday in Nature, astronomers estimate that star clusters should have a so-called “metallicity floor,” meaning clusters shouldn’t be able to form without a certain amount of metals present. There’s the rub: The metallicity of the Phoenix Stream stars was found to be only 0.3-0.4 percent of that of the Sun, which means the cluster sits well below the “metallicity floor.” Theoretically, it shouldn’t exist. So why does it?

“[The low metallicity] tells us it must have been formed at a different time and in a different place to all of the global clusters that we see today,” says Geraint Lewis, an astronomer at the University of Sydney and one of the study’s authors. Phoenix represents a previous generation of globular clusters, he adds; its stars will ultimately be ripped up and mixed into the rest of our run-of-the-mill stars in the Milky Way.

To figure out just where Phoenix came from, University of Sydney PhD student Zhen Wan and an international team of researchers used the Anglo-Australian Telescope as part of the Southern Stellar Stream Spectroscopic Survey, a project dedicated to finding and mapping star streams in the Milky Way’s halo. These stellar streams are particularly useful for what astronomers call stellar archaeology—rewinding the cosmic clock to reconstruct the assembly of our galaxy.

The Milky Way has grown through eating things. When a densely-packed group of stars strays too close to the Milky Way, the gravity from our larger galaxy reels it in. After the merger is over, Geraint says, some of the only remaining signs of the devoured object are the tendrils of stellar streams snaking through the Milky Way—a small sample of stars from star clusters long gone. That could be how the Phoenix Stream came to live in our galactic neck of the woods.

Exactly how globular clusters came to be in the first place, though, is still a cosmic mystery. Our current understanding suggests that in the early universe, clouds of gas collapsed and ignited to essentially form a million stars “in one go,” according to Lewis. The new findings challenge this, suggesting they appeared even when there were much fewer such elements in the universe.  “What we’re seeing here is that they weren’t all formed at the same time or in the same place—there looks like there was a previous generation,” Lewis says.

The finding is exciting, says Ana Bonaca, a researcher at the Harvard-Smithsonian Center for Astrophysics who was not involved in the study. “I hope [it’s] just the tip of the iceberg: there may be more messengers from the early universe among the dozens of similar stellar streams that orbit our Galaxy.”

The hunt is on for signs of Phoenix’s siblings. To that end, researchers hope sophisticated space observatories such as the European Space Agency’s Gaia spacecraft or the much-anticipated James Webb Space Telescope will be able to spur a surge in the discovery of similarly low-metal witnesses to our Milky Way’s violent history.

“By looking at other stellar streams, we can work out how much stuff is eaten and when,” Lewis says. “We can then put all these jigsaw pieces together to come up with an overall picture of how our Milky Way galaxy arose.”