These two galaxies are locked in a cosmic battle

Galaxies millions of light years away show what could happen between the Milky Way and its neighbor, Andromeda. 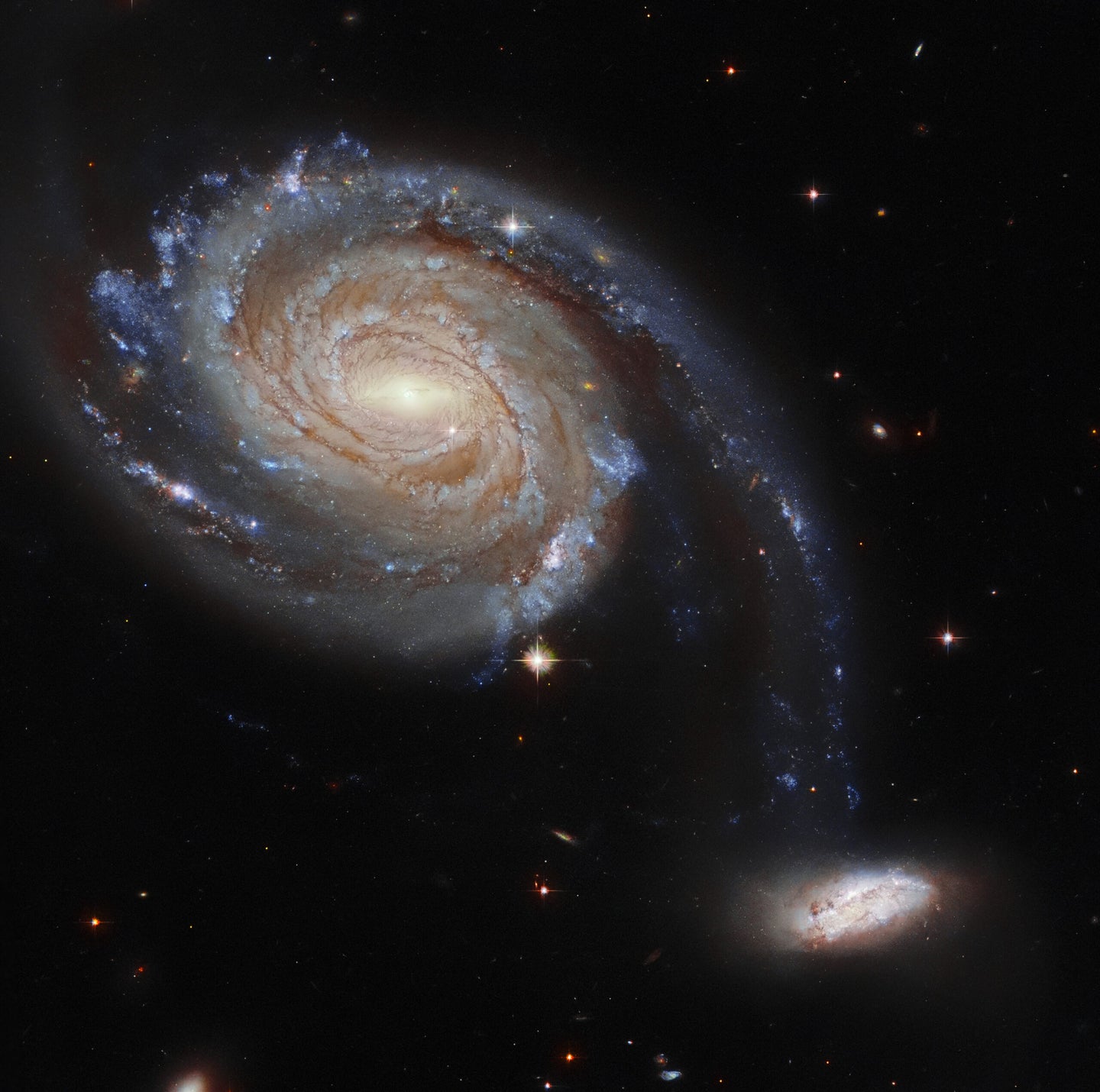 The Hubble Space Telescope recently captured two galaxies “fighting” 220 million lightyears away from Earth. In the distant constellation Pegasus, a massive galaxy and a tiny one may be colliding in a battle of gravity, experts from NASA and the European Space Agency (ESA) posited.

The smaller galaxy, called Arp 86, appears super close to the larger one, NGC 7753. Its location is unusual, which is why it’s in the Atlas of Peculiar Galaxies, a list of interstellar oddballs compiled by astronomer Halton Arp in 1966 (hence the “Arp” in its name). NGC 7753 will eventually either consume this smaller galaxy altogether, or fling it back out into space as the two gravitational fields interact.

Merging and colliding galaxies often set off major changes in space. They can force both parties to shapeshift as they become one, form new stars from the pressure and friction of a pileup, or send a galaxy shooting off over the course of billions of years. Earth’s own galaxy, the Milky Way, is expected to eventually collide with its neighbor, Andromeda. That event is still a long ways off, though, as Andromeda sits at a comfortable distance of 2.537 million light years from us. But when it does occur, it will churn up a completely new galaxy as the two entities merge. Astronomers have also located smaller dwarf galaxies that have bumped into the Milky Way’s gravitational field and been torn apart, like Canis Major and Sagittarius.

Hubble observed the interaction as astronomers strive to further understand clouds of cold gas and dust that form young stars. Arp 86 in particular appears in a dusty area ripe for stellar creation. Future study of Pegasus and other dusty constellations will probably be conducted by technology specifically designed for it, like the James Webb Space Telescope. NASA and ESA plan to launch the 22-meter-long machine into space this December, and is expected to have massive impacts on understanding of space systems, just as Hubble has in its 30-year lifespan.