The Milky Way is warped, but astronomers still aren’t sure why

Our neck of the universe is not such a flat space after all. 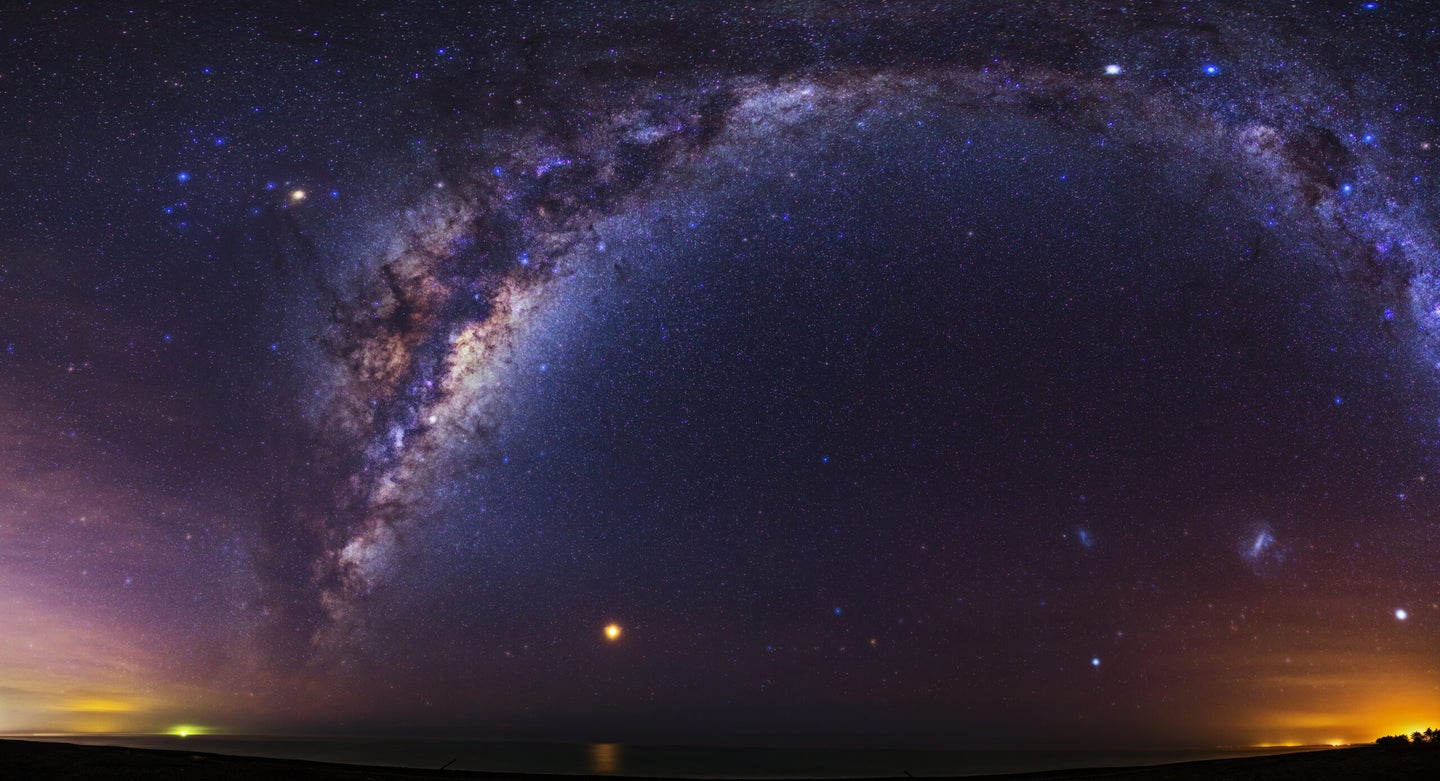 Sometimes it might seem like life on Earth has taken a few bizarre twists and turns in the last few years, but if it helps you feel better, it’s not just us. In reality, the entire galaxy is bent out of shape—literally. Astronomers have created a new 3D map of the Milky Way galaxy, and in a new paper published in Nature Astronomy, illustrate that the galaxy as a whole has a warped structure, progressively twisting out into a spiral.

This isn’t exactly the biggest surprise. For decades, astronomers have observed a twisting pattern of hydrogen gas out in the far reaches of the galaxy. But since that gas layer extends so far out, it was never really clear whether individual stellar bodies in the galaxy were exhibiting the same kind of warping, and whether there was a consistent warp throughout the Milky Way.

This new 3D map wasn’t even intended to trace the galaxy’s warp. “Most science is serendipitous,” says Richard de Grijs, an astronomer based at Macquarie University in Sydney, and a coauthor of the new study. It was his former graduate student, lead author Xiaodian Chen, now at the National Astronomical Observatories of Chinese Academy of Sciences, who had previously compiled a large collection of observations of over 50,000 stars in the galaxy, particularly in infrared. Chen decided to use observations of the Cepheids—a class of young, bright, pulsating stars—to attempt to outline the shape of the Milky Way.

The Cepheids are particularly useful for any astronomical investigation requiring you to trace distance through outer space. They show period changes in brightness over time, and measuring the cycles in those brightness can basically tell you the distance between two points down to an incredibly accurate scale. And since dust and gas doesn’t absorb much of the light on longer wavelengths, astronomers use infrared to look at those cycles.

Ultimately, the team ended up with 1,339 Cepheid observations made with NASA’s Wide-field Infrared Survey Explorer, covering most of the Milky Way. “We knew their positions in the sky, and their distances—that means you have a three-dimensional distribution,” says de Grijs. “By simply plotting that with respect to the distance of the sun, we could see the shape of the Milky Way as constrained by the Cepheids.”

Because we don’t have a telescope sitting outside of the Milky Way, we have to figure out its shape from inside of itself; de Grijs and team analogizes this method as being akin to trying to figure out the shape of Australia from a garden in Sydney, or the shape of China from a park in Beijing. It’s much easier to determine the shape of almost anything if you can look at it from the outside.

Typically, the warped shape of a galaxy is caused by instabilities on the disk’s edge, where the galaxy’s gravitational forces are weaker and objects are more prone to bending and twisting. It’s a common phenomenon for spiral galaxies.

And while the warping of the galaxy isn’t a new revelation, Elena D’Onghia, an astronomer at the University of Wisconsin who was not involved with the study, thinks it’s interesting how the team took advantage of the Cepheids in creating the new galactic map that can characterize the warp at a rather high accuracy.

D’Onghia does note, however, that the origin of the warp still needs a more detailed explanation, especially since the hydrogen gas still seems to twist more rigorously then the stars do. “It could be due to torques exerted by a large satellite galaxy like the Large Magellanic Cloud, or the Sagittarius dwarf galaxy that impacted the Milky Way disk not long ago,” she says. “It could be by torques exerted by the inner disk, as the authors claim. [They] do not really explore the different ways to generate the warp as compared to the data.”

Still, there are some larger astronomical questions the findings ought to help resolve, especially when it comes to dark matter. About 85 percent of the universe is thought to be made of dark matter. We can’t directly observe it, but its presence is implied because it gravitationally affects the movements of other celestial structures whirring around through outer space. “We know we need it to explain the motions of the stars in the Milky Way,” says de Grijs. Understanding the shape of the Milky Way means we can get a better handle on where that dark matter is located in the galaxy.

The findings also ought to help the European Space Agency’s Gaia mission, which is tasked with making observations of approximately one billion astronomical objects (about one percent of the Milky Way galaxy). The new map could give the Gaia project a benchmark with which to compare measurements as they come in.

And let’s not forget that Chen’s catalog of 50,000 is ripe for more thorough analysis to unveil more mysteries of the Milky Way. “There’s a lot more we can do with this and continue to explore what’s in the data,” says de Grijs.