A delicate ballet of cables, membranes, and other moving parts is complete, 600,000 miles from Earth. 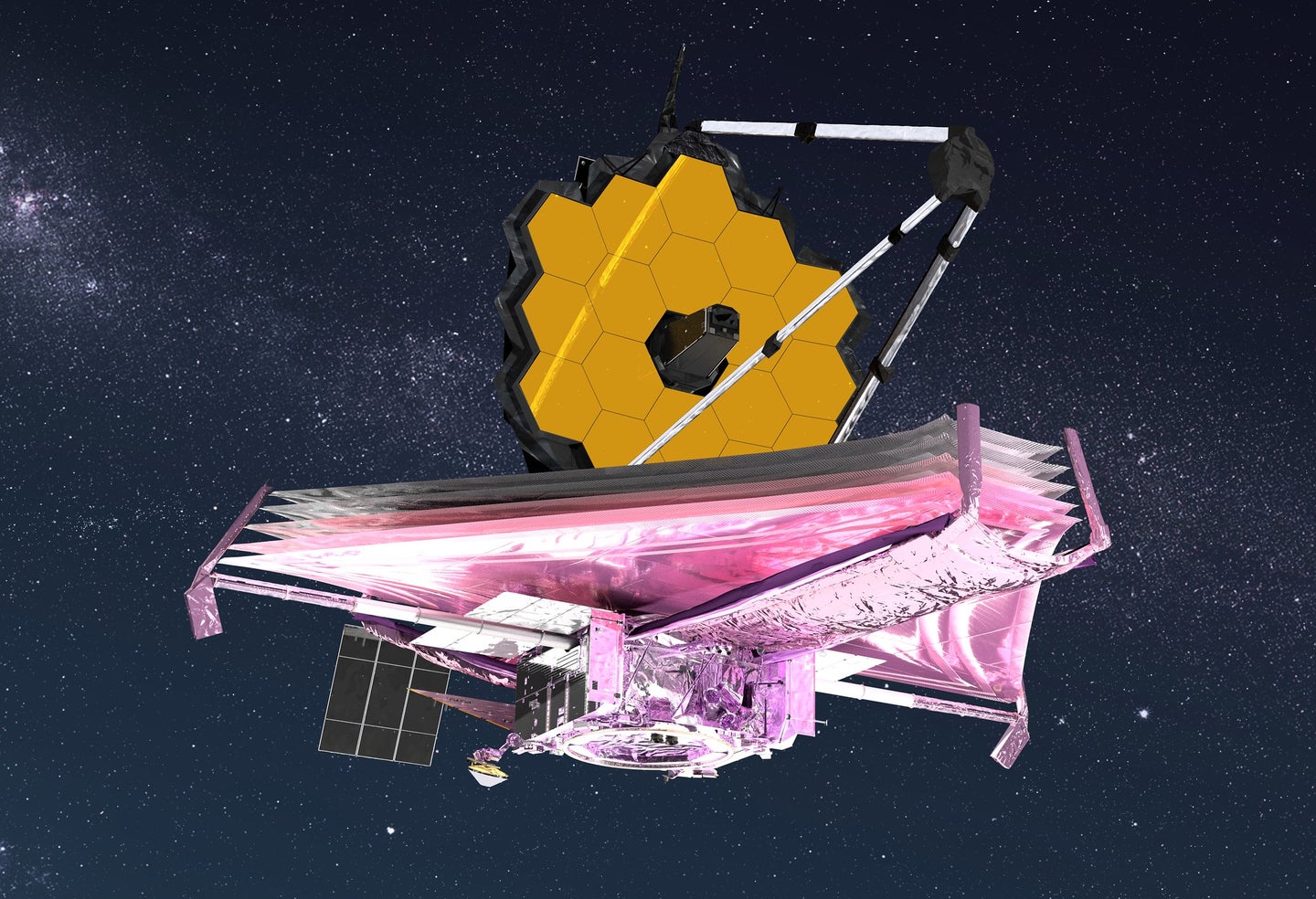 The largest and most complex space science observatory has finally fully deployed its all-important sunshield on Tuesday, after eight days of unfolding and assembly.

The 70-foot sunshield is critical to the James Webb Space Telescope’s operations, and unfurling it was no easy task. Its five layers, each a plastic sheet as thin as a human hair and coated with reflective metal, together provide protection of more than SPF 1 million. The telescope’s delicate scientific instruments also need to be extremely cold in order to detect faint infrared light—the sunshield will ensure Webb stays at a chilly minus 380°F. With its cooling armor, the observatory’s solar energy exposure also drops from 200 kilowatts to just a fraction of a watt.

“Unfolding Webb’s sunshield in space is an incredible milestone, crucial to the success of the mission,” Gregory L. Robinson, Webb’s program director at NASA Headquarters, said in a statement. “Thousands of parts had to work with precision for this marvel of engineering to fully unfurl. The team has accomplished an audacious feat with the complexity of this deployment—one of the boldest undertakings yet for Webb.”

To set up its sunshield, Webb had to carefully unfold then tighten, or “tension,” each layer. “The membrane tensioning phase of sunshield deployment is especially challenging because there are complex interactions between the structures, the tensioning mechanisms, the cables and the membranes,” James Cooper, NASA’s Webb sunshield manager, said in a NASA blog post— it was “the hardest part to test on the ground.”

Webb, a $10 billion instrument, launched on December 25 from a European spaceport in French Guiana. It’s the most powerful telescope to ever be launched into space, equipped with a 21-foot mirror with roughly six times the light-gathering capacity of the Hubble Space Telescope. NASA has been careful to conduct every aspect of the observatory’s launch with exacting control, even delaying sunshield tensioning from its initial schedule so the team could double check the power systems out of an abundance of caution. That carefulness could allow Webb to operate for more than a decade—its minimum baseline operation is five years.

[Related: NASA’s James Webb telescope is unfurling a super-thin shield to save it from the sun]

NASA calculated that there are more than 300 opportunities for potential single-point failures in the deployment of the James Webb Space Telescope. Now that the sunshield is up and properly fitted, the telescope has overcome 70 to 75 percent of those potential mishaps, Webb project manager Bill Ochs told CNN.

The telescope also successfully deployed its secondary mirrors on Wednesday, making it “another banner day for JWST,” Ochs said during a NASA livestream. “We’re about 600,000 miles from Earth, and we actually have a telescope. So congratulations to everybody.” But Webb is still not fully out of the woods yet. Several more deployment days lie ahead, as the observatory sets up its additional mirrors and instruments. In the meantime, Webb is also on its way to its job site, approximately a million miles from Earth—it will begin collecting data and its first images later in 2022.

Successful release of the sunshield is a huge feat for the team behind Webb, and has sparked celebration among the telescope’s crew. “We are going to be bonded forever by what we experienced,” Ochs told NPR—“the JWST team kicks butt.”