This Star Is Ready For A War: NASA Finds Lightsaber In Space

In our galaxy, but still far, far away 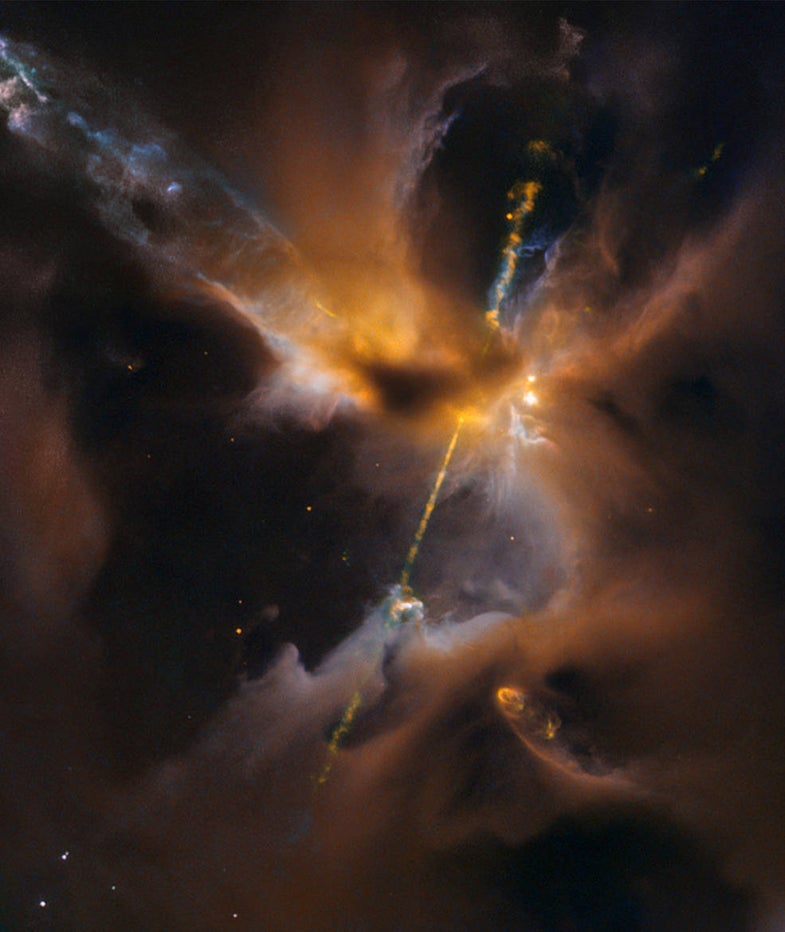 NASA officially has Star Wars fever too. The space agency released an image from the Hubble telescope today that they swear looks just like a lightsaber.

The “cosmic lightsaber” as they’re calling it, is indeed far, far, away (1,350 light years to be precise), but it’s firmly inside our own galaxy. The ‘lightsaber’ parts are two jets of incredibly hot material getting shot out of a newborn star. The jets are located along the rotation axis of the star. Along each of the jets are knots of nebulous gas, called Herbig-Haro objects, which form as the jets collide with the surrounding gas in the Orion B molecular cloud complex, a place where many new stars are being born.

It’s no coincidence that NASA is calling it a lightsaber, and releasing images on the eve of the Star Wars premiere.

“Science fiction has been an inspiration to generations of scientists and engineers, and the film series Star Wars is no exception,” John Grunsfeld, associate administrator for the NASA Science Mission directorate said in a statement. “There is no stronger case for the motivational power of real science than the discoveries that come from the Hubble Space Telescope as it unravels the mysteries of the universe.”

Researchers hope to continue unravelling this particular mystery. The NASA press release described the star and its jets as “ideal targets” for the James Webb Space Telescope, which will be able to see further inside the clouds surrounding the star.

See a video showing the location of the stellar jets below.