This massive bubble floats in a particularly complex nebula. 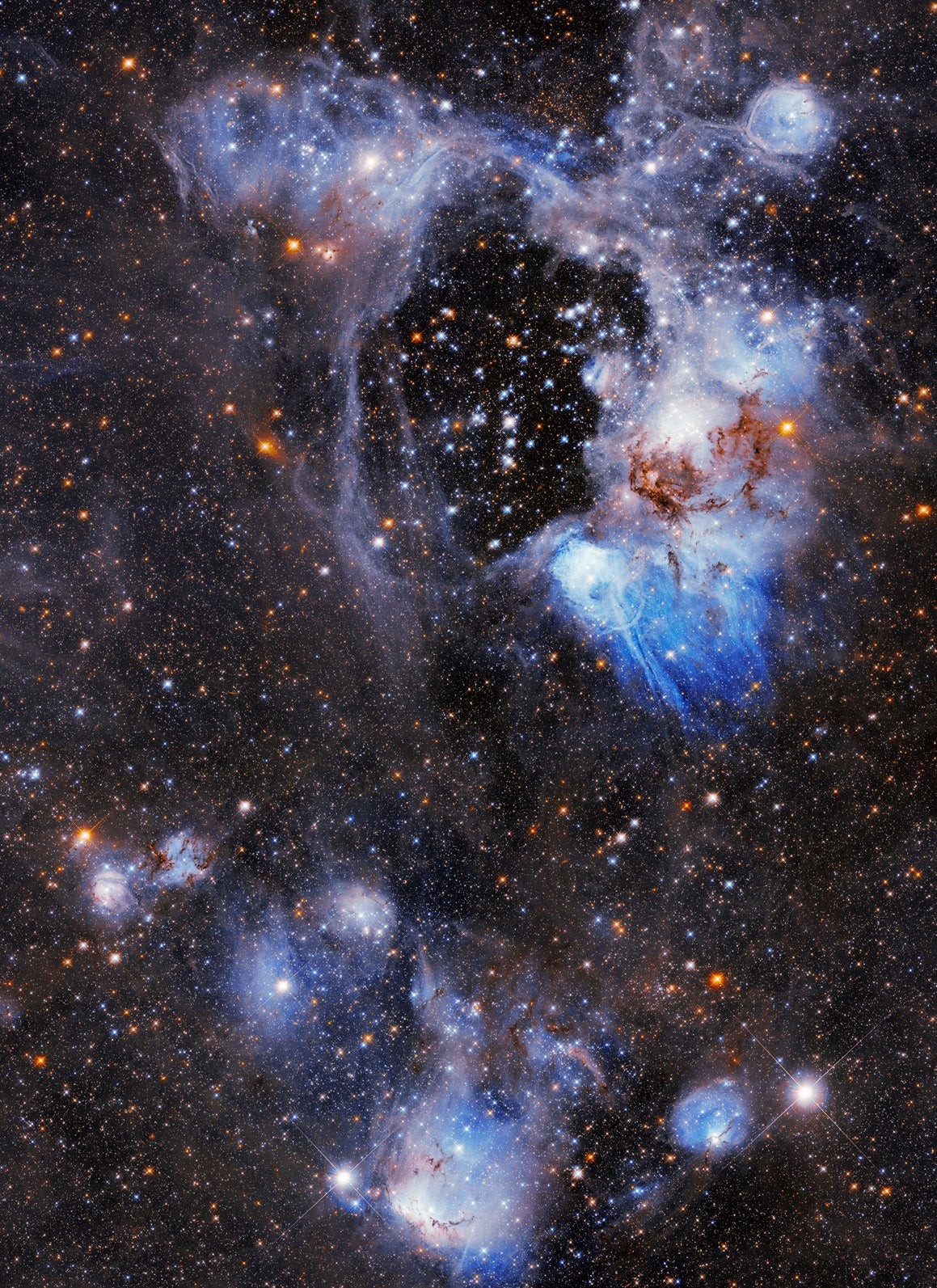 The Hubble Telescope, which launched more than 30 years ago in 1990, just imaged a curious massive bubble in a nebula 170,000 light years away from Earth. The bubble sits in nebula N44, a seriously elaborate 1,000 light year wide nebula filled with stars of all ages and size, clouds of hydrogen gas, and at the center, this massive bubble.

The “superbubble,” as NASA calls it, is 250 light years wide, and scientists are not quite sure exactly why it exists. The dark expanse dotted with stars inside this nebula is a bit of a mystery, although at least one theory for this gaping center exists. One posits that massive stars inside the bubble produce stellar winds that may have blown surrounding gas away, creating the blob. Not everything about this theory quite makes sense, though, because the wind velocities measured within the bubble don’t seem strong enough to do this.

Another, more compelling theory states that the bubble was likely created in multiple chain reaction star forming events, as the stars within it have massive age gaps compared to those on the rim of the bubble. The nebula glows from the cooling of the ionized gas that fills it, dropping from a high energy state to a low energy state. Regardless of its origins, the bubble is as entrancing as ever.